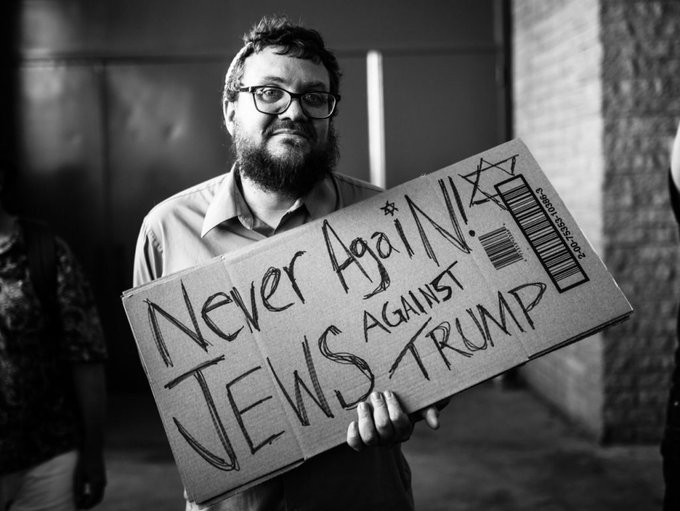 While a Trump triumph probably means that the “pro-Israel” lobby will continue to be sidelined over the next four years, if it survives at all, a Biden victory would get AIPAC back in the game

ed note–as we like to say, to all those experts out there who rely only on their own one-dimensional/superficial analysis in divining exactly what it is that DJT POTUS has been/is doing with regards to Israel and his decision not to allow America to get embroiled in any further conflicts created by Israel for her own benefit, PAY NO MIND WHATSOEVER to glaringly important pieces such as this in bringing the oftentimes confusing picture into better focus.

AIPAC activists, even those who believe that Donald Trump is a godsend for Israel and Joe Biden spells trouble, should be praying for a decisive Democratic win on November 3 while a Trump triumph probably means that the “pro-Israel” lobby will continue to be sidelined over the next four years, if it survives at all. In the lobbying business, protracted redundancy is usually fatal.

A Biden victory would get AIPAC back in the game, albeit with a daunting twist. On the one hand, the lobby is more than likely to quickly regain exclusive rights to represent its fickle, long-lost client, the government of Israel, especially if Benjamin Netanyahu is still around. The prime minister will need all the help he can get to shed the toxic legacy of his mutual admiration society with Trump, which is a red flag for many Democrats – doubly so if victory makes them bullish.

On the other hand, in a Democratic administration, especially one in which the party controls both houses of Congress, AIPAC would have to contend with an old nuisance turned potential nemesis, J Street. The self-styled “political home for pro-Israel, pro-peace Americans” is no longer the impudent and upstart new kid on the block that it was during the eight years of the Obama administration, when AIPAC still reigned supreme. Far from it.

If Biden wins, and all the more so so if Democrats assert control over both houses of Congress, J Street will be a formidable, if not equal, competitor for the hearts and minds of the ruling establishment. If Israel sticks with its short-sighted antipathy to J Street, and AIPAC lets Jerusalem call the tune, the pro-Israel lobby’s energies will ultimately be consumed by internal conflict instead of regaining and fortifying its foothold in the corridors of power.

In days of yore, presidents went and presidents came, but AIPAC stood eternal, solid as a rock. The lobby was a durable switch hitter: Its top echelons and mass membership leaned Democratic, but its sentiments and preferences, as far as Israel goes, were increasingly aligned with Republicans. Trump’s election upended the equation: For the first time in its 40-year existence, AIPAC was pushed off center stage. Worse, its one and only client left home and had brazenly and openly retained the services of others.

The America-Israel Public Affairs Committee, once ranked just behind the then all-powerful National Rifle Association in terms of Washington clout, fell prey to the binary with-us-or-against-us polarization in U.S. politics. Just as Trump’s divisiveness and the extreme emotions he elicits on both drove a wedge between pro-Trump and anti-Trump Jews, it split the pro-Israel community in two and initiated an unprecedented rightward shift in pro-Israeli power, influence and, most crucially, access. Adelson and the evangelicals took over and AIPAC was shunted aside.

AIPAC’s predicament was compounded by the fact that Trump’s unabashedly pro-Israel policies and decisions were making its own long-held dreams come true. AIPAC had long lobbied for U.S. recognition of Israeli Jerusalem and Golan Heights, for U.S.-brokered regional “peace” that sidelined the Palestinians and against the Iran nuclear deal. When crunch time came and history was in the air, AIPAC found itself in the bleachers, a kibitzer cheering the glory of others.

The uncanny meeting of minds between Trump and Netanyahu made AIPAC redundant, almost by definition. The two leaders, however, not only didn’t need AIPAC’s help, but didn’t want it, either. Netanyahu’s generous right-wing benefactor before their falling out, Sheldon Adelson, became the GOP’s and Trump’s biggest donor. Much as the tough-talking wannabe billionaire in the White House may have resented the far tougher, true-blue tycoon in Las Vegas, he could hardly afford to ignore him.

Adelson, never a big fan of AIPAC, expanded his influence in Washington with a coterie of Jewish Republicans who either share his views, benefit from his fortunes, or both. Trump, needless to say, is unlikely to be very aware of or concerned with what AIPAC is or does, anyway. But then came the far more controversial one-two punch when, to the chagrin of most of the Jewish community, the largely Jewish lobby that insists on being dubbed “pro-Israel” was supplanted by, of all people, messianic Christian evangelicals.

Long cultivated by Netanyahu and the Israeli right as a bulwark against naïve U.S. peace-seekers, the 50-million strong evangelical community emerged as Trump’s indispensable base and most fervent crusader. Their wishes, including those that originated with Netanyahu or his emissary, Ron Dermer, became the president’s command.

With a president hailed by Israel as a lion of Judah, Republican lawmakers who follow him in lockstep and a Democratic Party disinclined to challenge the administration’s pro-Israel policies – with the notable and crucial exception of the Iran nuclear deal – AIPAC was deprived of its traditional role of recruiting Congress to curb Middle East policies deemed harmful to Israel. The lobby had not only lost its client; it didn’t have many objects at which to direct its persuading efforts, either.

A Biden victory would instantly remove Adelson and the evangelicals from their current positions of supreme influence and give AIPAC a shot at landing the leading role on center stage. It is far from clear, however, that it is the top candidate for the role: Not only has J Street cornered the market of Israel-supporting Democratic moderates who detest Netanyahu and his policies, but AIPAC will also have to work hard to regain the trust and favor of more mainstream centrist Democrats, as well as top foreign policy officials in a future Biden administration. They still show the scars from the bitter 2015 battle over the Iran nuclear deal and still bear its grudges.

The pro-Israel lobby cautioned Netanyahu against a costly head-on confrontation with Barack Obama, but joined him in battle nonetheless, winding up with the worst of both worlds. Netanyahu blamed what he viewed as AIPAC’s half-hearted efforts for his failure to convince enough Democrats to block the deal, strengthening his resolve, once Trump was elected, to rely on evangelicals instead.

At the same time, Democrats have neither forgiven nor forgotten AIPAC’s apocalyptic depictions of Iran as an existential threat to Israel and their sometimes implied, often explicit, inference that a vote for the deal was a vote for Israel’s destruction.

The same dynamic, albeit with less anger and resentment, is also at play on the Israeli-Palestinian issue. AIPAC may have courageously stuck to its guns by continuing to support a two-state solution of one sort or another despite pressures to the contrary, but J Street’s unequivocal endorsement of genuine Palestinian independence and clear-cut territorial division is far more acceptable in the eyes of most Democrats today.

Many of the new Democratic lawmakers that came to Congress in 2018, and those that might join them in 2020, don’t know and probably couldn’t care less that AIPAC was the only game in town way before J Street was born in 2007. AIPAC is still the bigger, wealthier and more experienced of the two groups, but J Street has diligently cultivated a growing legion of up-and-coming Democrats who are more connected to the current zeitgeist of the party, if not a Biden White House.

The purely Israeli interest is for J Street to collaborate with AIPAC, because the alternative is for it to find common cause with the radical anti-Israel contingent of the Democratic Party. The recent parting of ways between J Street and Alexandria Ocasio Cortez over her withdrawal from participating in a memorial for Yitzhak Rabin highlighted the gaps, but these are far from unbridgeable.

It will be hard enough for AIPAC to recalibrate its hitherto condescending hostility towards J Street, but Netanyahu will ultimately drive them apart. AIPAC would probably prefer to deal with a different Israeli leader, but in their situation, beggars can’t be choosers and they’ll take what they can get.

J Street, on the other hand, shares much of the Israeli center-left’s deep-seated antipathy towards Netanyahu, which is getting worse by the day. With most Israelis feeling that their country is split down the middle and falling apart, it’s only fitting that the lobbies purporting to represent them follow in their footsteps.