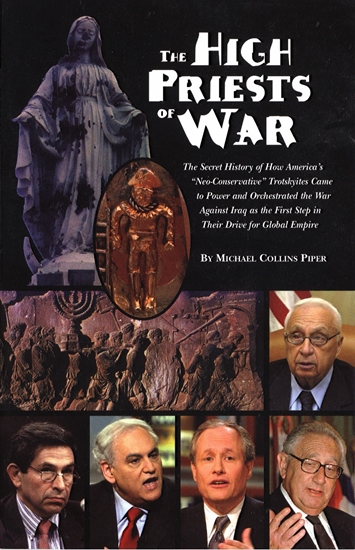 Mr Kristol, one of American’s most prominent conservative commentators and activists, had vigorously opposed Mr Trump’s nomination by the Republican party and refused to vote for him in the presidential election.

But while many of his fellow Republicans and conservatives came to first reconcile with, and then become noisy cheerleaders for, the President, Mr Kristol has remained one of the small band of ‘‘Never Trumpers’’ who have refused to put party before principle.

It is hard to fault Mr Kristol’s conservative credentials. The son of Irving Kristol and Gertrude Himmelfarb, as a young man he served in the Reagan administration. He later worked as former Vice-President Dan Quayle’s chief of staff. And, in the 1990s, he led the Project for the Republican Future, which helped shape the strategy that led to the “Gingrich revolution”, before founding the influential neoconservative Weekly Standard magazine.

But while Mr Kristol remains proud of that record, he will be voting for Joe Biden in November.

“The main thing right now is to get rid of Trump,” he says. His differences with the President — on foreign policy, trade, immigration, for instance — are very real. But, he says, “Trump’s authoritarianism, the demagoguery, the recklessness, the irresponsibility” go “way beyond the issues…In terms of the real damage to our political institutions, our civic structure, it’s been pretty much as bad as I feared,” Mr Kristol says of Donald Trump’s first term.

Kristol admits that he’s been surprised by the reaction of Republican elected officials and donors, as well as conservative pundits, journalists and intellectuals, to the President’s behaviour. “It’s a little astonishing, kind of appalling, that everyone’s just gone along and rationalised it and there’s been so little straightforward opposition,” he argues.

Of conservative intellectuals who have supported and defended Trump, he suggests, “it turns out the power of rationalisation is very great”. He draws a parallel with intellectuals in the 1920s and 1930s ,“who should have known better about both Fascism and Communism — who did know better in some ways in a literal sense — but who were able to rationalise really horrible things”.

It is, believes Mr Kristol, probably not a coincidence that Jewish conservatives have also been among Mr Trump’s most vociferous critics. “A lot of the Jewish conservatives and neoconservatives were always, and they said this, defenders of an older liberalism, as well as people who appreciated an older conservatism,” he suggests. “They weren’t dyed-in-the-wool conservatives looking at a heritage of decades or centuries of conservatism [and] I think they always had more of an appreciation of the liberal contribution to liberal democracy and western civilisation. In that respect, they’re less tolerant of Trump’s assault on core aspects of liberal democracy at home and the liberal world order abroad.”

It is the prospect of a Trump second term that Mr Kristol finds “very worrisome… If he’s re-elected, that increases your power a lot. That means the country has said his first term was OK and he deserves another. That’s a pretty big statement about America going forward. That’s a very big statement to the world.”

He is hopeful, however, that Biden will prevail. While he believes that the power of incumbency and hyper-partisanship does not make Mr Trump’s defeat certain, he suggests that current polling “looks a lot like 2018” when the Democrats gained control of the House of Representatives by winning many formerly Republican suburban seats.

“Never Trump” voters, together with those who reluctantly backed the President in 2016 or sat the election out, are now leaning towards Mr Biden, and represent a “significant part of the electorate” who could play a decisive role in November, he argues.

“Normal political science would say that a country that’s in a recession, has a pandemic going on, that’s been very badly managed and has rioting in its streets is not going to re-elect a president,” Mr Kristol suggests.

Of course, he continues, “these aren’t normal times and Trump’s a pretty good demagogue in his own extremely vulgar and simple-minded way. He has some sense of how to rally at least some percentage of the people”.

Nonetheless, he argues, “I think it’s likely to be 42 per cent of the people not 48 per cent”.

He is, however, pessimistic about the future of the Republican party even if Trump loses. “Once you have a party that so thoroughly goes along with the president… it’s a little hard just to throw four years down the memory hole,” he argues. “You need a repudiation of Trump and Trumpism in my view for a healthy Republican party. That’s a little hard to see happening.”

As to how he would now describe himself politically, Mr Kristol laughs. “I think ‘Never Trump’ is good for the short term,” he responds.