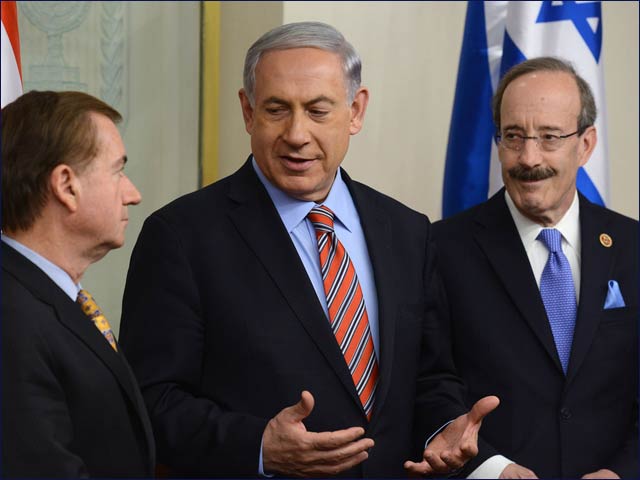 thehill.com
House Foreign Affairs Committee Chair Eliot Engel (D-N.Y.) is requesting Secretary of State Mike Pompeo to testify before his panel next week about last week’s airstrike that killed a top Iranian general.
The invitation comes as Democrats demand answers from the Trump administration on its decision to kill Iranian Maj. Gen. Qassem Soleimani in a drone strike in Baghdad and criticize the move as a drastic escalation with Tehran.
“The Trump Administration has escalated tensions with Iran to a dangerous new level. The American people have serious questions about the real reasons behind last week’s strike and the planned path forward,” Engel said in a statement circulated by his committee.
“Right now, it doesn’t look like Trump Administration actions are de-escalating the conflict or opening the door to negotiations, so Secretary Pompeo should welcome the opportunity to make his case to Congress and the American people.”
Engel said Pompeo’s presence the hearing, scheduled for Jan. 14, would provide “valuable context” for the strike as Democrats weigh “legislation related to the use of military force, as well as the strategy and aims of U.S. policy in Iraq and the broader Middle East.”
The White House has defended the strike against Soleimani, who directed Tehran’s proxies across the region including many in Iraq who fought U.S. troops, saying he had American blood on his hand and was planning another imminent attack on U.S. interests.
However, Democrats have expressed concerns a possible response from Tehran, particularly after Iran’s Supreme Leader Ayatollah Ali Khamenei vowed “harsh retaliation” over the killing.
The strike has already produced a cascade of aftereffects, including a pause in the operation against ISIS to bolster defenses against possible Iranian retaliations and a vote by the Iraqi parliament calling for the government to expel U.S. forces from the country.
Democrats have introduced several pieces of legislation in both chambers of Congress that would force President Trump to receive a congressional mandate to use force against Iran and curtail his ability to use funds for a war.