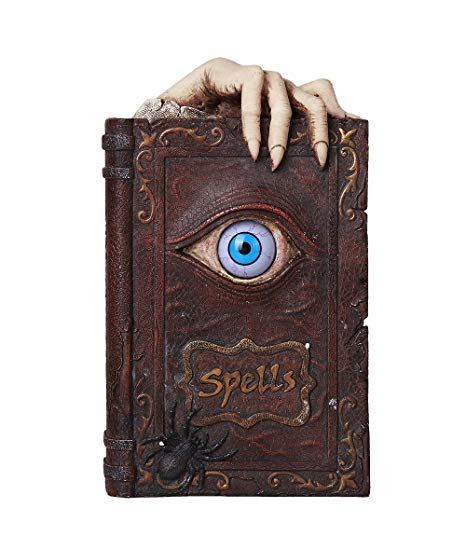 This is bad for the country and particularly for our Jewish democracy.

ed note–once again, a prima facie demonstration of the Jewish brain and its complete disconnect with reality, past and present.

And to that end, once again, a lil’ scriptural reference to put things in their proper perspective–

‘When the Lord your God brings you into the land you are entering to possess and drives out before you the many nations living there, and when the Lord your God has delivered them over to you and you have defeated them, then you must destroy them totally…Make no treaty with them, and show them no mercy. Do not intermarry with them. Do not give your daughters to their sons or take their daughters for your sons, for they will turn your children away from following me to serve other ways, and the Lord’s anger will burn against you and will quickly destroy you. This is what you are to do to them: Break down their altars, smash their sacred stones and put their idols to the torch. For you are a people holy to the Lord your God and the Lord your God has chosen you out of all the peoples on the face of the earth to be his people, his treasured possession…’

Again, this is not from Herzl, Jabotinsky or any of the other modern-day ‘Judaic luminaries’ who dredged up the Jewish state from its 2,000-year old grave (courtesy of the Roman general Titus) but rather from Moses, considered to be the ‘Godfather’ of Judaism and whose ‘5 books’ have stood as the ‘law of the land’ for the followers of this backwards, violent and irrational cult.

In this passage, the (honest) reader will see UNEQUIVOCALLY AND WITHOUT CONFUSION OR CONSTERNATION that the ‘protocols’ which the Hebrews/Israelites/Judeans/Jews were/are ordered to employ in dealing with those Gentiles in their midst were/are Kristol clear in their message, to wit–

–Make no treaty with them…

–Show them no mercy…

–Do not intermarry with them…

Therefore, given that these ‘commandments’–again, thousands of years old–are Kristol clear on this, the question that must be asked by any rational person reading the passage below is–

1. From whence does it originate,

2. Is it possible that a Hebrish writer opining in a Hebrish news outlet is unaware of just what the commands of Moses were/are as clearly appearing in the ‘5 books’ credited to his authorship?

a simple 2-word answer should suffice–

Rather, what this is all about and what intelligent, rational Gentiles should come to understand is that this is the ‘dance’ which the followers of Judaism have utilized and perfected over the many millennia of their wretched existence known as the ‘Tel Aviv Two-Step’ otherwise made Kristol clear in the motto of the intelligence/disinformation/assassination service known as Mossad, which is ‘by way of deception, thou shalt do war…’

The various ‘right-wing’ political parties that function as the topic of discussion in this OpEd are EXACTLY the kind of political parties which Judaism demands and which conform to the precepts and commandments laid out in the passage above, (just one of many) and those followers of Judaism on ‘the left’ such as the author of this OpEd who make the PRETENSES of moral indignation fall into one of 2 catagories–

1. They either are unaware of what their ‘religion’ demands (again, ‘fat chance’)

2. They are deliberately lying.

The smart money, along with thousands of years of historical precedent says it is the latter, since it is now an axiom of the last 6,000 years that when speaking  to Gentiles–

In 1984, Meir Kahane was elected to the Knesset. He was never accepted by his fellow parliamentarians. When Kahane would speak from the plenum, members of the Likud Party would leave the hall, refusing to give legitimacy to someone they considered to be a racist.

Kahane’s opponents compared his legislative suggestions – to ban Jews from marrying Arabs and to create separate bathing areas at beaches – to the antisemitic Nuremberg Laws passed by the Nazis in the 1930s. And while he served only one term in the Knesset, Kahane’s influence has lingered long after his tenure and his assassination in 1990. His party was designated a terrorist organization abroad and was later banned from standing for the Knesset.

It was a different time. On Wednesday, Prime Minister Benjamin Netanyahu’s Likud Party signed a surplus vote sharing agreement with the Religious Zionist Party led by Betzalel Smotrich, which includes factions from both the Kahanist ‘Otzma Yehudit’ and ‘Noam’.

The 1980s were not only a different time; Likud was a different party and had red lines it would not cross. Yitzhak Shamir, one of the Likud leaders Netanyahu says he looked up to, walked out of the Knesset plenum when Kahane would speak. The idea of signing a vote sharing agreement with him would never have been entertained. It would have been an impossible idea.

This is not the only partnership Netanyahu has forged with the Kahanist party. In the first round of elections in 2019, Netanyahu helped broker another deal that saw a merger between Bayit Yehudi and Otzma Yehudit. As now, also then, Netanyahu added a member of the party to his own Likud list to help facilitate the merger.

When the deal was made in 2019, Jewish communities across the world responded with a series of condemnations. AIPAC and the American Jewish Committee came out vehemently against the merger, stressing their long-term policy not to meet with members of the party.

This time around there were no condemnations from the US or other countries. In Israel, the news was also met largely by apathy, a sign of how desensitized the Israeli electorate has become after three rounds of elections and as it nears its fourth.

It is also a sign of how no one is surprised anymore by what Netanyahu does, or is willing to do, to ensure his political survival as he searches for a way to avoid standing trial and possibly being convicted in the three cases against him on charges of fraud, bribery and breach of trust. It is a sign of how little Israelis expect nowadays from their political leadership.

This is a sad state of affairs and it should not be accepted. Israelis should care and should not allow the legitimization of a political movement with racist roots and policies to pass with no more than a shrug of the shoulders.

This is a new low that should worry us about what is yet to come. But this it is also a problem with the situation that Israel is currently in. When a sitting prime minister is on trial, there will always be a mix between what is being done for the country and what is being done to advance the politician’s personal best interests.

This is bad for the country and particularly for our democracy. What else should we expect to happen before and after the March 23 election? We don’t yet know but we must be vigilant. Israel’s democratic character is at risk and needs protecting. Alliances with anti-democratic forces like the party led by Smotrich and joined by Otzma Yehudit’s Itamar Ben-Gvir is an unholy alliance and should be condemned. This is a party whose members speak about Arabs in a manner that is simply intolerable in any democratic society.

Netanyahu has every right to defend himself in the Jerusalem District Court where his trial is being heard but political red lines must be placed that even he cannot cross. Shamir understood that. Other past members of the Likud too. Sadly, Netanyahu does not.