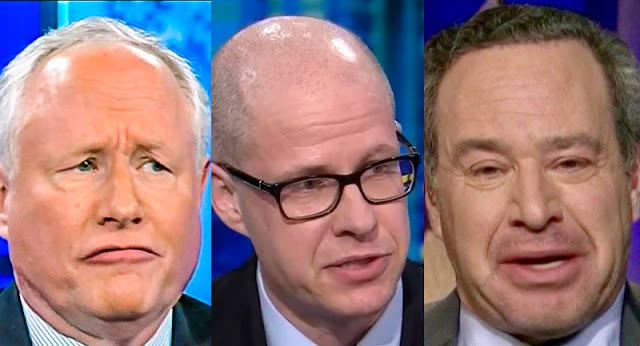 Trump is the most divisive president of our lifetime. But he has also had the odd effect of bringing together liberals and some conservatives, at least on the issue of presidential fitness.

It’s not like they met in the middle, though. We liberals have the luxury of opposing Trump’s unfitness without altering political course. It’s the “Never Trump” Republicans (derided as “human scum” by our oh-so-eloquent president) who are doing all the moving.
And they deserve credit for what is, in many ways, an unprecedented show of courage and principle over partisan power-mongering.
Yes, many of the Never-Trump movement’s stars — Weekly Standard founder William Kristol, New York Times columnist David Brooks, former George W. Bush speechwriter David Frum and others — helped create the conditions that ushered in the Trumpism they now abhor. They sat silently as their party embraced populism and played footsie with racism. They pushed economic policies that coddled the rich and stoked working-class resentment. They goaded us into such a stupid war that bullheaded isolationism looks brilliant by comparison. In many ways, they made this bed.
But that’s precisely why their voices are so valuable now.
If a Rachel Maddow were to appeal to potential GOP presidential candidates to oppose Trump’s renomination, for example, it would inevitably sound cynical. But consider this direct appeal from Kristol, whose pro-GOP motives are unquestioned:
“You have a unique chance to act for your party and your country. You can play a role in overcoming the shame and stain of the past three years, and in the reformation of a once great party. Win or lose, you will go down in the history books as a man or woman of honor.”
A liberal’s analysis of the damage Trump has done to this country and what it will take to heal could be fairly viewed as exaggeration for the sake of political gain, but from someone like Frum, it becomes a dire warning:
“Restoring American democracy to healthy functioning will take more than the ejection of Donald Trump from the White House. Shoring up the frayed political system will require leaders who can rebuild Americans’ trust in one another and in institutions, and reestablish historical norms. As Trump assembles fuel and flame to scorch the earth he leaves behind, that will not be easy.”
Historically, partisans will generally hold their noses and get past whatever they don’t like about an incumbent president of their own party. The power to shape the courts, alone, is often held up as justification enough to get along.
As the Never Trumpers understand (and as too many other Republicans, including most in Congress, don’t), Trump’s unique unfitness for office makes that common trade-off ethically indefensible here. No roster of judges is worth the damage this man has done to our political norms, our democratic institutions and our standing in the world.
Kudos to those rare Republicans who, at risk of exile, are calling out the party they’ve always called home. Any liberals who think otherwise should ask themselves honestly: If a Democratic version of Donald Trump were wreaking havoc and threatening democracy on behalf of your side instead of theirs, would you see the danger so clearly?