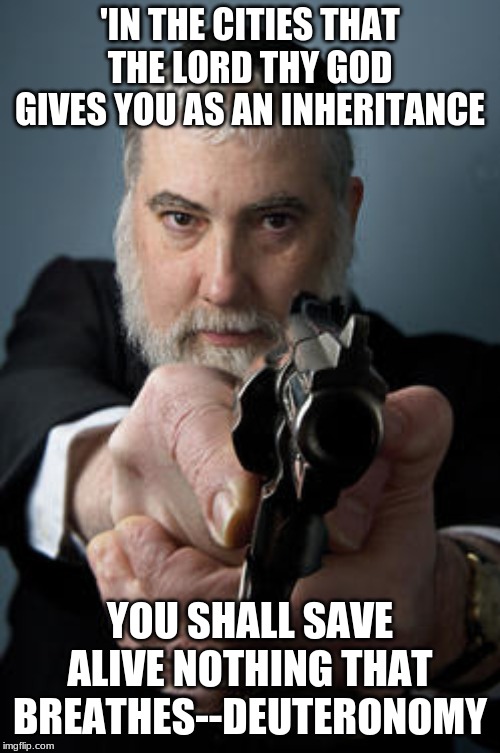 ed note–as much as it seems a trivial matter, the fact however is that this is actually of vital importance in terms of the ‘bigger picture’.

One can imagine–and especially these days–a deadly pandemic sweeping the globe and the manner in which those ‘medical people’ whose ‘qualified expertise’ on matters involving public health and what may be life and death for millions or even billions of people is of strategic importance.

We can imagine even further then the deadly outcome resulting from any such pandemic being misunderstood/misdiagnosed by those same ‘medical people’, for example, incorrectly declaring the pathogen a bacteria rather than a virus or vice versa. The wrong drugs would be used, the wrong treatments applied, and thus the disease would be given a free and open road in wreaking its havoc upon a defenseless population.

It would be a disaster, and not because the sick people themselves were necessarily to blame for it, but rather due to the fact that the doctors tasked with rendering an accurate diagnosis of the disease failed in their duties, either deliberately or out of incompetence on their part.

And likewise with the deadliest social/cultural/political/intellectual plague ever to infect the otherwise healthy status of human stasis, incubated in the mental/spiritual swamp of the Sin-a-Gog known as Torah Judaism. Now, just like any genuine physiological pandemic, the toxic, virulent, infectious and aggressive properties of its unchanging nature is seen in a 360-degree arc, and particularly in the West, considered ‘ground zero’ in terms of the pandemic, from media to finance to politics to culture, etc, etc, etc.

And just as it has been in past centuries, this ‘sickness’ today is due in large part to the willful choice on the part of organized Gentile societies to disengage themselves from simple ‘hygienic’ practices of disallowing the virulence of the Ju-bonic plague to infect them and their civilizations at both the micro and macro levels. This refusal to engage in simple Gentile hygiene has all been the result of ‘disease denial’, and this due to those ‘medical people’ within various levels of Gentile society–beginning with the ‘men of the cloth’ wearing the clerical collar–who have preached for 2,000 years that Judaism was the sanctified message of the universal creator intended for the collective mind of man in building a world based upon cooperation, peace, order, etc.

When in fact, nothing could be further from the truth. An honest and very rudimentary examination of this claimed ‘sanctified message’ reveals that at its core, it is a plague that brings disease, disorder, and death, just as was the case going all the way back to its very first entrance into Egypt and where Pharaoh’s entire household fell ill as a result of Abraham and Sarah’s dishonesty concerning her presumed virgin status as Abraham’s ‘sister’.

Now, as it relates to the story below–

1. Within various ‘neighborhoods’ are those ‘medical experts’ who make the fallacious and without-merit claim that the bringers of the Ju-bonic plague do not follow their ancient Torah, but rather the Talmud. These same ‘medical experts’ go further in their fallacious and without-merit claim in parroting the millenial untruth that the Torah is in fact the sanctified message of the universal creator and that it is every bit as ‘healthy and hygenic’ as its ‘new and improved’ version, the Gospel of Jesus Christ.

And, as the story below makes Kristol clear, this is simply hogwash. The Torah and the radioactive Judaism which it emits and which causes sickness and death everywhere/everywhen it goes remains the beating heart of the Ju-bonic plague, and all anyone need do in garnering affirmation of this fact is to read the Jewish press on any given day.

Next, what this news story conveys is the deadly marriage of bad religion with political/military force which can only beget the deadly offspring of ‘holy war’, in this case ‘ju-had’, which by virtue of its dysfunctional and destructive essence, can NOT be propagated/promulgated through reasoning and/or the superiority of its philosophical nature but only by brutal, deadly force.

As an aside, the ‘rebbe’ pictured below carrying the Torah scrolls is the Chief Rabbi for the IDF, Eyal Karim who was the subject of a very brief but quickly-forgotten scandal in the run-up to his appointment to said post for his having issued previous religious rulings where he justified the rape of Gentile women by Jewish soldiers in battle, basing this ‘moral’ justification on the fact that it is precisely this which the Torah permits.

A ceremony last week celebrated two organizations that work on behalf of Israeli soldiers—Netzach Yehuda Association and Yahad: United for Israel’s Soldiers—that renovated a synagogue and donated deluxe furnishings for members of the haredi Tomer unit of the Givati Brigade.

Two new Torah scrolls, written especially for its soldiers, were also installed in the synagogue on Givati’s army base at Har Keren in the Negev Desert.

The Tomer unit was established in 2014. Soldiers receive the necessary provisions that allow them to serve in the Israel Defense Forces while maintaining a Torah-observant lifestyle. 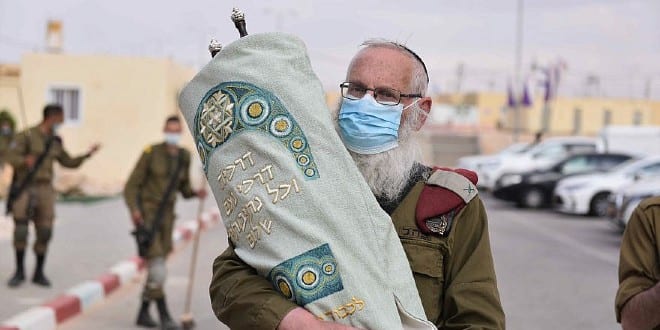 Karim congratulated participants, donors and Netzach Yehuda rabbis, and delivered an address in honor of the synagogue and new Torah-scroll dedications.

‘This event connected exactly with the week’s Torah portion, Parshat Terumah, which states, ‘And they shall make me a sanctuary, and I will dwell in them,’ said Netzach Yehuda president Rabbi Tzvi Klebanow. ‘We must remember that in parallel with difficult training exercises, we must pray to G-d that he gives us the determination to be messengers on behalf of the people of Israel.’

He continued, noting that ‘Tomer unit soldiers are an example of a quality, professional company—one that preserves the values they bring from home. You are an example of how an ultra-Orthodox lifestyle can be combined with the mission to protect our people.’