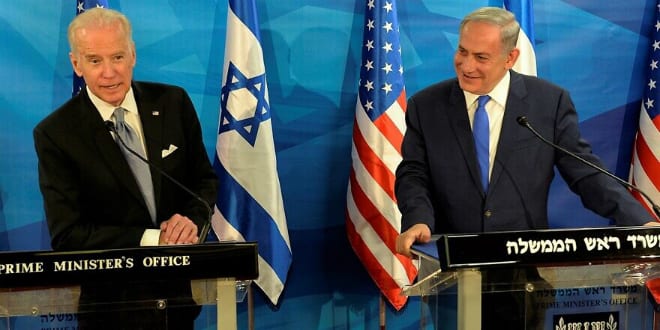 “We’re here to stay. We’re continuing to build the Land of Israel!” Netanyahu wrote on Facebook.

ed note–all of you, and especially those in the ‘pro-Palestinian’ community, who added their own voices to Judea’s dirty tricks leveled against DJT, both in terms of his Impeachment and all the political upheaval taking place now–

You know how close you came to finally having your own ‘Palestinian state’ under DJT’s ‘Deal of the Century?’

A hell of a lot closer than you’ll ever get to having one under Biden, who REALLY IS Netanyahu’s ‘Boy Toy’, who isn’t going to lift a finger to stop the wars that Netanyahu has planned for the entire region and who you helped get ‘elected’ with all your noise and nonsense.

Israeli Prime Minister Benjamin Netanyahu announced Monday that he will advance plans to build over 800 new settlement homes next week, days before Joe Biden is sworn in as president of the United States.

The move is likely to rile Biden, who like most past U.S. presidents opposes new settlement construction.

“We’re here to stay. We’re continuing to build the Land of Israel!” Netanyahu wrote on Facebook.

Tal Menashe, where an Israeli settler woman was allegedly killed by a Palestinian attacker last month, is among the settlements where the new homes will be constructed, according to a report cited by The Times of Israel.

In 2010, Biden was angered when Netanyahu announced new settlement construction just as the then-vice president touched down for a visit meant to calm U.S.-Israel relations.