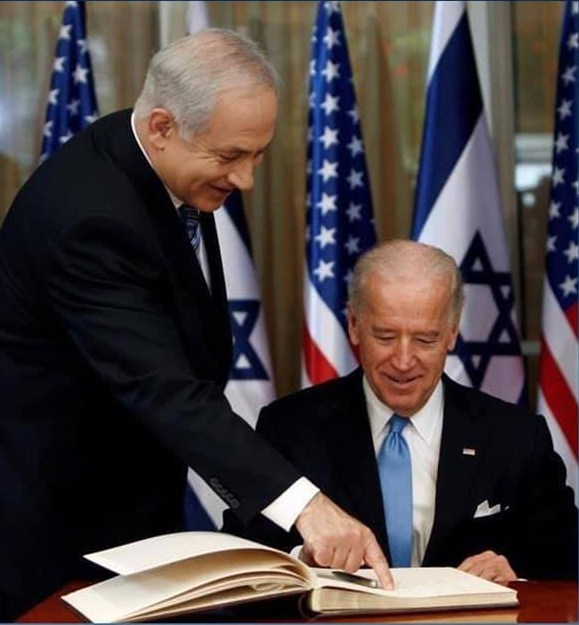 “The Iranians didn’t realize that Biden is not Obama, and that in the end they will miscalculate and get hit,” an Israeli official was quoted saying.

ed note–and once again ladies and Gentile-men, NO ONE professing any degree of ‘expert-cy’ on matters related to the subject of Judea, Inc and its maniacal drive to drench the entire world in ‘holy war’ should be to the slightest degree surprised that the same ‘holy war’ that began shortly after 9/11 and which took a 4 year hiatus under the presidency of DJT has now re-emerged in just about 1 month under Biden.

This was the plan beginning as far back as 5 years ago when the Judaic powers that be moved heaven, hell and everything in between in trying to see Hillary Clinton seated at 1600 Pennsylvania Ave over DJT.

Having failed in that endeavor, they then waged a relentless, non-stop seek-and-destroy campaign against DJT that included amongst other things, a 24/7/365 wall of noise in the JMSM, several investigations involving ‘Russian meddling’ and Ukraine, an Impeachment, a pandemic, failed economy, stolen election, and a false-flag ‘insurrection’ followed by a 2nd impeachment.

In other words, viz Biden’s pushing the ‘play’ button on the wars for Israel that DJT paused, nothing out of the ordinary, business as usual.

A certain ‘pedigree’ of ‘activists’ professing various degrees of ‘expert-cy’ on matters related to the subject of Judea, Inc and its maniacal drive to drench the entire world in ‘holy war’ completely missed the boat on this one. Operating as they did (and continue to do to this day) on the most simplistic, one-dimensional and monoscopic understanding of the oftentimes complex, complicated and even convoluted nature of geo-politics where Judea, Inc is involved, they completely misread and thus misdiagnosed the various ‘symptoms’ indicating the ‘health’ of the DJT administration and particularly in its dealings with Israel and the Middle East. Assigning DJT’s plans for bringing about the ‘ultimate peace deal’ as him ‘doing as ordered’ by his ‘Zionist masters’, and particularly in the SUPERFICIAL  appearances of him ‘favoring Israel’ over the Palestinians, what these various ‘activists’ failed to see that what he was in fact attempting to do was to bring an end to the ‘endless wars’ for Judea that began immediately after the Israeli-engineered terrorist attacks taking place on 9/11 by beginning–even if in merely a rudimentary fashion–the process of walling in the monster so that it could not continue on with its rampage.

It was warned–repeatedly and incessantly–on a handful of websites that what these various ‘experts’ were doing in adding their voices to those of NeoCon, Inc would blow up in their faces if/when Judea achieved its goal of seeing DJT removed and replaced with YET ANOTHER selected leader who would do the war-bidding of the beast, and this is precisely what has taken place.

What this means in the final analysis is that from this moment forward, whatever ‘Holy War’ does erupt  per the demands and decrees of the organized forces of anti-Gentilism firmly in control of the Biden WH, all those various ‘experts’ who spent the last 5 years chirping incessantly that DJT was ‘owned by the Jews’ need to roundly and LOUDLY accept their personal responsibility for having helped Judea, Inc in her drive to see DJT removed from 1600 and replaced with Joe Biden.

Israeli officials were “very pleased” with US airstrikes against Iran-backed militias in eastern Syria Thursday, and were informed by the Biden Administration before the attack, Walla reported Friday.

The strikes were a retaliation for a Feb. 15 rocket attack in Erbil, Iraq that killed a civilian contractor and injured an American service member. They came as President Joe Biden navigates a tense standoff with Iran over a possible return to the nuclear deal struck in 2015 by Barack Obama and abandoned in 2018 by Donald Trump.

Israeli officials said that the US gave advance notice about the strikes, as would be routine ahead of such actions, and that the attack would send a strong signal to Iran.

“The Iranians didn’t realize that Biden is not Obama, and that in the end they will miscalculate and get hit,” an Israeli official told Walla.

The military action — the first of Biden’s presidency — killed at least one individual and destroyed facilities near the Syrian border with Iraq used by Iran-backed militias, including Kataib Hezbollah and Kataib Sayyid al-Shuhada, according to Pentagon press secretary John F. Kirby.

In a statement Friday, the Syrian Foreign Ministry condemned the strikes, saying that the Biden administration “is supposed to stick to international legitimacy, not to the law of the jungle.”

Israel had told the US that it would not compromise on the Iranian nuclear issue to address the Islamic Republic’s malign activities in Syria and elsewhere, and that a return to the 2015 accord would be a mistake.