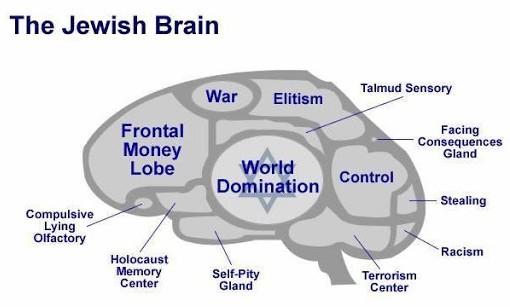 ‘See now, I have two daughters who have not known a man…Let me bring them out to you, and you may do to them as you wish…’ The Hebrew/Israelite/Jewish Patriarch Lott, nephew of Abraham, giving his 2 virgin daughters away to be gang-raped, Genesis,  19:8

Jimmy Julius Karow, 49, a convicted pedophile who fled to Israel from the United States to escape sex assault charges, signed a plea deal this week with the State Attorney’s Office and will be convicted of committing multiple rapes and other sexual crimes against a seven-year-old Israeli girl, according to a new report.

The Ynet news site reported that Karow will be convicted of a string of charges that include rape, sodomy, and indecent assault. Karow had also been accused of assaulting a three-year-old, the seven-year-old’s sister, but that charge was removed due to “evidentiary difficulties,” according to the report.

Karow fled to Israel in 1999 after he was accused of sexually assaulting a girl in Oregon. He has an Interpol warrant for his arrest.

In 2002 Karow, now living under the name Yosef Chaim Karow, was convicted in Israel on separate sexual assault charges and served five years in prison.

In 2017 the two sisters accused him of assaulting them when they were children, between 1999 and 2001. Karow avoided arrest until 2019, when he was caught and charged with sexual crimes against the two.

According to the indictment, Karow raped and committed a number of sexual crimes against the seven-year-old girl while the two girls visited his apartment once a week over the course of almost two years.

During interrogation, Karow admitted to authorities that he was attracted to children and had stopped taking his medication that suppresses his urges.

Karow was captured through the work of Jewish Community Watch, and organization that tracks the use of Israel’s Law of Return by pedophiles to evade a arrest in their countries of origin. The law allows any Jewish person to immigrate to Israel and immediately receive citizenship.

JCW told CBS News that it estimates dozens of Americans have taken advantage of the citizenship law to escape arrest for sexual assault charges.

Karow’s conviction comes on the heels of a court decision Monday that ruled in favor of extraditing Malka Leifer to Australia, where the former ultra-Orthodox girls’ high school principal faces 74 charges of child sex abuse.

The decision brings nearer to an end Leifer’s 12-year attempt to evade justice, which began when she fled to Israel in 2008 as accusations against her were coming to light, but can still be held up by an appeal.

Australia has been seeking the extradition of Leifer since 2014, on accusations that she sexually assaulted students under her care at a Jewish school in Melbourne.