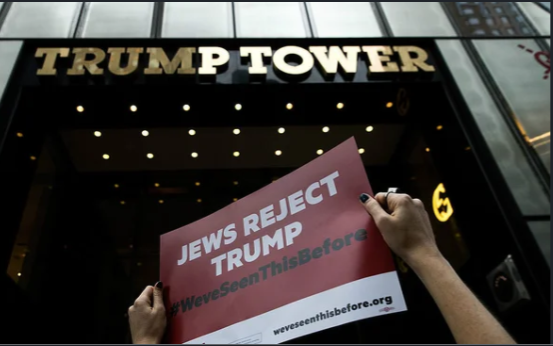 Tony Blinken, Dan Shapiro and Aaron Keyak are on this list more for the influence they may wield after November 3 than the influence they actively employ today. And that all depends on whether Democratic presidential nominee Joe Biden succeeds in unseating Donald Trump as the next US president.

Blinken, Shapiro and Keyak are Jews close to Biden and involved in his campaign, and men likely to land influential roles in a future Biden presidency.

Blinken, 58, is already well known to those who follow Washington, having served in influential positions both in the Clinton and Obama administrations. Shapiro is well known in Israel and the Jewish world as the Hebrew-speaking former US ambassador to Israel. And Keyak is known to those in Washington as a public relations specialist who was tapped to serve as Biden’s liaison with the Jewish community. All three have already served as Biden surrogates in meetings with Jewish and pro-Israel groups over the months of the campaign.

Of the three, Blinken is the closest to Biden, and most likely to get a very senior post in his administration. Biden once said of Blinken, “Tony Blinken is a superstar and that’s not hyperbole.” Biden also said the New York-born, Paris-bred Blinken is someone who “could do any job, any job.” Blinken worked on Biden’s unsuccessful presidential campaign in 2008, and then served as his national security advisor when Biden became vice president. President Obama appointed him as deputy national security advisor in 2013, and as deputy secretary of state from 2015-2017.

Blinken’s life story, according to a 2013 profile in The Washington Post, “reads like a Jewish high-society screenplay that the one-time aspiring film producer [Blinken] may have once dreamed of making. There’s his father, a giant in venture capital; his mother, the arts patron; and his stepfather, who survived the Holocaust to become of one of the most influential lawyers on the global stage.” Blinken’s stepfather, Samuel Pisar, survived Auschwitz and Dachau, and told The Washington Post that he believes the stories he related to his stepson left an impact on him and “gave him another dimension, another look at the world and what can happen here.” Pisar was a co-founder of Yad Vashem-France.

In appearances before Jewish audiences during the Biden campaign this year, Blinken has touted Biden’s pro-Israel credentials, saying that he would not air disagreements between the US and Israel in public – in stark contrast to the situation under the Obama administration – and would never tie military aid to Israel to any specific Israeli policy.

Blinken married Evan Ryan, whom he met working for the Clinton presidency. They were married at a bi-denominational ceremony officiated by a rabbi and a Catholic priest at a Georgetown church.
Latest articles from Jpost

ALONG WITH Blinken, Shapiro, 51, is another former veteran of the Obama administration who has been speaking for Biden to Jewish groups. Shapiro was the US ambassador to Israel from 2011-2017, and is currently a visiting distinguished fellow at Tel Aviv’s Institute for National Security Studies.

After Obama took to Twitter on April 14 to endorse Biden’s presidential run, Shapiro tweeted: “Thanks, Boss. @joebiden was a great choice for your VP, and you lay out all the reasons he is the president our country needs right now. Let’s go.” Shapiro has hosted virtual fundraisers for Biden, and has been featured on numerous Zoom meetings – hosted by organizations such as Jews4Joe and the Jewish Democratic Council of America – making the case that Biden is the best candidate for Israel.

Shapiro, who is in a strong position to land a Mideast foreign policy position in a Biden administration, was on the Democratic Party’s platform committee, and helped ensure that it did not include language referring to “occupation” or cutting aid to Israel.

The Illinois-native Shapiro began with Obama by advising the then-Illinois senator’s campaign on Jewish and Mideast issues, before being appointed three months before the 2008 elections as the campaign’s Jewish outreach coordinator.

Keyak, a scion of Democratic activists from San Francisco whose family was active in a Modern Orthodox synagogue in the city, previously worked on the staff of House Judiciary Committee Chairman Jerrold Nadler, and as interim director of the National Jewish Democratic Council.

He co-founded a public relations firm in Washington in 2014, Bluelight Strategies, whose client lists include a number of leading Jewish organizations.

Keyak has plunged full force into ensuring that Biden’s slice of the Jewish vote does not fall below – and actually surpasses – the 71% that Hillary Clinton won in 2016 against Donald Trump.

“When it comes to protecting Jewish values and in supporting the US-Israel relationship in particular, there has never been a clearer choice for president of the United States than what Jewish Americans are faced with on November 3,” he said, in written answers to questions from The Jerusalem Post.

A Biden administration, Keyak vowed, “will stand up for Israel’s ability to defend itself by itself, including in support of its Qualitative Military Edge. It will build on the 10-year, $38 billion Memorandum of Understanding – the largest aid package that the US has ever agreed to – that Biden helped negotiate, stand strongly against the BDS movement, continue historic support of life-saving defense systems like Iron Dome, and prevent a nuclear armed Iran.”