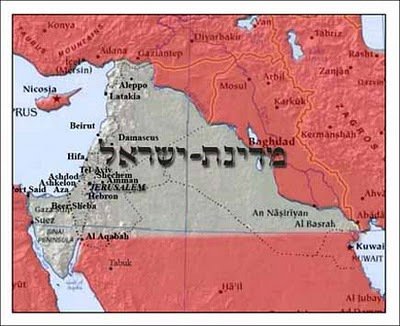 For Jews who have yet to return to Israel or have left it, the Torah demands them to make Aliyah.

ed note–Several important ‘protocols’ that all persons of the Gentile persuasion with a vested interest in their own survival need to consider carefully.

First and foremost is the fact that–as we point out here regularly on this humble little informational endeavor, it is indeed the Torah that functions as the beating heart of Judaism and not the Talmud, as various viziers claiming certain degrees of expert-cy claim in their various articles, essays, books and speechs. Yes, the Talmud DOES exist and it is referenced from time to time in various Judaic pronouncements and decrees, but its role/place is that of a body of case law and precedent whereas it is the Torah that functions as the ‘Constitution’ of the Judaic mind and people.

We are forced to go to such lengths in explaining this due to what is the distressingly-high percentage of persons claiming certain degrees of expert-cy on all things Judaic who go to great lengths in underscoring the danger posed to the order and security of the world by the Talmud but who completely misrepresent the fact that it is indeed the Torah that energizes and animates the anti-Gentile precepts found within the Talmud.

Having said that, what the reader needs to keep in mind is that contrary to the narrative as it has existed for the last century of ‘poor little Israel’ and the ‘poor little children of Israel’ just wanting a little piece of land to lay their collective weary heads, the fact is that the Torah is very clear, Kristol Clear in fact, about what the ‘promised land’ truly encompasses, to wit–

In other words, all the land from the border of Egypt up to the borders of Iran, i.e. Palestine, Syria, Lebanon, Jordan, Iraq, portions of Arabia, a HUGE sprawling landmass much larger than the present tiny sliver of land which the deranged followers of the Torah refer to as ‘Israel’ and the Jews, followers of Torah Judaism, are intent upon seizing that land and even if they are forced to kill every last Gentile on the planet in doing so.

I was challenged by a friend to show where in the Torah it says that Jews need to make Aliyah, to move to Israel. The truth is that there are many examples, some more direct and others not so.

For now, I will focus on only one chapter from the Book of Deuteronomy, Chapter 4. I recommend reading the whole chapter, although for this article I will discuss only five passages that make a powerful argument for Aliyah.

Now, O Israel, listen to the Laws and to the Decrees that I teach you to perform, so that you may live, and you will come and possess the Land that the Lord, the God of your forefathers, Gives you.–Deuteronomy 4:1

Based upon these words, which Moses commanded Israel, it seems that the purpose of keeping the Torah, other than living, is to merit in the possession of the Land of Israel, which God Gives us. This is an essential and underlying part of the Torah that must not be overlooked.

See, I have taught you Laws and Decrees, as the Lord my God has Commanded me, to do so in the midst of the Land to which you come, to possess it.–Deuteronomy 4:5

And the Lord Commanded me at that time to teach you Laws and Decrees that you are to follow in the Land to which you are crossing to possess it.–Deuteronomy 4:14

From this passage it seems that the Laws and Decrees, particularly those from Mount Sinai, are perhaps secondary to the necessity of coming to Israel and living there. If those Laws and Decrees are to be followed in Israel, then obviously Jews must first make Aliyah to keep them.

When you are in distress and all these things have befallen you, at the end of days, you shall return unto the Lord your God and obey Him.–Deuteronomy 4:30

This passage speaks of what will happen to us after we have suffered sufficiently for all our sins in exile, namely that we will return to the Lord our God, where else but in Israel? The words used here, the “end of days,” are claimed by many, and for good reason, to refer to our times; meaning this was a prophecy delivered by Moses of what would happen. The fact that we shall return to Israel and obey the Lord our God indicates that it is more than just a prophecy and speaks of a Commandment.

And you shall keep His Laws and His Commandments which I command you this day, so that it may go well with you and your children after you, and so that you may prolong your days on the Land that the Lord your God Gives you for all time.–Deuteronomy 4:40

This is an interesting passage because it says that God gave us the Land of Israel for all time, for all days. This passage should serve as reassurance to us that even in those long years of exile, when few Jews lived in Israel and our possession of the Land was clearly contested, this did not change anything from God’s Perspective. God Gave us the Land and never retracted His offer. We just didn’t return to possess it.

We failed to keep the Lord’s Laws and Commandments in the past, so we shortened our days upon the Land, until we were evicted from it. As you can see from the aforementioned passages, one of those Commandments is to make Aliyah, to fully return to God and to the Land of Israel.

As a prerequisite for prolonging our days upon the Land for all time, as we are Commanded, we must obviously be present in Israel to begin with. For those Jews who have yet to return to Israel or have left it, the Torah demands that they make Aliyah.