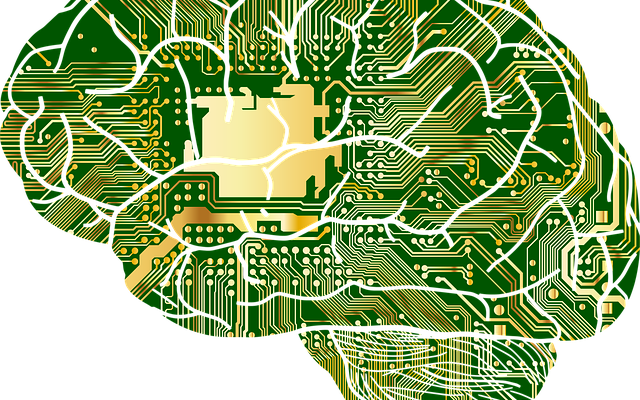 Judea Speaks– ‘DC is not the capitol of the Jewish people, Jerusalem is’

The real tragedy of the riot in DC is not the violence done, but rather that Jews refer to it as ‘our nation’s capital’

ed note–as much as there will be those of the Hebraic persuasion who (might) recoil in disagreement at statements such as this, our unesteemed anti-Gentile writer is correct, and those who buy into the notion that a member of the ‘tribe’–as they like to refer to themselves–can be as loyal to another country as they are to Judea is simply not true.

Christians do not have a religious connection to a certain piece of real estate. Yes, they have holy shrines dedicated to the important persons/personages of their faith, but those shrines are spread throughout the entire world.

Dittoes with the Muslims, albeit to a lesser extent, as most of their religious shrines exist in the Middle East.

With those of the Hebraic persuasion however, this is not the case at all. Torah Judaism is very clear on this matter–

–and with a very specific and definite goal in mind–the creation of a headquarters, and not merely of the Middle East or even of the world, but indeed, of the ENTIRE UNIVERSE, where Yahweh, the deity which the Jews worship, may govern all human affairs with his ‘Chosen’ administering the government which he has set up in Joo-roo-salem.

It is for this reason then that all Gentiles of whatever pedigree need to understand that those amongst them of the Torah-following persuasion who make the pretenses and appearances of loyalty to a country other than Israel are engaged in exactly and only that–appearances and pretenses, a fact that has been demonstrated on occasions too numerous to count over the course of the last 2,000 years since the Romans destroyed Joo-roo-salem and scattered the Jews o the 4 corners.

How crestfallen I felt yesterday when I read the tragic headline: “The National Council of Young Israel today issued a statement: ‘We strongly condemn the attack on our nation’s capital….'”

I am not referring to the temporary ‘takeover’ of the Capitol, but the tragedy of a major Orthodox movement in America calling Washington D.C. “our nation’s capital.”

After all, every six-year-old in Israel knows that the capital of the Jewish People is Jerusalem.

Since when did Washington D.C. become the capital of our nation? That is like a Jew in Germany saying that his capital is Berlin!

We all remember where that led.

Today in America, because the Jews identify themselves as 100% American, assimilation is spreading faster than the new mutant strains of Corona. When a Jew in America believes that D.C. is his or her capital, then Judaism becomes merely a religion and not a nationality. Judaism is viewed as the person’s faith, like being a Catholic, or Protestant, or Episcopalian.

The true national aspect of Judaism is forgotten – along with Jerusalem. Instead of Torah, with its commandments concerning kings, the Israelite army, the Sanhedrin, Beit HaMikdash, and mitzvot dependent on the Land of Israel, you have a watered-down Diasporism of Judaism in foreign Gentile lands.

Instead of the goal of the Torah – the establishment of the holy Jewish Nation in Israel – repeated over and over again in the Torah, and by the Prophets of Israel – you have the goal of being a good and successful American who keeps the individual precepts of Kashrut, Tefillin, and Shabbos as best as one can.

Let me cite two other examples to help clarify this tragic misconception whereby Jews in foreign lands forget to set Jerusalem above their highest aspiration, and thus adopt the identity of the alien land in which they live, whether it be America, France, or Germany.

Once when I was visiting my parents in Florida before they made Aliyah, I went to daven shacharit in the local Modern Orthodox synagogue. On the bulletin board in the lobby I noticed a flyer with a photo of the Capitol Building in W.D.C. The caption read: “This Summer Visit our Nation’s Capital with the Rabbi.”

On a different morning, I davened in a beautiful Chabad shul overlooking a pastoral-looking Boca golf course. In the lobby, educational Chabad brochures were stacked, free-of-charge, on several long tables. There were pamphlets on Kashrut, Tefillin, Shabbat, Family Purity, Torah Learning, Tzedaka, and Prayer, but nothing on Eretz Yisrael and Aliyah.

Rabbi Kook teaches that this “juiceless perspective” of Judaism must be fought against with wisdom, holiness, and valor. He writes:

“By being alienated from the recognition of the deeper understandings of Torah, the holiness of Eretz Yisrael is understood in a foggy, unfocused fashion. By alienating oneself from the secrets of Hashem, the highest treasures of the deep Divine life become extraneous, secondary matters which do not enter the depths of the soul, and as a result, the most potent force of the individual’s and the nation’s soul will be missing, and the Exile is found to be pleasant in its own accord. For to someone who only comprehends the superficial level, nothing basic will be lacking in the absence of the Land of Israel, the Jewish Kingdom, and all of the facets of the nation in its built form.

“For him, the foundation of the yearning for Salvation is like a side branch that cannot be united with the deep understanding of Judaism, and this itself testifies to the poverty of insight which is found in this juiceless perspective. We are not rejecting any form or contemplation which is founded on truthfulness, on sensitivity of thought, or on the fear of Heaven, in whatever form it takes; but only rejecting the specific aspect of this perspective which seeks to negate the secrets of Torah and their great influence on the spirit of the nation — for this is a tragedy which we are obligated to fight against with counsel and wisdom, with holiness and with valor,” (Orot, Eretz Yisrael, 2).

It’s either Washington D.C. or Jerusalem. One or the other. If you want your children to remain Jewish, you can’t have them both.