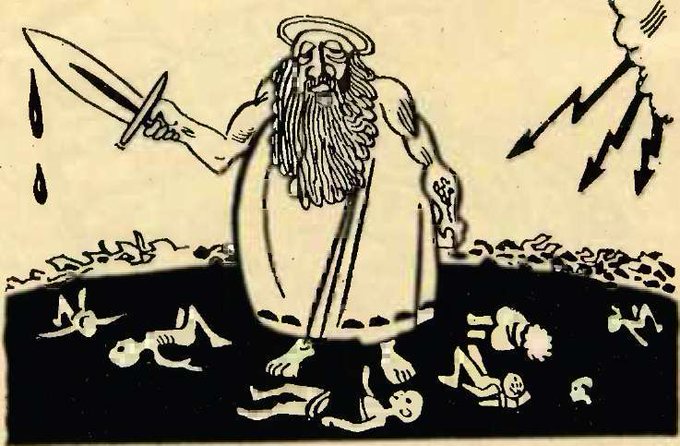 Victory, a forcing of one’s enemy into submission and achieving one’s military aims is a positive goal in both Judaism and in Jewish history.

ed note–again, one of the most important OpEds flitting around on the net today that should be read and understood within its proper context the world over by billions of Gentiles with a keen interest in their own future existence, but which sadly will not outside of a mere handful of websites.

First and foremost is the fact that–just as our deranged Hebraic author rightly concludes–Hannukah (or, as the late, great, and greatly-missed MCP used to disparagingly refer to it, ‘H’Nooka’) is a celebration of Judaic war and butchery of Gentiles and of those Jews who favored the relaxed Gentile lifestyle over the irrational and deranged ‘protocols’ of the Judaism that formed the basis of their culture, pure and simple. Just as it is with other Judaic ‘celebrations’ such as Passover, Purim, and other ‘holy days’, H’Nooka offers the followers of Judaism the opportunity of coagulating and gloating over some defeat–real or imagined–where Gentiles ‘got what they deserved’ for daring to offend or otherwise inconvenience in any manner ‘GAAAAAAAWD’S Chosen people’.

‘While these are all nice elements of the festival, the real story of Hannukah is actually one we need to refocus on and internalize to understand our future.’

And especially that last thingy–

‘…Hannukah is one we need to refocus on and internalize to understand our future.’

‘We are nearing a critical point in the history of the world, and we Jews will be at its center, as we always have been. We will be accused of everything that is wrong in the world, as we always are, and the truth is that there is a lot that is wrong with it today. There will be no distinction between Jews in Israel and Jews abroad, all of us will face the world’s indictments. Moreover, the more we stall, the more momentum and intensity the hatred of the Jews will gain.’

Again, as asked in the editorial commentary on that aforementioned piece, exactly what is this ‘critical point in the history of the world’ where ‘the Jews will be blamed’ for whatever catastrophe/calamity is taking place?

What does our deranged and delusional follower of Judaism know that the rest of us do not?

Specifically, we can only guess, but given the enormous power and influence which the ‘Children of Israel’ wield over the political, economic, cultural and infrastructural systems of the West (which is in effect the modern-day manifestation of Greco-Roman culture/civilization whose destruction the followers of Judaism celebrate every year at H’Nooka) it can be assumed that whatever this ‘critical’ thing is where the Jews will ‘get blamed’ involves the usual business where they play the leading roles–war, mass death and suffering, chaos, economic/political/social collapse, etc, etc, etc, all ingredients which just so happen to feature–by no mere coincidence we would remind you–as the central storylines in those same aforementioned ‘celebrations’ of H’Nooka, Purim, Passover, etc, etc, etc.

And, finalmente, we would be remiss if we did not remind the reader that all of this was precisely what a certain POTUS named DJT was trying to avoid with his ‘Ultimate Peace Deal’ that–had he been permitted to remain at 1600 Pennsylvania Ave for another 4-year term–would have seen the feral, rabid mad dog known as Judea contained within strongly fortified borders, a solution which–as our deranged Hebraic author makes Kristol clear in his piece below, is cassus belli as far as the Children of Israel are concerned, because, as they see it, they are divinely entitled to the entirety of the Middle East as specifically laid out within the pages of the Old Testament and anything or anyone that gets in the way of that deserves to be ‘Maccabeed’.

It could be argued that Hannukah is the most sanitized of all the Jewish festivals. Perhaps, because of its usual juxtaposition to Christmas on the calendar it is seen as analogous to the Christian festival, with a focus on lights, gifts and goodwill.

But while these are all nice elements of the festival, the real story of Hannukah is actually one we need to refocus on and internalize to understand our future.

The miracle of the oil lasting for eight days is not mentioned in many of our earlier sources about the festival. What was mentioned, however, was that in 168 BCE, the Seleucid king Antiochus IV Epiphanes, the occupier and colonizer of the Land of Israel, outlawed Jewish practices, and desecrated the Jewish Temple with foreign worship and the sacrifice of pigs specifically to humiliate the Jews.

The Jewish response was to mount a revolt, the Maccabean revolt.

Through innovative military tactics and strategy, sheer bravery and a commitment to throw off foreign rule, the Maccabees won the war against the powerful Seleucid Empire.

In the same prayer, we are thankful ‘for the victories that you wrought for our ancestors in their days and in this day.’

This simple sentence demonstrates clearly that victory, a forcing of one’s enemy into submission and achieving one’s military aims is a clearly defined goal in Judaism and Jewish history.

As Jews around the world intone these words over the festival, we must adopt the need to return the idea of ‘victory’ to our lexicon. It is not just for our ancestors, during the days of the Hasmoneans or the generation of the War of Independence or Six Day War but for those ‘in this day’.

We must fight those who once again try and extinguish our presence in this land and to defeat them.

One does not negotiate with one’s enemies, one defeats them. Only when an enemy has been vanquished and defeated, its goals unachievable, is it possible to come to some agreement or accommodation, and not before.

In the modern era, we are told that the only way to achieve peace with our hostile neighbors is through negotiation and compromise, even though every chapter of modern history screams that this has proven to be false.

The victory concept is rejected by some because it speaks this cold hard truth, that many would not like to face.

It is not easy to defeat one’s enemy, especially for a generation constantly being fed the lie that peace with the Palestinians is around the corner. We are constantly being told that if only we gave up or conceded enough, our outstretched hand would be received with warmth, love and reciprocity.

This is just one more myth in the annals of Jewish history.

We need a return to the Maccabean victory mindset. Turning the other cheek to our oppressors was never our way, our way was the way of Judah Maccabee, to defeat the enemy, even if the odds are not in our favor.

There was a very good reason why these stories inspired the early Zionists, those who were outnumbered and had very little cause for optimism at ultimate victory.

Songs were created during the years before the re-establishment of sovereignty in the indigenous and ancestral Jewish homeland by those who used the story of Hannukah to inspire them. Odes like ‘The Lamp of the Maccabees’ which spoke of the ‘glorious and gallant Maccabee’, and the ‘Candles Shine’ declaring that ‘The enemy was routed and defeated, and we won our freedom.’

Previous generations knew the cost of victory, but they also understood the greater cost of defeat which they dared not envisage.

Today, we do not think like this even though our enemies continue to aspire to our ultimate destruction. We dare not assume that because we are not at war, the conflict has ended.

We should use the Hannukah festival to reignite our passion for victory, because as Winston Churchill famously said: ‘Victory at all costs, victory in spite of all terror, victory however long and hard the road may be; for without victory there is no survival.’

Happy Hannukah to all, the festival of victory.