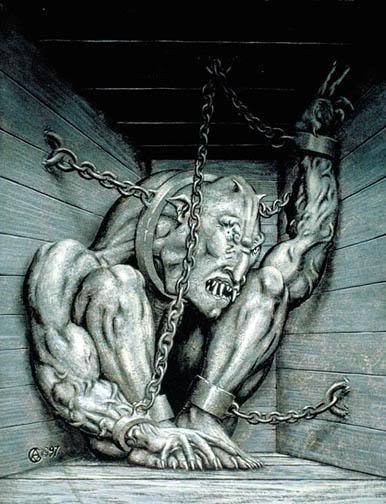 ed note–again, and we cannot stress this enough, no one–and especially those 7 billion Gentiles living on God’s green earth with a deeply vested interest in their own future survival–should underestimate/under-evaluate the deadly-serious nature of the words contained in this OpEd below as being merely the mad scribblings of some lone-nutter in the midst of one of his psychotic episodes.

It is the rabbis who have from the very beginning of the entire Judaic affair steered all discussion and action viz what the ‘children of Israel’ under the spell of rabbinic Judaism are tasked with doing, whether they are ‘right’, ‘left’, ‘middle’, agnostic, atheist, etc, etc, etc.

If they identify as ‘Jewish’, what this means is that they are engaged in ceaseless war against Gentile society at all levels, irrespective of whether or not their ‘Judaism’ comes from Moses or from Marx.

Now, having said that, please consider below just a few examples of the kind of Judaic ‘prophecies’ driving the thought processes of our deranged rabbi in getting a better glimpse of what kind of ‘New World Order’ it is that Judea has in store for the rest of the world–

Who is this coming from Edom, in blood-red garments?…Who is this, majestic in attire, pressing forward in His great might? Why is your clothing so red, why are your garments like his who treads grapes?

It is I, he who makes war victoriously, powerful and triumphant…I trod out a vintage alone, for from the peoples no man was with Me…I trod them down in my anger, trampled them in my rage…Their life-blood bespattered my garments, and all my clothing was stained, for I had planned a day of vengeance, and at last my year of redemption has arrived…My own arm wrought the triumph, and my own rage was my aid…I trampled peoples in my anger, I made them drunk with my rage, and I hurled their glory to the ground…

Now, besides all the ‘blood-n-guts’ language and imagery that permeates the entire soliloquy on the part of our ‘victorious’ Moshiac–the ‘messiah’ for which the Jews are awaiting and setting the stage–there is that first part involving ‘Edom’.

Edom is believed by the Jews to be the birthplace of the Romans who destroyed Israel and set into motion the 2,000 years of ‘anti-Shemitism’ and persecution of God’s Chosen people that climaxed with the ‘Holocaust’. This ‘prophecy’ from Isaiah foretelling the destruction of Edom and of today’s ‘Rome’, meaning Europe and all its offshoots, including America, Canada, South America, etc–is exactly the reason for ‘Zionism’ and for resurrecting from its 2,000-year-old grave the state of ‘Israel’ and for the aggregation of Jewish money, power and influence, and particularly over the course of the last century.

ISRAEL WAS NOT CREATED TO BE MERELY A ‘HOMELAND’ FOR THE JEWS, BUT RATHER WAS CREATED AS THE INSTRUMENT OF DESTROYING THE WEST IN ORDER TO ‘MAKE GOOD’ ON THE VARIOUS JUDAIC PROPHECIES DESCRIBING THE DESTRUCTION OF EDOM.

Isaiah, quoted above, goes further in his description–

1- In the above passage, the order of the patriarchs is chronologically reversed. The verse begins with Ya’akov, the third generation, continues with Yitzchak, the 2nd generation, and concludes with Avraham, the first generation and ends with G-d saying ‘I will remember the land’.

2- The subject of the verse is the patriarchs, so why is the Land of Israel mentioned? And why is its mention a secondary ‘by the way’ attachment?

3- This verse provides encouragement and hope, but why then does it appear in the terrible chapter of warnings of punishments found in the book of Leviticus for the Jews disobeying Moses’ commandments?

1- The straightforward meaning of the ‘covenant’ [Hebrew ‘brit’] in the verse is a reference to brit milah, circumcision, as a sign of the eternal covenant between Hashem and Israel.

Ya’akov was born circumcised (Bereishiet Rabbah 84, et. al.), which is a rare, even miraculous, phenomenon such that Ya’akov deserves to appear first in the verse.

Yitzchak was circumcised on the eighth day after his birth, as the Torah commands us, without any miracle; his place in the verse is after Ya’akov.

At the other extreme, Avraham’s circumcision was not miraculous, neither did it occur on the eighth day. Avraham was 99 years old, and his circumcision involved difficult and painful surgery, so much so that HaShem Himself saw fit to fulfill the mitzvah of visiting the sick on the third day after the circumcision. It was thus appropriate for Avraham to appear last in the verse.

2- Our nation’s entrance into the land parallels the three types of ‘brit’ alluded to in the beginning of the above verse.

We, as a people, entered the Land of Israel three times. The first was with Joshua, the second with Zerubabel, Ezra the Scribe and Nechemiah to rebuild the second Temple, and the third is occurring now in our own time, following 2000 years of exile and the Shoah.

Entering the Land in Joshua’s day was accompanied by open miracles, such as Hashem’s stopping the flow of the Jordan River, the victories over Jericho and the rest of the Canaanite population, paralleling the miracle brit of Ya’akov.

Zerubavel, Ezra and Nechemiah and their generation received permission from Cyrus and Darius, kings of Persia, to return to the Land of Israel and rebuild the holy Temple destroyed by the Babylonians, without open miracles, like the brit of Yitzchak.

The third entrance into the land began 150 years ago when the Jewish people had their fill of suffering after 2000 years of the Roman exile. There were neither miracles nor permits – only blood, sweat and the Holocaust, paralleling the brit of Avraham, who was elderly, sick and in pain.

Summed up–Our return to the Land three times parallels the circumcisions of the patriarchs: one miraculous, a second conventional, and a third involving great personal sacrifice, which is the reality of our generation.

Now if this is the fate of our generation, as proven by the flow of contemporary history, let us conjecture what awaits our nation and the world.

Paro (Pharaoh) dictated national policy, but it was implemented by the ‘good people’ of Egypt in all their various stratas. They were all implicated in the genocide policy of killing the Jewish males, in effect terminating the family of Hebrews, and for this reason they deserve the death penalty and the destruction of Egypt as a nation, as do the Germans, Poles, etc, of our own time.

However, for some unknown reason, Hashem, the G-d of the Jews,  killed only the first-born Egyptians and that part of the army that ran after the Jews at Yam Suf, but the nation of Egypt continued to exist.

Why then in Hashem’s ‘Book of Justice’ was Egypt allowed to survive?

I suggest the following–

Presently, Egypt has the largest army in the Middle East. One wonders, who are their enemies, and why is a country that cannot feed its citizens spending tens of billions of dollars in creating such a large and sophisticated military?

The answer is that Egypt, like Turkey, Iran and the whole Moslem world have a common enemy; the ferociously aggressive, belligerent, combative, truculent, warlike State of Israel whose land mass on a map cannot even contain the word ‘Israel’.

Although a time period of over 3000 years separates the Egypt of Pharaoh from the contemporary Egypt of the ‘Moslem Brotherhood’, there is a gene for hating Hashem’s Chosen people that is passed on forever in the descendants of Esau and Ishmael.

The day will come when the ‘pere adam’ (wild man, as the Torah describes Ishmael) will use his might against the Jewish State. At that time, the midat hadin (quality of justice) will come before the Almighty and suggest that the time has arrived to complete the destruction of Egypt that began with the exodus of Am YIsrael but was held in abeyance until needed in the future.

The Fulfillment of Prophecy

Now, many will consider outlandish the notion that Egypt will endanger its existence by attacking the might of Israel, that America will protect us since they are the major supplier of weapons for Egypt, and that the Abraham Accords is creating an atmosphere of peace in the Middle East.

Frankly, I would agree with those who rationally reject my perception of what is to occur in the not-too-distant future, were it not for one simple fact. The prophet Yechezkel details the final war of Gog King of Magog where Egypt will be a major player.

The above scenario and what will ensue is detailed in the Book of Yechezkel which I frequently quote in these weekly messages.

The prophet describes a treaty between the uncircumcised descendants of Esau to the north and west of Eretz Yisrael, which is today’s Europe and all its offshoots such as America, and the circumcised House of Turgema, the Moslems of today.

The initial attack against the Jewish State will be launched by Egypt and they will be destroyed at the hands of Tzahal, the IDF. The nations that will be allied with Gog will descend upon us for the purpose of avenging our obliteration of Egypt, the largest Moslem army in the Middle East. At the crucial moment of their attack, the pent-up religious and cultural animosity between Christianity and Islam and between Sunni and Shiite Moslems will erupt, and each side will destroy the other.

The Jewish nation will emerge unscathed as the preeminent power in the world.

That is the scenario as described by the prophet Yechezkel.

At that juncture in world history, the three britot of our forefathers and our parallel entrances into the holy land, as alluded to in the above verse will have been fulfilled. And a new day will shine for Am Yisrael.