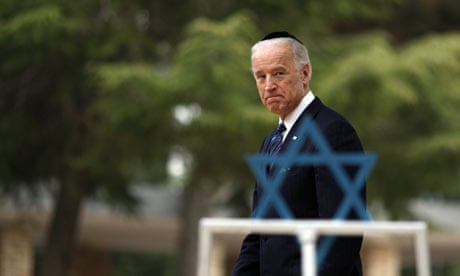 ‘…the new administration’s policy for the Middle East will most likely change, and the Democrats will make great efforts to bring Israel and the Palestinians back to the negotiating table to discuss the two-state solution.’

It is THIS and THIS ALONE that suffices in explaining Judea’s war against DJT–his ‘Middle East policies’, namely his plans of ending the ‘endless wars’ which Israel’s NeoCon Kabal got started all the way back in 1990 with Operation Desert Storm. They knew from all the previous decades of dealing with DJT in the business sector that he was not some spineless jellyfish, which he made clear during the campaign when he told a group of assembled Hebrews that he didn’t want their money and that they couldn’t control him.

Furthermore, be not swayed by our lying Hebraic author’s noises about ‘negotiations’ with the Palestinians for ‘peace’. This is the LAST thing Israel wants but knows as well that she can’t say such things and have her magic spells continue to be effective. She is the goddess of war and any politico, especially any American President, who stands in the way of those ‘endless’ wars has his death warrant issued, political as well as literal.

Some people are concerned about the upcoming changing of the guard in Washington, DC, since the United States is Israel’s number-one ally, and its support is critical for our fortification and security.

Since the establishment of the state, American support for Israel has been bipartisan. Both Republican and Democratic presidents have supported us politically and with regard to our security, without exception. Unfortunately, in recent years the conduct of the current prime minister in the American arena has created the impression that Israel prefers one party over the other.

For reasons that he saw as justified, Prime Minister Benjamin Netanyahu repeatedly opposed senior members of the Democratic Party, and especially its leader, president Obama, one of the friendliest presidents toward Israel, even if his positions did not always match those of the Israeli government. Obama opened up US military intelligence and technology to Israel as none of his predecessors had. The US assisted us in the financing and development of Israeli anti-missile defense systems, including the Iron Dome, David’s Sling and the Arrow.

Against the backdrop of Netanyahu’s approach toward the US Democratic Party, many fear that the new US administration will give Israel the cold shoulder. However, past experience has proven that the alliance between Israel and the US is stronger than any single president or prime minister’s caprice.

Although the American administration does not tend to forget instances of subversion, it seems to me that there are quite a few reasons why the new tenant in the White House will not promote any hostile policies against us.

The primary reason is that President-elect Joe Biden has always been a friend to Israel. For decades, his actions in the US Senate consistently demonstrated support for the Jewish state. Biden’s friendship with Israel stems from a belief in our shared values of democracy, peace and equality. Moreover, as vice president during the Obama administration, he repeatedly demonstrated his commitment to Israel’s security.

The political situation in Israel will also play a significant role in our relationship with the new American administration. The fact that Israel is being led by a dual-headed government could have an impact on Israel’s relations with the new American administration. The Likud bloc led by Netanyahu has shown support for Trump, and the Blue and White bloc led by Benny Gantz has close ties to and shares similar positions with the Democratic Party. And a number of senior Blue and White members have worked closely with Democrats, and even with Biden himself.

Amir Peretz was defense minister when Biden was a senior member of the US Senate Committee on Foreign Relations, at the same time it approved the allocation of extensive funds to equip the IDF during the Second Lebanon War.

Gabi Ashkenazi was later general chief of staff when Biden was vice president in the Obama administration.

Benny Gantz served as an IDF attaché in the US and coordinated security contacts with US top brass.

There’s no doubt that this trio has excellent relations with former and current leaders of the Democratic Party. These personal ties will greatly help Israel overcome any possible hostility felt toward Netanyahu.

Nevertheless, the Democrats’ approach toward resolving conflicts in our region differs from that of the Likud and the government bloc it leads. It is closer to positions held by the Labor and Blue and White parties, such as regarding the two-state solution. As a result, the new administration’s policy for the Middle East will most likely change, and the Democrats will make great efforts to bring Israel and the Palestinians back to the negotiating table to discuss the two-state solution.

Now that the American people have had their say, we must respect their decision. We must thank the Trump administration for all the good it has showered upon us, embrace the new administration, and discuss with them our hopes for a safer Israel.

One final note: The recent election campaign in the US has highlighted the polarization of the American people and brought out both overt and covert antisemitism, which at times led to violent attacks against Jews. I am convinced that the composition of the Democratic Party and the president-elect’s conciliatory personality will lead to a decrease in hate speech against Jews, and that it will quickly become clear that Biden truly is “good for the Jews.”