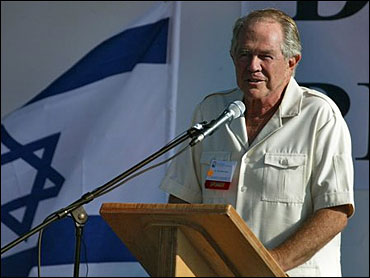 ed note–it goes without saying, but for the sake of posterity, we’re gonna say it anyway.

Robertson serves at the pleasure of Benjamin Netanyahu and the organized Jewish lobby in America. His job–along with other similar swamp-things such as John Hagee, Joseph Farah, the ‘Late Great’ Hal Lindsey and others who have been carefully placed/positioned in Israel’s ‘pasture’ as wolves in sheep clothing–is to make sure that ‘the flock’ making up America’s singular largest block of voters–Christian Evangelicals–remains firmly in the death-grip of Israel and of her intelligence services, namely Mossad.

To this end, Robertson swayed millions of evangelical Christians in America into supporting Israel’s ‘war on terror’ against Iraq and has been a vocal advocate for Zion’s demands for Iraqifying Iran. He has assiduously avoided any and all discussion of Israel’s role in the JFK assassination, of her attack on the USS LIBERTY, of the ‘5 dancing Israelis’ arrested on 9/11 and of the economic collapse taking place in mid-September 2008 that was planned to kick off the wars against Iran, Russia, etc.

Now, if it were not in Israel’s interest that DJT be replaced by the spineless, rudderless Biden who can be counted on to rubberstamp each and every murderous action against Muslims/Arabs/Persians/Turks, etc per Israel’s demands, then even the most intellectually-challenged member of the ‘Joo-Woke’ movement that claims various degrees of expert-cy on the ‘JQ’ would/could easily deduce in a milli-micro-second that Robertson’s statement in this regard, as well as the coordinated attack against Trump from the NeoCon camp for the last 5 years, is ONLY taking place due to the fact that Robertson–as already stated–serves at the pleasure of Benajmin Netanyahu and Judea, Inc.

If it were any other way, all can rest assured that he would get his ‘cease and desist’ orders from Netanyahu faster than you can say ‘Mossad-induced heart-attack’.

We are forced to go to such lengths in pointing out the painfully-obvious due to the APOCALYPTIC depths/levels/intensity of utter stupidity that has typified an entire gaggle of individuals within the ‘Joo-Woke’ movement who for the last 5 years have ‘jined’ up with the NeoCons and every other sayanim individual/group working for Judea, Inc by adding their own voices to the wall of noise against DJT under the pretext that he was ‘owned by dJooz’ when the fact is that the Jews have fought him every step of the way since his days as ‘candidate DJT’.

Someday, if in fact it has not already taken place, it will be this same ‘Joo-Woke’ movement that will find itself on the list of individuals/groups which organized Jewish interests will credit for having assisted them in their drive to take down Trump and destroy his plans for bringing some semblance of stability to the Middle East.

Televangelist Pat Robertson, a prominent conservative backer of Donald Trump, said Monday that the President is living in an “alternate reality” and should “move on” from his 2020 election loss.

“With all his talent, and the ability to raise money and draw large crowds, the President still lives in an alternate reality,” Robertson said Monday on “The 700 Club.” “He really does. People say, ‘Well he lies about this, that and the other.’ But he isn’t lying. To him, that’s the truth.”

Robertson — who prayed for Trump’s win in 2020 and once suggested that whoever is “revolting” against Trump is revolting against ‘God’s plan is for America’ — joins a growing list of prominent conservatives who are telling Trump it’s time to accept his clear election loss. In particular, Robertson is a uniquely influential figure among evangelicals, a critical part of the President’s base.

Trump has “done a marvelous job for the economy,” Robertson said Monday, but argued that he is “very erratic.”

“He’s fired people, he’s fought people and he’s insulted people, and he keeps going down the line. So it’s a mixed bag,” Robertson said of the President. “And I think it would be well to say, ‘You’ve had your day and it’s time to move on.'”

He also cast doubt on Trump’s flailing efforts to overturn the election results.

“I prayed and hoped that there might be some better solution, but I think it’s all over,” said Robertson, who previously said he was told by God that Trump would win the 2020 election.

Robertson also said it would be a “mistake” for Trump to run in 2024 and instead touted Trump’s former US ambassador to the United Nations Nikki Haley as a potential successor.

“I think it’s a sideshow. I think it would be a mistake. My money would be on Nikki Haley. I think she’d make a tremendous candidate for the Republican Party,” he said.

A growing list of Trump supporters have called on the President to accept the election results, especially in light of the Electoral College’s affirmation of Biden’s victory last week. Last month, Trump conservative radio ally Hugh Hewitt wrote in The Washington Post that “Trump in 2020 won for everyone in the party but himself” and now “must look forward.” Geraldo Rivera, a Fox News correspondent and Trump’s longtime friend, urged the President to “say goodbye with grace (and) dignity” and that “it’s over.”