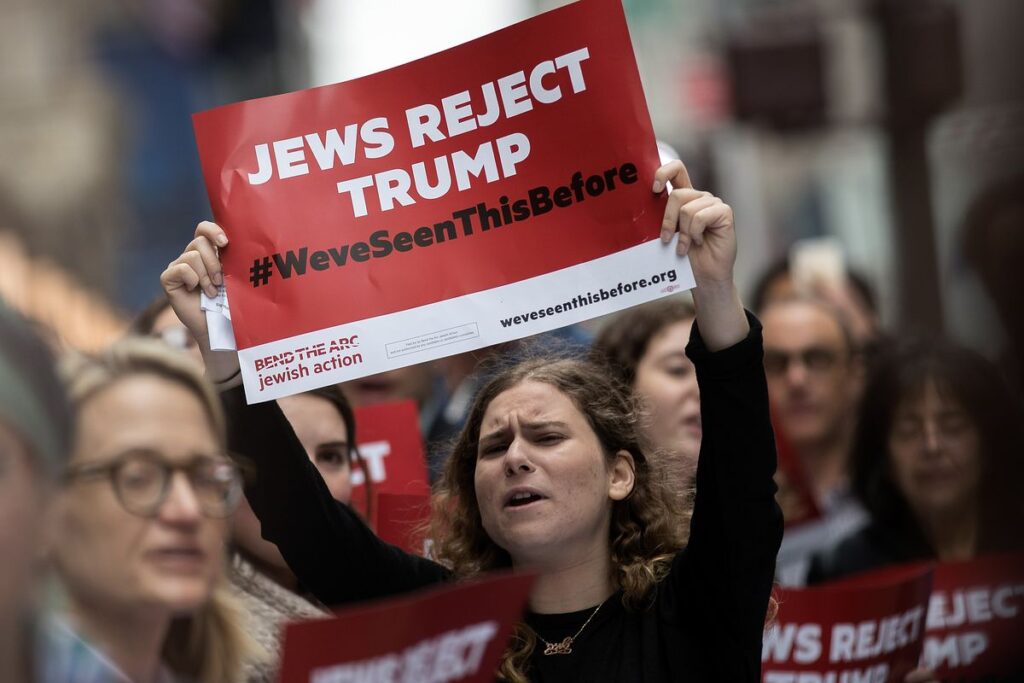 Judea Speaks–‘Pence, cabinet should use 25th Amendment to remove Trump’

ed note–please keep in mind that when our deranged Hebraic writer opines that ‘To preserve the institutions of our democracy, Mr. Trump must be removed from office’, he does not mean ‘our’ in the general sense and is not talking about the United States, but rather ‘our’ in the particular sense, as in Israel.

On the afternoon of Wednesday, January 6, 2021, US President Donald Trump told his supporters at a Washington, DC, rally, “We will never give up. We will never concede.” He encouraged the throng to march to Capitol Hill to contest the results of the presidential election, even though he clearly lost both the popular and Electoral College votes.

The group of Trump supporters descended upon the Capitol building and incited a riot, breaking windows, raiding House Speaker Nancy Pelosi’s office, and trespassing into the Senate Chamber.

National figures from both parties criticized the riot shortly thereafter. Former president George W. Bush wrote in a statement, “I am appalled by the reckless behavior of some political leaders since the election and by the lack of respect shown today for our institutions, our traditions, and our law enforcement.” Bush, like most former US leaders, respects America’s peaceful transfer of power between administrations.

Senate Majority and soon-to-be Senate Minority Leader Mitch McConnell (R-Kentucky), in an address around 8 pm Wednesday, derided the protesters as an “unhinged mob.” He said, “We will certify the winner of the 2020 presidential election. Criminal behavior will never dominate the United States Congress.”

The domestic terrorists who interrupted our legislators at the US Capitol deserve the blame for their actions, but so does the commander-in-chief who encouraged them. Because he incited a riot in our Capitol, promoted conspiracy theories, and treasonously encouraged an attack on our nation’s legislative chambers, Donald Trump should be removed from office.

Mr. Trump’s actions and vocal disrespect for democracy make him a clear and present danger to American institutions, unfit to serve even for two more weeks.

The 25th Amendment to the US Constitution states: “Whenever the Vice President and a majority of either the principal officers of the executive departments or of such other body as Congress may by law provide, transmit to the President pro tempore of the Senate and the Speaker of the House of Representatives their written declaration that the President is unable to discharge the powers and duties of his office, the Vice President shall immediately assume the powers and duties of the office as Acting President.”

Vice President Mike Pence demonstrated sound leadership by coordinating defense forces to disperse the rioters and by denouncing the domestic criminals in remarks to Congress. Mr. Pence should now write a declaration stating that President Trump is unable to discharge his powers and duties. Pence should have the cabinet sign the declaration.

For the next two weeks, until President-elect Biden is sworn in, Pence should act as president under the powers granted by the 25th Amendment.

Trump stated at his inauguration four years ago that he would end “American carnage” and would be the law and order president. Instead, he seditiously encouraged his followers to violently interrupt the House and Senate from certifying a valid election. Mr. Trump tried to undermine democracy for his own gain, not worrying whether it would lead some of his most loyal supporters to be arrested. In short, he committed treason.

Actions have consequences. To preserve the institutions of our democracy, Mr. Trump must be removed from office.