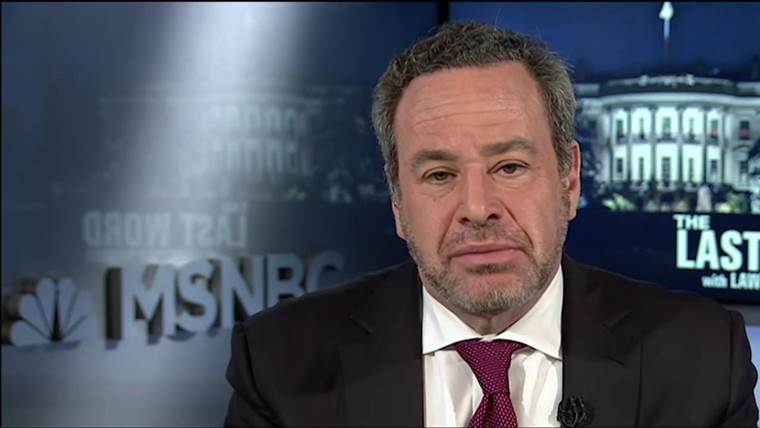 On Friday, December 18, the secretary of the Army and the Army chief of staff formally disavowed any intention of participating in a military coup: “There is no role for the U.S. military in determining the outcome of an American election.”

That’s a fine statement, in line with the long-standing traditions of the U.S. military. It’s alarming, though, that anybody thought it necessary at all. The next day, multiple media sources reported that President Donald Trump has been scheming about a possible coup in the Oval Office with his innermost team of advisers: Michael Flynn, Sidney Powell, and Rudy Giuliani.

Trump also reportedly has been looking for some way to institutionalize Powell’s role by appointing her as a special counsel, empowering her to extend her delusive lawsuits past Inauguration Day.

There has already been one successful attempt to institutionalize Trump’s false accusations. On December 1, Attorney General Bill Barr appointed John Durham, the U.S. attorney for Connecticut, as a special counsel. Durham will now be able to continue his investigation of the Trump-Russia investigation, which Barr hopes will confirm Trump’s complaint that he was the victim of unfair persecution rather than a culprit who mostly got away with it.

None of this looks like a plausible path to preventing President-elect Joe Biden’s lawful inauguration on January 20, 2021. To put it mildly, a military coup against the United States Constitution would require considerable planning. Again, to put it mildly, planning has not been a strong suit of the Trump administration. As with his promise that the coronavirus would just miraculously go away on its own, Trump seems to be hoping that big talk can somehow substitute for hard work—criminal hard work in this case, but still work.

But if a coup—or an attempted coup—is not in the cards, here’s what is. We are getting an answer to the question posed to The Washington Post by an unnamed “senior Republican official”:

What is the downside for humoring him for this little bit of time? No one seriously thinks the results will change … It’s not like he’s plotting how to prevent Joe Biden from taking power on Jan. 20.

Through the Trump years, a certain variety of political observer has dismissed Trump’s attacks on the rule of law by pointing out that, by and large, Trump’s projects have failed.

Trump didn’t succeed in pressuring the president of Ukraine to endorse Giuliani’s scheme against the Biden family.

Trump didn’t shut down mail-in voting or stop the election count at midnight.

There have always been two answers to this dismissal. The first is that Trump got away with a lot that was previously regarded as wrong and forbidden. He did operate a business as president. He did collect a steady flow of payments from domestic and foreign favor-seekers. He did successfully defy congressional subpoenas and did successfully obstruct a special-counsel investigation; he did use his pardon power to reward associates who kept silent to protect him.

The second answer is that even when Trump has seemingly failed to get his way, he has still succeeded in doing enormous damage. He has moved a suite of terrible acts from the category of unthinkable to the category of possible. No, there won’t be a coup. But we have on record the first ever formal U.S. Army repudiation of a coup. That’s bad enough.

Trump’s co-partisans won’t join the coup. That’s good. They won’t disavow it either. A president who yearned to use the military to overthrow an election remains by far the most popular figure—and most potent fundraiser—in one of the country’s two great parties. That’s a fact with consequences that will not end on January 20.

Most elected Republicans surely disagree with Trump’s actions. They dare not say so. They will try to pretend it never happened—as Don Draper says to Peggy Olson in Mad Men, “It will shock you how much it never happened.” But to the extent that the pretense cannot be sustained, they will have to find ways to condone or excuse Trump’s actions. Along the way, they’ll push the Republican Party toward becoming a self-consciously post-democratic party, a party that accepts antidemocratic and anti-constitutional methods to advance its goals and protect its supporters’ interests.

We’ve seen such parties before in the United States, in the southern states after Reconstruction and before the civil-rights era. Then, those parties were regional. Now the politics of massive resistance has gone national—and in a vehicle that can win a respectable minority of the total vote in an ultra-high-turnout election.

The United States was once warned that it could not continue forever as half slave and half free. How long can it safely continue with only one of its two great parties wholly committed to democracy and legality?