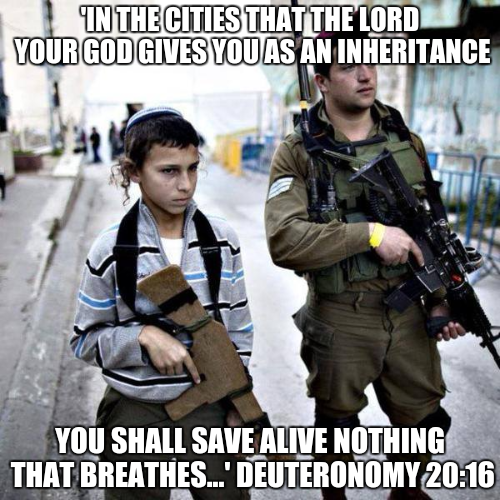 Firsto, let us consider the title of the piece itself–

This in itself is of vital importance for several reasons, to wit–

The reason the word ‘Torah’ is of vital importance is also multi-faceted.

In the first case, what it shows is how far off the map an ENTIRE industry of ‘pathologists’ are when it comes to studying, understanding, diagnosing and remedying the problems which the world faces today as a result of what is now the established existence of organized Jewish power, or, as we like to refer to it here on this humble little informational endeavor, ‘OFAG’, the organized forces of anti-Gentilism.

These ‘pathologists’ claiming various degrees of expert-cy on matters related to ‘OFAG’ and its energizing principles/protocols maintain that it is the Talmud which is the beating heart of the beast, which–as proven on a daily basis within those media/informational outlets owned/operated by the OFAG itself–is simply not true. The Torah, or ‘Old Testament’ as it is known by Christians, indeed functions as the beating heart of the beast, or as one deranged Judaic once put it, Judaism’s ‘nuclear reactor,’ and those who maintain that this is not the case do so not for reasons rooted in science or in ‘truth’, but rather for reasons rooted in their own personal sense of religious emotionalism.

Nexto, we must understand exactly what kind of ’empire’ it is that our deranged, fever-brained rabbi is talking about here–

‘…From the wilderness, and this Lebanon, even unto the great river, the Euphrates, all the land of the Hittites, and unto the Great Sea toward the going down of the sun, shall be your border…’ Joshua 1:4

This is important for several reasons as well, the first being that–once again–it comes from the Torah, not the Talmud, and that this ’empire’ as it is described WITHIN THE TORAH encompasses the ENTIRETY of the Middle East all the way up to the borders of Iran, and no one should doubt for a micro-millisecond that it is this fact that has been plugged into the ‘calculus’ of OFAG in its drive to see the Muslims and Christians of THE ENTIRE WORLD at each others’ throats for generations to come in what can be described as ‘creative destruction’ of the Arab Middle East in bringing about that future ’empire’ which the Torah demands and which our deranged/fever-brained rabbi is celebrating.

‘After 2000 years of unspeakable calamities which befell our nation…’

This number ‘2000’ was not just picked at random or out of thin air. It represents the time period beginning with the destruction of the Jewish state under the Romans coupled with the rise of Christianity and for which the OFAG maintain an infernal hatred that surpasses the heat produced by highly-enriched nuclear material that has gone critical, and all can read into this that the OFAG are united in their fever-brained Menin-Jitis to see the destruction of Rome (the West) and its spiritual manifestation, Christianity.

‘The Arabs will be busy fighting each other for years to come. Sunnis vs. Shiites, and both against the Alawis. Arabs against Iranians and Iranians against Arabs. Libyans against each other. Christian Copts vs. Moslems in Egypt. Everyone against everyone in Lebanon and Syria. The Sunnis of Iraq against the Shiites of Iraq and all of them against the Kurds. The Turks against the Kurds, and the former Southern Moslem states of the USSR against Russia and against themselves. The flood of Arab refugees from North Africa into Europe. Tunisia, Algeria, Morocco, Yemen, Bahrain, Oman, Somalia and more.’

Again, no one should doubt for a micro-millisecond that all of this ‘fighting’ between Arabs, Persians, Turks, Kurds, Copts, Russians, and Europeans to which our deranged and fever-brained rabbi credits ‘Hashem’, the deity which he and his fellow fever-brainers worship is not as much a naturally-occurring phenomenon as it is deliberate and a manifestation of something once predicted would take place by Moshe Sharret, Israel’s first Foreign Minister and one-time Prime Minister, to wit–

‘The state of Israel must invent dangers, and to do this it must adopt the methods of provocation and revenge…. And above all, let us hope for new wars with the Arab countries so that we may finally get rid of our troubles and acquire our space.’

The time we are living in is one of profound celebration for the beginning of our redemption and salvation. After 2000 years of unspeakable calamities which befell our nation, Hashem has recognized and honors the unflinching loyalty of His people and has returned us to our ancient holy land.

To remain true to the Torah even after the Shoah is worthy of the highest rewards by our Father in Heaven.

He has restored our sovereignty over a large part of Eretz Yisrael and over Yerushalayim.

He has protected us in times of war and has made us prosperous in times of peace. We are creating a Torah empire here the likes of which has not existed in the past 2000 years.

And what is transpiring today in the lands of our enemies is just as much a remarkable, miraculous sign of Hashem’s protective wing over His children in Eretz Yisrael.

Hashem, in His infinite genius, time and again frustrates the diabolical plans of our enemies in ways which are totally unpredictable, and yet keeps His hidden presence intact.

In keeping with this, just consider what is currently happening in our region so suddenly and unexpectedly.

The Arabs will be busy fighting each other for years to come. Sunnis vs. Shiites, and both against the Alawis. Arabs against Iranians. Libyans against each other. Christian Copts vs. Moslems in Egypt. Everyone against everyone in Lebanon and Syria. The Sunnis of Iraq against the Shiites of Iraq and all of them against the Kurds. The Turks against the Kurds, and the former Southern Moslem states of the USSR against Russia and against themselves. The flood of Arab refugees from North Africa into Europe. Tunisia, Algeria, Morocco, Yemen, Bahrain, Oman, Somalia and more.

And in the midst of all this, in the eye of the hurricane, stands the tiny State of Israel – prosperous and happy in the knowledge that Hashem has spread over us His holy cloud of protection, as in the time of our forefathers’ sojourn in the desert.

Indeed, the greatest of life’s experiences is to be a Jew living today in Eretz Yisrael.