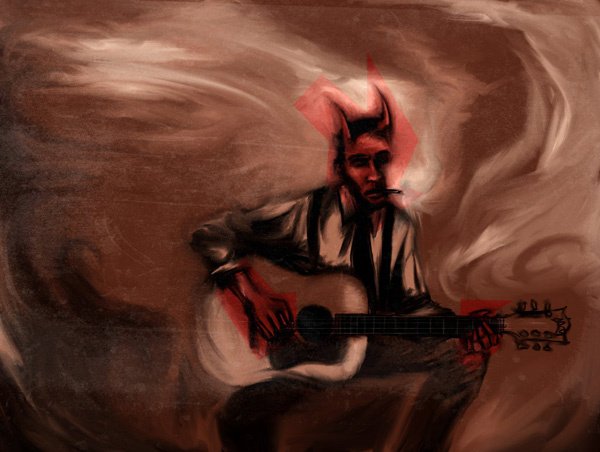 ed note–again, as we point out here often, of the many deadly and dangerous properties that make Judaism the threat to the entire world that it was/is/always will be is its sense of superiority, supremacism, and hatred for all things Gentile. It does not seek to be merely a cog in the wheel or a gear in the machinery, but rather the machine itself.

As far as the particulars of the piece below emanating forth from the deranged mind of our mental case rebbe, please note the following–

‘Hanukkuh’–or as it was disparagingly referred by the late, great, and greatly-missed Michael Collins Piper, ‘Hnooka’–mentioned by our deranged rebbe is not some harmless religious celebration of lights, donuts and gifts. Like Passover and Purim, it is the celebration of the destruction of Gentile culture, in this case the Greeks, and the utter refutation on the part of organized Jewry to the precepts of reason, science, learning and the freedoms and spiritual liberation that are part of Gentile culture, and in any Western civilization where the Gentiles of that civilization tolerate the erection of the Hanukkah symbol of the Menorah, what they are doing in effect is allowing an enemy in their midst who has declared his/her intention of destroying that civilization that is their host.

‘Malchut Yisrael’, the sense of ‘Jewish majesty,’ and the ‘royal’ Jewish nation…

If this does not underscore exactly what the followers of Judaism have in store for everyone else, nothing else will. They see themselves as ‘chosen’ and as a ‘light amongst the Gentiles’ and are determined, come hell or high water, to make good on the various ‘prophecies’ that–like a forged lottery ticket–promise them their time of ruling the world, just a few of which are reproduced below, to wit–

The Gentiles and their kings shall come to your light and to the brightness of your ascension…
You shall drink their milk and draw milk from the breasts of their kings…
Strangers shall stand and feed your flocks, and the sons of the foreigner shall be your plowmen and vinedressers…
As you devour the riches of the Gentiles they shall boast of your greatness and surrender unto you all their gold and incense, and the children of those who persecuted you shall come bowing down to you, while all those who despised you shall fall prostrate at the soles of your feet…
The sons of foreigners shall build up your walls, and their kings shall minister to you, as your gates remain open, day and night, so that the wealth of the Gentiles may be placed at your feet while their kings are led in humble procession before you…
For the nation which will not bow down and serve you shall perish, it shall be utterly destroyed…
–Book of Isaiah

Yet another piece of proof-positive evidence that the followers of Judaism, the ‘children of Israel’ as they like to call themselves, are exactly what Jesus Christ described them being–‘children of their father, the devil, who is a liar and the father of lies’.

Those ‘indigenous people of the land of Israel’ were not the Jews, Hebrews, She-brews, Israelites, etc, but rather, as the most authoritative book in Judaism–the Torah (Old Testerment) makes Kristol clear, those Gentile nations already living there, to wit–

When the Lord your God brings you into the land you are entering to possess and drives out before you many nations—the Hittites, Girgashites, Amorites, Canaanites, Perizzites, Hivites and Jebusites, seven nations larger and stronger than you—and when the Lord your God has delivered them over to you and you have defeated them, then you must destroy them totally. Make no treaty with them, and show them no mercy, for you are a people holy to the Lord your God and the Lord your God has chosen you out of all the peoples on the face of the earth to be his people, his treasured possession…

In other words, LONG before there was an ‘Israel’, long before there was a ‘Judea’ and along with it, ‘Jews’ and ‘Judah-ites’ who were ‘indigenous’ to the Holy Land, there were ‘Hittites, Girgashites, Amorites, Canaanites, Perizzites, Hivites and Jebusites’, and this according to the very same book which our deranged rebbe uses as ‘proof’ of the ‘royal’ Jewish claim to Israel.

And so, any rational person reading this must ask the question then, ‘how DOES this person of the non-Gentile persuasion reconcile the 2 ideas, that of the Jews being ‘indigenous’ to the Holy Land and the fact that–within their own religious lore–it makes plain there were already indigenous people living there long before they were violently driven out by Moses and his violent Hebrew hordes?’

Within the confines of the mentally disturbed Judaic mind, Israel IS heaven, and since heaven–being of course the headquarters of Yahweh, the eternal ‘G-d’ of the Jews–is also eternal, and since Israel was ‘promised’ to the Jews, that means that it ALWAYS belonged to the Jews. Furthermore, the Jews being the ‘treasured possession’ of Yahweh, the ‘G-d’ of the Jews, as the above passage from Deuteronomy makes Kristol clear, means that this very same Yahweh does not desire that his heaven–meaning the Holy Land–be sullied or tarnished with those inferior and less ‘treasured’ peoples of the Gentile persuasion, and therefore, irrespective of just who the truly ‘indigenous’ people were who occupied the Holy Land, it was/is/ always will be the Jews who were ‘there first’.

Yes, a bit of a ‘twisty’ for sure, but that’s how it is with those unfortunate souls who have lost their minds to Judaism.

One of the most noticeable differences between Jewish practices in Israel and the Diaspora comes during the Hanukkah season. Traveling around Jerusalem as the stars come out during Hanukkah one sees the streets lit up with Hanukkah lights in every doorway.

The Hanukkah candles being placed indoors out of fear of persecution is a manifestation of a tragic phenomenon of the 2,000 year-long Jewish exile. During the Jewish people’s forced exile from Eretz Yisrael, the Jewish people all too often had to hide their Judaism and squelch their pride. To survive, Jews had to abandon their identity and adopt the narrative of other nations. Two thousand years of hiding the Jewish peoples’ story has had an adverse effect on Jewish pride and our awareness of the Jewish narrative. The consequence was the loss of the ‘Malchut Yisrael,’ the sense of Jewish majesty. Subsequent Jewish generations lost the sense of pride in being part of the royal Jewish nation. Forgetting their own splendor, they didn’t have the dignity to boast their own narrative.

Many Jews became embarrassed of their identity. They looked to escape the shame of being ‘kikes,’ infidels and Christ-killers, and changed their names, language and dress to fit in with the world around them.

Their efforts rarely worked – Jews weren’t accepted, and their final failure was Hitler’s insistence that being a Jew was genetic and could not be erased even by conversion to Christianity. Instead of boasting of our illustrious history and rights, Jews buried them.

With the establishment of the State of Israel in 1948, Jewish shame should have been a tragedy of the past – but it wasn’t. Instead of reclaiming Jewish glory, Jews assumed that with its new autonomy the world would welcome them into the ‘league of nations.’ As Jews, now once again called Israelites, they missed an opportunity to tell their story, their enemies told it for them. Zionism was declared racism and Jewish autonomy became known as oppression and apartheid. Instead of world acceptance as an independent nation like all other nations, Israelis were ostracized as colonizers of a land not their own. Silence once again damned the Jewish people – in the vacuum of an absent Jewish narrative, opponents filled the gap, slandering Jewish validity.

As the world listened to the Jewish nations’ enemies tell the Jewish story, they began to believe the Jewish narrative was illegitimate and its people’s efforts to return to its land unjustified and demonic. They failed to recognize that Zionists’ enemies only found their legitimacy by delegitimizing Zionist legitimacy, their own righteousness in demonizing Zionism, the justice of their cause by declaring the injustice of Zionist efforts to reclaim their historic homeland.

Jews began to claim that nationhood and our homeland were not core elements of Jewish identity. They began to believe the Jewish people were more religion than nation, that a Jewish historic homeland was ancient folklore and Jews had no national rights of self-determination. Along with the nations of the world who readily agreed with these positions, they denied the Jewish people their rights and fought Zionism. The Jewish majesty that had turned to Jewish shame now transitioned into hostility and opposition.

It is time the Jewish people reclaimed Jewish majesty. The time has come for Jews to tell their own story and tell their enemies their slander will no longer be tolerated. The Jewish people have enough reason to be proud of their past, boast of their narrative, and demand their rights without having to resort to their enemies’ tactics of delegitimization and demonization. The Jewish narrative is legitimate, righteous and just – and it is time the world heard it, listened to it, and recognized it. Just as Israeli Jews light the Hanukkah lights outside, proud of our story, it’s time Zionists told their story as well, outside and with pride.