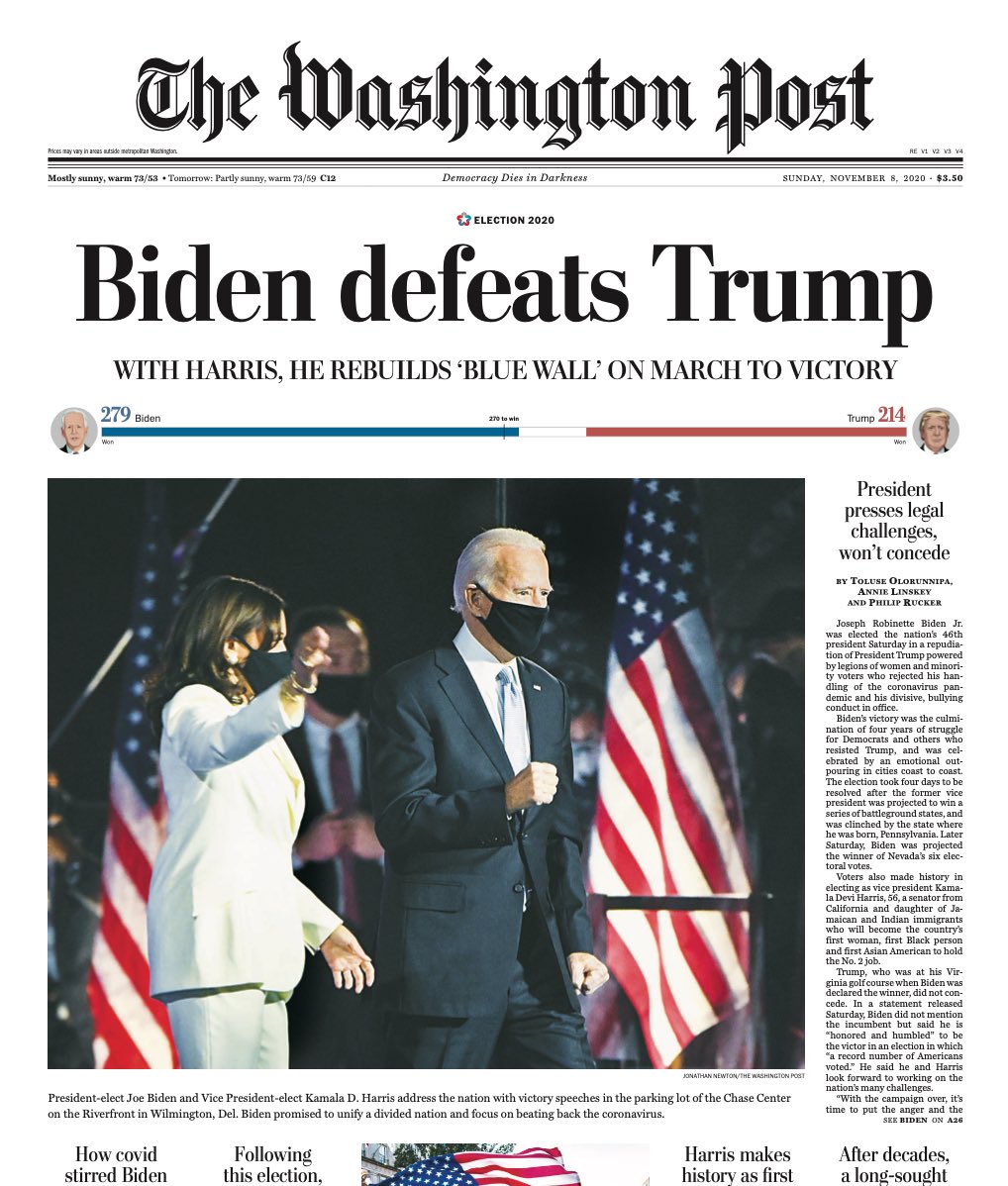 ed note–please notice he did not say ‘bad’, or ‘regretable’ or ‘unfortunate’, but DANGEROUS.

Remember that Kristol, as a deeply-embedded intelligence asset for Israel, not only pulled the necessary strings and maneuvered the necessary levers for getting the ‘Clash of Civilizations’ kicked off under GWB (and continuing it under Obama) that has led to the deaths/displacement of tens of millions of Israel’s enemies, but as well has had his dirty hands up to his greasy Hebraic elbows in the Impeachment of Trump and all the political/economic turmoil related to Covid that began immediately after POTUS DJT hosted Netanyahu at the White House to begin the ‘big push’ for his ‘Ultimate Deal of the Century’ that would see Judea, Inc caged and quarantined like the deadly mad-dog virus that it is. Consider as well the following from Kristol–

‘If you want to replace Trump as president, it’s going to be by a Democrat.’ 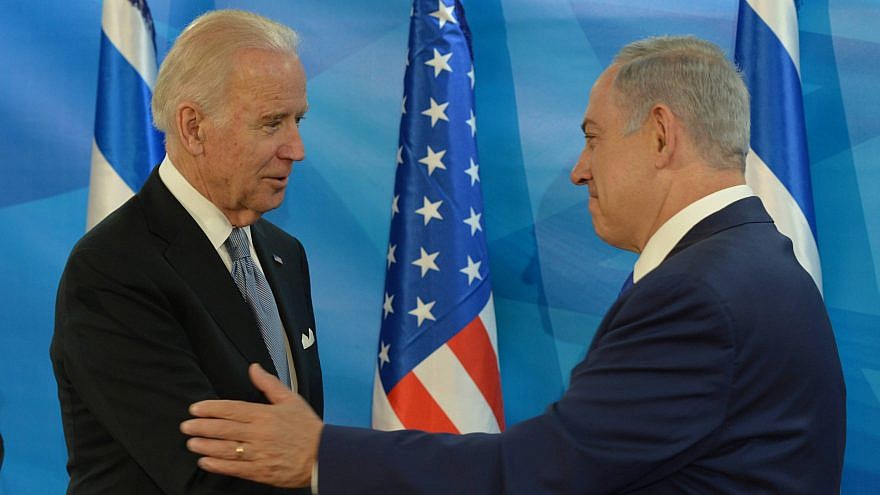 Neoconservative thinker Bill Kristol has been highly critical of President Trump for years, even while many on the right who were once disapproving came to support the president.

In the waning days of the president’s Senate impeachment trial, he tweeted over the weekend his support for Democrats.

Bill Kristol✔@BillKristolNot presumably forever; not perhaps for a day after Nov. 3, 2020; not on every issue or in every way until then. But for the time being one has to say: We are all Democrats now.

He says the tweet was meant to be time-sensitive to 2020 and “somewhat jokey,” but also to serve as a warning to Republicans that it’d be “foolish” not to rethink some conservative orthodoxies.

“I’m very honestly just agnostic about what the future looks like,” he says. “I do think in the short term, I think a second term of Donald Trump is very dangerous.”

Kristol has been an important figure in the Republican Party for decades. He served in the Ronald Reagan and George H. W. Bush administrations, founded the now-defunct conservative Weekly Standard, was a fierce supporter of the Iraq War, and became an influential opponent of former President Bill Clinton.

Now, he’s the editor-at-large of the Bulwark, a conservative news and opinion website.

What about the Republican Party he so fondly engaged with in years past? He says right now, the GOP needs to focus on whether the party can be saved after the Trump administration.

“Trump has to be defeated,” he says. “Even then, I think I’m much more pessimistic than I was a couple of years ago that it would be easy or even possible to get beyond Trump.”

On what he meant by his tweet on becoming a Democrat–

“I mean that until November 3rd, 2020, at the presidential level, at least, the attempt which I was involved in to recruit a strong Republican challenger to Donald Trump has failed. So if you want to replace Trump as president, it’s going to be by a Democrat.”

On his tipping point

“I think I had a series of sort of mini tipping points which added up to one big one. I mean, Trump turned out to have such a stranglehold on the party. And we saw that in the House on the impeachment vote where again, I thought, ‘OK, they’re mostly going to stick with Trump, but 10 or 20 I think would desert as happened with Nixon.’ [But that] didn’t happen. Then in the Senate, I thought, ‘OK, you know, the people who are retiring, who have pretty distinguished careers, do they want to go down with this ship?’ And the fact that they’re all rationalizing now a vote to acquit, pretty hard for me to look anyone in the eye honestly and say, ‘Hey, let’s join me in the fight to save the soul of the Republican Party.’

“So the combination of what’s happened in the country in terms of there being no credible challenger to Trump and what’s happened with the congressional Republicans, especially on impeachment, but not only on impeachment, incidentally, the general justification of Trump and the acceptance of Trumpism is almost as bad as the acceptance of Trump, the kind of degeneration of everyone’s rhetoric and to Trump-like rhetoric.”

“I mean at times I’ve been tactically, certainly against cooperation and who hasn’t been in politics? And maybe in some of those times I was wrong, but I think I have a pretty good record on foreign policy especially, including under President Obama, of trying to find times to support Democratic presidents when they did the right thing. We supported Bill Clinton in Bosnia, we supported the surge in Afghanistan.

“There are times I went further than I should have I now think in retrospect, but I don’t think I’ve ever descended to the level of personal invective that Trump routinely does.”

On response to The Intercept article that said Republicans wanted to create a new establishment to prevent another Republican from ever stepping down like Nixon did, and whether the stage was set 30 years ago for Trump’s impeachment trial today

“No, ludicrous, I was 21 years old when Nixon was impeached and I was on the side of impeaching him so I don’t know what I had to do with that. But no, the conservative counter establishment was mostly a healthy counter establishment, unless the left’s view was that there should be no one on the other side. You want a conservative counter establishment. You don’t want a bigoted, xenophobic conservatism. Maybe we haven’t done as good a job as we might have in fighting that at every stage. But we certainly try to. You know, I was kicking Pat Buchanan out of the Republican Party. I said I would not support Ron Paul in 2008 or 2012 if he won the Republican nomination.”

“I mean, it’s a free country. And so I left Fox [News], but I can’t shut down Fox. And I don’t think we want a country where that would be easy to do. The Weekly Standard, the magazine I edited, basically was closed down by its owners because we were anti-Trump. So I don’t think the problem is really the infrastructure at this point. The problem is Trump. The Trump problem is the base which has become infected with the kind of xenophobia, authoritarianism. And I will say this: The degree to which elite conservatives though have accommodated and rationalized Trump is very bad.

“So Fox News, they were not as crazy or as conspiratorial certainly 10 years ago, 15 years ago as they are today. They were just conservative, mostly with a sort of some Bill O’Reilly type populism that was mostly rhetorical and semi harmless, I would say, and certainly didn’t have the kind of Tucker Carlson, Laura Ingram edge of real bigotry, I don’t think. But The Wall Street Journal editorial page, which is a very respectable page, the degree to which it, for example, has rationalized conspiracy theorizing and Trumpism, that has been a bit of a shock for me. And so I don’t disagree with what I think is kind of underlying some of your questions, which is that conservatism as a whole has more rethinking to do than just getting rid of Trump. The conservative elites have turned out to be much more susceptible to the appeal of a winning demagogue, much more driven by just hatred of the left than by affection for certain principles and a certain vision of the country. That has been a little startling to me and a little distressing to me and something we need to confront I think.”