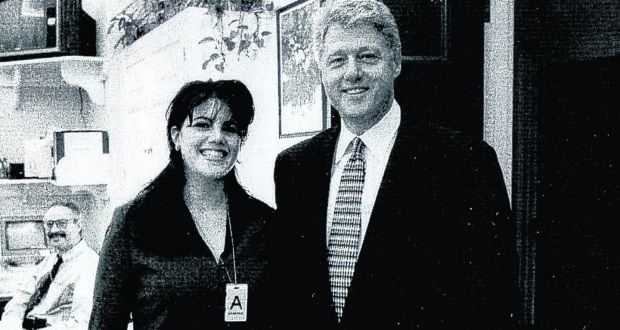 In making sure he understood exactly the nature of the forces that were being arrayed against him, then-POTUS Clinton learned–UPON LANDING AT BEN GURION AIRPORT–that the House Judiciary Committee had voted ‘up’ on the long-simmering Impeachment articles related to the Lewinsky sex scandal. Clinton was there in Israel to push the next steps forward in implementing the ‘Peace deal’ he had drawn up between the pirates of Judea and the Palestinians.

Now, let us all consider what has happened in the last 4 years relative to a certain DJT, POTUS and his ‘Deal of the Century’ aimed at–as was the case with his predecessors–bringing some sort of resolution to the ‘never-ending war’ between the pirates of Judea and the Ishmaelite inhabitants of the Middle East–

–Charges of ‘Russian meddling’ in the elections

–Political instability arising out of a stolen election.

And now, ask WHO has the power to make all that happen…

Please watch the video and note how ‘friendly’ Clinton and Netanyahu are to each other, despite the fact that Clinton knows who is responsible for the Impeachment charges against him.

Kinda like, well, Trump and Netanyahu being very friendly to each other when the cameras are on.

Fast Forward to the 13-minute mark.