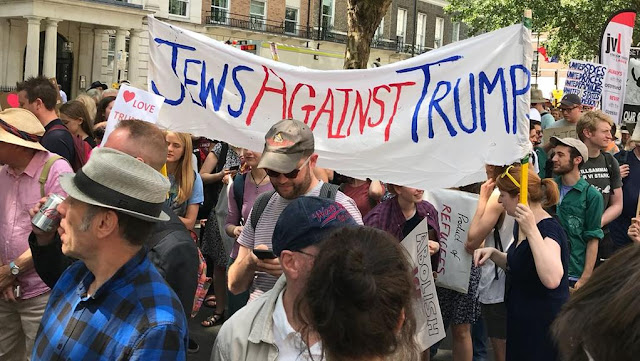 JTA
On Wednesday, the U.S. House of Representatives Judiciary Committee launched impeachment hearings just hours after the Intelligence Committee, chaired by Rep. Adam Schiff, D-Calif., concluded its own impeachment inquiry.
The 300-page Intelligence Committee report concludes that President Donald Trump “placed his own personal and political interests above the national interests of the United States” in asking Ukrainian President Volodymyr Zelensky to investigate former Vice President Joe Biden, calling it “the act of a president who viewed himself as unaccountable and determined to use his vast official powers to secure his reelection.”
It is now the Judiciary Committee’s task to decide whether to recommend articles of impeachment. And while the officials who appeared before Schiff’s committee were fact witnesses who described the events surrounding the Ukraine scandal, Judiciary Committee chair Rep. Jerry Nadler, D-N.Y., brought three witnesses — all constitutional scholars — that he hoped would outline a theory of impeachment.
All three witnesses are Jewish: Noah Feldman of Harvard, Pamela Karlan of Stanford and Michael Gerhardt of the University of North Carolina. So are Schiff and Nadler, and so was the Democrats’ counsel who directed the first 45 minutes of questioning, Norm Eisen.
Why does this matter?
Well, predictably, it mattered to anti-Semites.
Ann Coulter, the right-wing agitator, tweeted, “Too little ethnic diversity among the professors for me to take them seriously.” Considering her past flirtations with anti-Semitism, one could conclude that she wasn’t faulting the professors just for being white.
TruNews, the YouTube channel run by an anti-Semitic Florida pastor who has coined the term “Jew coup” to describe the impeachment process, took to Twitter to accuse  “Jewish socialist Jerry Nadler” and his “three Jewish witnesses” of “escalating the Jew coup.” TruNews also helpfully informed us that Jonathan Turley, a George Washington University scholar and witnesses called by the Republicans who testified that the evidence for impeachment simply does not add up, is a Roman Catholic.
Twitter removed the tweet. Anti-Defamation League CEO Jonathan Greenblatt screenshotted it for posterity, calling on social media platforms to take action against blatantly anti-Semitic posts.
Why not ignore the blatant anti-Semitism?
Because the fringes no longer have pariah status: TruNews has been accredited for White House news conferences. Trump has taken questions from them (about his plans for Israeli-Palestinian peace, of all things) and his son, Donald Jr., gave TruNews an impromptu interview earlier this year at a Michigan rally. (Trump Jr.’s spokeswoman told The Washington Post that he was not aware at the time of TruNews’ outlook.)
Those views have crept into the mainstream discourse.
While the hearings were underway, Breitbart News, the Trump-boosting news site, posted a story, “Norm Eisen, Democrat Impeachment Counsel, Linked to George Soros.” Breitbart reported that Soros’ Open Society Foundation had helped fund an ethics watchdog Eisen founded, Citizens for Responsibility and Ethics in Washington, to the tune of $1.35 million in 2017. (This is not a secret: It’s on the Open Society website.)
But the Breitbart story failed to explain the relevance. Eisen is not pretending to be nonpartisan or unaffiliated from a liberal outlook; there is no suggestion that Soros’ money is reaching the committee itself.
Soros, the liberal Jewish billionaire philanthropist, is incessantly attached to conspiracies. Fiona Hill, a former senior National Security Council staffer, noted last month how the baseless Soros conspiracy theories beset the Ukraine scandal and called them anti-Semitic.
Republicans on the panel attempted to depict the three scholars on the Democratic side as effete elitists, another classic trope.
“Democrats still don’t get it,” Minority Leader Kevin McCarthy said on Twitter. “They are pushing ahead with impeachment based on opinions from liberal law professors from coastal universities.”
McCarthy, from California, attended a “coastal university” (Cal State, Bakersfield), and Turley, the GOP’s scholar, teaches at one, George Washington — but never mind.
This creates Jewish fear.
I got texts from leading Jewish Democrats during Wednesday’s hearings wondering, with not inconsiderable trepidation, whether the scholars were indeed Jewish.
The trepidation is a shame because considerations of how being Jewish shapes one’s outlook should be free of anxieties about what anti-Semites will make of it. And there are meaningful Jewish stories behind the decisions of these witnesses to become constitutional scholars:
“I grew up in Alabama, and I grew up Jewish in Alabama in the 1960s,” Gerhardt told C-Span last year, “and that was a time of great turbulence, and the time the civil rights movement was sort of unfolding, and it was all unfolding in front of me, and I paid attention to it, and that  — those events that arose in the ’60s and early ’70s really shaped my interest in civil rights, but also my interest in law.”
Karlan, delivering closing remarks in 2006 at the annual meeting of the liberal American Constitution Society, called herself one of the “snarky, bisexual, Jewish women who want the freedom to say what we think, read what we want and love who we do,” calling on listeners to “seize back the high ground on patriotism and on love of our country” from the rich, pampered, prodigal, sanctimonious, incurious, white, straight sons of the powerful.”
Feldman, who in 2015 launched Harvard’s Julis-Rabinowitz Program in Jewish and Israeli Law, also helped draft the Iraqi constitution; he is gripped by how and whether religious and civil law can coexist.
“Jewish law and Israeli law are distinct and different,” Feldman was quoted as saying by Tablet at the time of the launch of the Harvard program, “yet they also interact and make claims on each other.”