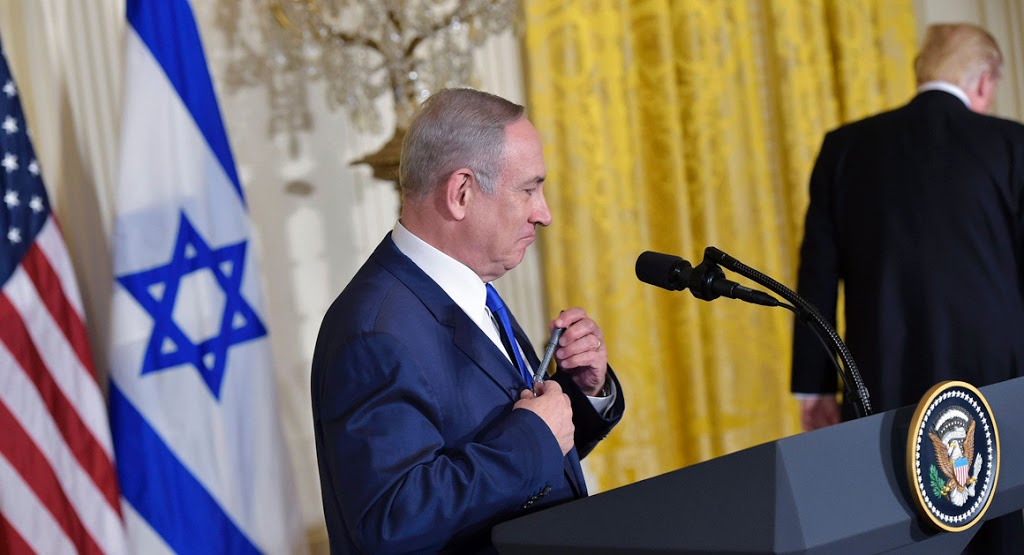 Three of the four Democrats leading the charge to impeach President Donald Trump for a second time are Jewish: David Cicilline of Rhode Island, who is the lead sponsor, and Jamie Raskin of Maryland and Jerry Nadler of New York, who are among the three lead co-sponsors.

ed note–yes, we’ve said it before, but we’re going to say it again, and again, and again, because the seriousness and the severity of what all are facing now demands that those responsible–whole or in part–be recognized and charged for the role that they personally played in helping bring it all about.

Donald J. Trump was on a mission to save America and the world from what were/are Judea’s plans of the now-unfolding Apocalyptic upheaval that she and her ‘peeps’ say must take place prior to the arrival of their ‘Moshaic’, the Jewish Messiah (which Christians refer to as the Anti-Christ and Muslims as Dajjal) whom the Jews believe will destroy all Gentile nations that oppose Israel and that stand in the way of her ascension as the world’s lone superpower.

And even though he has not used this specific language, he has dropped thousands of hints ever since he was candidate Trump concerning the very real danger which the world was facing if these plans were permitted to go forward per the demands of Judea.

The average brain-dead/half-asleep/barely-conscious American can be (to some minuscule degree) given a pass for not seeing that this was the case. As the aforementioned descriptions indicate, they were/are the equivalent of someone who has been heavily anesthetized and therefore incapable of rational and intelligent thought. The reader should recall that these were the same people cheering on the Apocalyptic annihilation of Iraq as ‘punishment’ for 9/11, even though Iraq had nothing whatsoever to do with it and they–to some degree, greater or lesser–knew this to be the case.

For those making up the ‘911 Truth Movement’ however, and who WITH THE SAME MINDLESS, REFLEXIVE AND INCOHERENT REACTIVE POSTURE joined up with Judea’s OBVIOUS AND OUT IN THE OPEN CONSPIRACY/PLANS of destroying the person and the presidency of DJT, no such ‘pass’ can be given.

The reason they can’t be given a ‘pass’ is because they were people who understood better than the average anesthetized American the subversive and insidious nature of how the forces of organized anti-Gentilism operate as they watched and understood for themselves the role that the ‘NeoCons’ played in affecting the destruction of Iraq and the decapitation of its political system in the murder of Saddam Hussein. They knew it was a seek-and-destroy mission for Israel’s benefit and that it was just the opening step of much larger plans that included the destruction of virtually the entire Middle East yet to be put into motion.

Therefore, the moment–in fact, the VERY MICROSECOND–that those individuals such as Bill Kristol, David Frum, Max Boot, Jennifer Rubin, the Kagan Brothers and the rest of the NeoCon gang made themselves very conspicuously seen, large-and-in-charge/front-and-center as the anti-Trump operatives that they were, the one conclusion to which all those claiming some degree of expertcy in understanding the twists and turns of Israel’s machinations and of being ‘woke to the JQ’ should have concluded is that the same agenda that succeeded in removing Saddam Hussein from power was now maneuvering full bore at seeing the removal of Trump.

Therefore, all those same individuals who for the last 5 years have gladly and proudly stood alongside the NeoCons in what they have tried to do in burning down the Trump presidency but who now have been ‘woke’ with an obvious stolen election, political upheaval and collapsing economy and therefore concluded that ‘the Jews have turned on Trump’ need to be seen and understood for what they really are–kooks, quacks, and cranks who shouldn’t be believed if they predicted that the sun will rise in the East and set in the West, as their track record on all of this is Kristol clear, no pun intended.

Three of the four Democrats leading the charge to impeach President Donald Trump for a second time are Jewish: David Cicilline of Rhode Island, who is the lead sponsor, and Jamie Raskin of Maryland and Jerry Nadler of New York, who are among the three lead co-sponsors.

All three are on the US House of Representatives Judiciary Committee, which traditionally takes a lead role in impeachment proceedings, and which Nadler chairs. Raskin is a constitutional scholar.

Of the 25 Jewish Democrats in the new Congress, just one has yet to announce where she stands on impeachment, Elissa Slotkin of Michigan, who played a critical role in persuading other moderate Democrats to back Trump’s first impeachment in 2019, when she reversed her opposition. This time around, other moderate Democrats who like Slotkin were wary of impeaching Trump until relatively late in the process in 2019, have already signed on. But she has not, and has yet to explain why she is not a sponsor of the impeachment articles.

Slotkin said last week that she backs invoking the 25th Amendment, designed to transfer power when the president is unable to lead. That would require Vice President Mike Pence to launch the removal of Trump from office; Pence has given no signal that he intends to do so.

That had originally been the preference of many Democrats. Raskin authored a resolution urging Pence to invoke the 25th Amendment, and House Democrats said that if Republicans withheld objections they would not move to impeach. But Republicans did object, and the Democrats introduced a single article of impeachment on Monday morning.

The legislation cites Trump’s role in fomenting the violent siege that Trump supporters laid against the Capitol building last week. “Donald John Trump engaged in high Crimes and Misdemeanors by inciting violence against the Government of the United States,” it says.

Trump has for months peddled the falsehood that he prevailed over president-elect Joe Biden in November’s election. He urged protesters to converge in Washington, D.C., last Wednesday when Congress convened to formally affirm Biden’s win and, in a speech, urged his supporters to march on the Capitol. They heeded his call, and hundreds of them stormed and looted the building and sought out lawmakers who went into hiding. At least five people died.

“The attempted coup at the United States Capitol last Wednesday, which took place as lawmakers inside counted the electoral votes that would formalize Joe Biden’s overwhelming election by the American people, marks one of the lowest points in our country’s 245-year experiment in democracy,” Cicilline said Monday in a New York Times op-ed, explaining his decision to launch the proceedings.

If Pence does not invoke the 25th Amendment by Wednesday, the House Democrats plan to move forward with the impeachment legislation. All but 12 Democratic lawmakers have signed on, and five of those would not be expected to either because they hold leadership positions or have been nominated for roles in Biden’s administration.