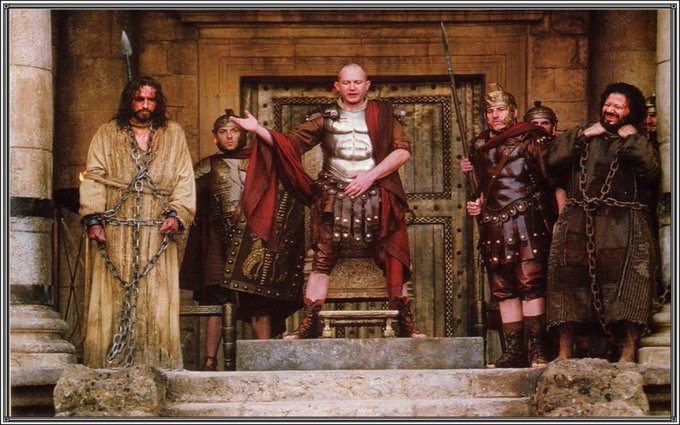 ed note–No, she is not some ‘aberration’. The Jews as a group have hated Jesus Christ for 2,000 years and that hatred has only intensified since then. His teachings ran counter to the war booty promised them by Moses, whose ‘sheppardship’ promised them ‘paradise on earth’ rather than the ‘kingdom of heaven’ offered by JC.

Judaism (and its followers) do not want ‘peace on earth’ with other men (Gentiles) of good will. What it wants is a ‘land flowing with milk and honey’ (wealth and power) something which JC eschewed by saying that it is ‘easier to pass a camel through the eye of a needle than it is for the wealthy to enter into the kingdom of heaven’.

There is no ‘Judeo-Christianity’ and anyone who makes this claim is either a fool or a liar.

As far as our unesteemed Jewish Atty General’s statement that ‘Happy Holidays’ should be used in place of ‘Merry Christmas’, would she have had a similar Hebraic hissy-fit if she and her son were leaving a store and one of the employees said ‘Happy H’nooka’?

In one word, DOUBTFUL.

Attorney General Dana Nessel of Michigan tweeted her concern over President Trump’s use of “Merry Christmas” this weekend, according to CBN News.

While campaigning in Georgia in an attempt to secure Republican Senator’s seats, the President told the crowd:

‘Let me begin by wishing you all a very Merry Christmas. Remember the word? Remember we started five years ago and I said, ‘You’re going to be saying Christmas again,’ and we say it proudly again. Although they’ll be trying to take that word again out of the vocabulary. We’re not going to let them do that.’

Nessel later told her Twitter followers in response to Trump’s speech, ‘I remember the first time I was at a store with my son and an employee said ‘Merry Christmas’ to us. My son looked devastated and asked, ‘Are we the only people who don’t celebrate Christmas?’ I answered ‘No, and we are just as American as everyone else.’ Glad @JoeBiden knows that.’

But the now-deleted tweet brought an onslaught of responses chiding the AG for her disparagement of ‘Merry Christmas.’

She later tweeted, ‘Saying ‘Happy Holidays’ this time of year does not denigrate Christianity. It simply acknowledges and respects the great diversity of our nation and includes each and every one of us who call ourselves proud Americans.’

A follower told Nessel in response: “Being offended is a choice. If you’re offended by an expression of goodwill, that’s a you problem. If someone wishes me Happy Hanukkah or Ramadan I just say thanks as it’s said with good intentions. Asking people of faith to not use these is telling them to hide their faith. Nope.”

Another was confused how the greetings could cause such harm. “There are only 2 holidays in December. I say Happy Hanukah to my Jewish friends and Merry Christmas to my Christian friends. I belong to neither religion, but somehow I manage these small gestures to goodwill without severe damage to my psyche.”