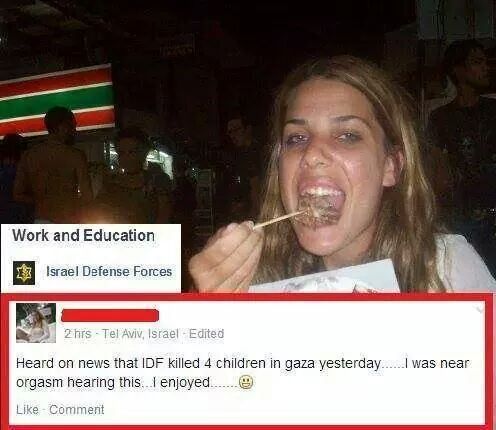 ed note–As we have said often and continue to say, one simply cannot understand the existential, Apocalyptic threat that organized Jewish power poses to the entire world without first understanding in a RATIONAL MANNER (meaning divorced of the mind-paralyzing effects of religious sentimentality) the various commandments, rituals and traditions of Judaism going all the way back to the book of Genesis.

Our Hebraic author is 100% correct. Hanukkuh is not some harmless ‘celebration of lights’. It’s not about giving gifts and eating doughnuts and all the other seemingly non-controversial manifestations that stupid Gentiles believe it to be, including all those Christians and Muslims who year after year wish their Jewish friends and neighbors ‘Happy H’nooka’ without realizing that just like Passover, Purim and other ‘holy days’ within the Jewish calendar, it is a celebration of Gentile slaughter taking place in times past.

One can imagine if there were a yearly religious holiday in Christianity celebrating the early disciples of Jesus rising up violently and killing en masse the feral, fever-brained Judaic persecutors who first organized the mafia hit against Jesus Christ and then began hunting down his followers as recounted in the gospels. The ADL and other Jewish groups would screech in decibels so high that the dead would crawl out of their graves and begin roaming the earth like one of the zombie movies that are so prevalent today.

Dittoes with Islam. If there were a ‘Koranic’ version featuring Muslims doing what the Maccabees did and which is celebrated every year at ‘H’nooka’, the world would never hear the end of it.

And yet the Jews and their ‘holy day’ remembering with fondness the blood that was shed by a group of feral, fever-brained Ju-hadists who first murdered fellow Jews who had ‘strayed from the faith’, and then the Greek Syrians who tried to protect those ‘infidel’ Jews from being butchered, well, everything’s just ‘kosher’ as far as that is concerned.

Judaism is not a ‘religion’ in the sense that others such as Christianity, Islam, Hinduism, Buddhism, etc are. Whereas the others are dedicated to the improvement of the individual so as to make him/her a more pleasing specimen in the eyes of his/her creator and in facilitating peace between men and women, Judaism is something else entirely. It is a formula, a spiritual computer virus of sorts hidden within the garb of religion that is dedicated to subduing the world to its precepts, all of which are hyper-focused towards one goal–the ascension of the Jewish people as rulers and owners of the world’s wealth and power and the suppression of Gentiles as ‘servants’ in bringing to the Jewish nation that wealth and power.

Please make sure to read carefully those sections in red.

During the week of Hanukkah, every evening during television’s prime-time hours, Israeli celebrities presided over candle-lighting ceremonies filmed in local hospitals as part of an ad campaign for a dairy company.

The slogan of the campaign was, ‘Lighting a white candle of thanks to the angels in white,’ as an act of gratitude from the Israeli public for the struggle that medical personnel have been waging on the coronavirus pandemic.

The local celebrities thanked God, the ‘king of the universe’, who had commanded them to kindle the Hanukkah lights, and with glowing faces and great devotion sang together ‘Maoz Tzur’ – the festive poem about the Temple and the bringing of sacrifices. The same piyyut which also includes the phrase, “le’eyt takhin matbe’ah” (‘when you will prepare the slaughter’), which is usually sung with special joy, and refers to the Lord’s planned massacre of the enemies of Israel.

This ‘slaughter’ which is mentioned in the song is very deeply ingrained in the consciousness of every Jew who has gone to preschool in Israel. The people of Israel clearly do not oppose committing a massacre as a matter of principle or symbolism.

On the contrary. They yearn for it, in a daily national and familial ritual.

Many may delude themselves, in denial and apathy, that they do not understand what the word ‘matbe’ah’ means, that they are singing without thinking. The truth is, they simply don’t want to know. Perhaps ‘matbe’ah,’ which sounds somewhat like the Hebrew word for kitchen, is just some ancient dip that God is preparing?

Perhaps, but if it’s indeed a divine dip, the main ingredient is the blood of non-Jews. And if it’s a filling for doughnuts, then it is made from blood as red as strawberry jelly.

But ‘Maoz Tzur’ somehow is not on the blacklist. It’s fine. What can be more politically correct than divine roux and the massacre of non-Jews presented as disseminating light to the world? ‘When you will prepare the slaughter’ is the Jewish jihad, the holy war against the infidels. Yalla, slaughter. That’s really a great light. If a massacre is light, then what’s darkness? The darkness is all those goyim who are meant to be murdered in the massacre.

Singing ‘Maoz Tzur’ is the perfect symbol of Israeli society’s existential situation these days. Tell me, do you hear the horrors coming out of your mouth? Your lips move and the words are pronounced and you, the singers and penitents, completely repress their meaning, which has been deeply implanted in your souls from birth.

Happy massacre. You are not human beings with free will and independent thought, but automatons who have undergone Pavlovian conditioning, angels of death, who upon hearing the word ‘matbe’ah,’ start salivating greedily for the warm potato pancake and the comforting doughnut.