ed note–prima facie as to why for 5 years since the emergence of DJT on the political scene we counseled here on this informational endeavor that in the oftentimes multi-layered/highly-nuanced world of geo-politics (and especially those where the forces of organized anti-Gentilism are involved) that what is required in arriving at an ACCURATE understanding of those geo-politics is much more than just the usual one-dimensional examination/analysis that generally follows some statement on the part of so-and-so-politico or a pic showing 2 leaders shaking hands and smiling.

The first thing that must be considered in all of this is the timing of it, and by that we mean this– 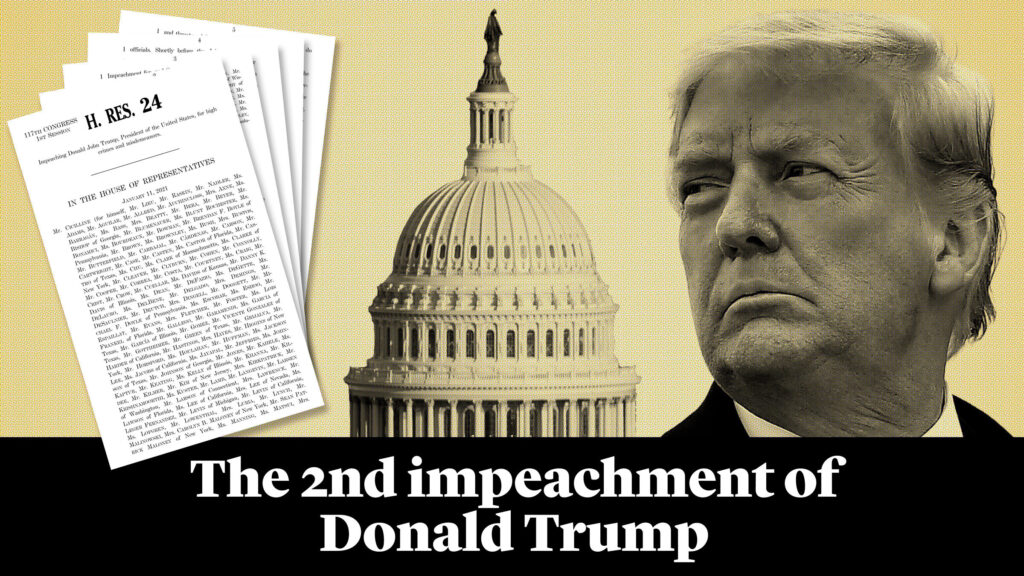 The reason the timing of this is important is because of exactly WHO ‘Otzma Yehudit’, described in the piece below as ‘Israel’s most extremist right-wing faction’ is.

As the reader will see below, it is the modern-day political legacy of none other than Meir Kahane, a Jewish rabbi who–to his credit for at least being honest–did not try (as so many others do) to sugar-coat/mask the racist, supremacist and violent teachings and protocols within traditional Judaism and its ‘how-to’ manual, the Torah. Adopting the ‘honesty is the best policy’ approach rather than ‘by way of deception, we shall make war’ that encompasses virtually ALL hasbara on the part of Judaism and its defenders, he made clear in the various sermons he gave over the years that as far as Jews were concerned, Gentiles were to be dealt with violently, without any mercy, down to every man, woman and child.

Now, the reason it is important that Netanyahu has decided at this time to push for the advancement of Kahane’s legacy in Otzma Yehudit, Israel’s most extremist right-wing faction, as well as other persons/parties in Israel that are just as far-right and extremist is not due as much to him wanting to ‘form a government,’ but rather to him wanting to form a certain kind of government, one that will back him up in what he is planning to do viz the (non) creation of a ‘Palestinian state’ which he has sworn over the many decades of his political career that he would NEVER allow to be brought into existence.

Now, the obvious head-scratcher in this is that Biden happens to be sitting in the White House, and all can rest assured that he will never, NEVER go up against Netanyahu in any kind of substantive way. He knows that he owes Netanyahu for what ‘Bibi’ did in marshaling all the resources needed in pushing DJT out of 1600 and therefore would never move against him in any kind of substantive manner, and especially not with regards to creating any kind of ‘Palestinian state’.

Perhaps then Netanyahu is worried about something else, such as, well, the return of DJT to the White House and his picking up with his ‘Ultimate Peace Deal’ where it abruptly left off with the stolen 2020 election which Bibi and his cousins brought about.

Yes, something of a ‘stretch’, but perhaps not as much a stretch as people imagine. As we have counseled on this website for many years, and especially in the last year or so, when it comes to DJT and the war against his attempt at disentangling America from the ‘Project for a New American Century’, there is much more going on than what appears merely on a surface level.

As usual, please pay close attention to the sections in red, and particularly those sections detailing how night-creatures such as Bennett and Smotrich–every bit as violent, Torah-observant and ‘right-wing’ as Ben Gvir, have for reasons of ‘optics’ tried to remake their image into something apparently-less violent, Torah-observant and ‘right-wing’, yet another manifestation of that axiom which we minted here and which needs to be factored into anything/everything coming out of the mouth of Judea, Inc and especially anything created for Gentile consumption, which is that–

Prime Minister Benjamin Netanyahu has invested hours of effort over the last two weeks in ensuring that Otzma Yehudit, Israel’s most extremist right-wing faction — at least, the most extremist faction not actually outlawed on grounds of racism or support for terrorism — succeeds in getting elected to the next Knesset.

Betzalel Smotrich’s right-wing Religious Zionism faction has been polling below the 3.25-percent electoral threshold. If Smotrich fails to clear that line, as many as three Knesset seats that would have gone to the pro-Netanyahu right could be lost.

Facing a race that polls suggest may be very close indeed, Netanyahu has looked for ways to bolster Smotrich’s election showing, and his solution to this has been to encourage Smotrich to unify his slate with that of the extremist Otzma Yehudit. Each has polled recently at slightly above the 2% mark. A union, Netanyahu hopes, might push both over the threshold, adding four or even five seats to the right-wing camp in the 24th Knesset.

Netanyahu’s eagerness for the union, including promises of cabinet posts and the assurance to Smotrich that he will be able to appoint one lawmaker to Likud’s slate – compensating for a seat lost to Otzma Yehudit on his own list – did the job, as Smotrich and Otzma Yehudit leader Itamar Ben Gvir signed a shared slate agreement on Wednesday.

The effort makes perfect sense in terms of electoral math. But as many have already noted following Netanyahu’s past efforts to help Otzma Yehudit win seats in parliament, there’s a grotesque moral compromise underlying it all, one that Netanyahu’s opponents and supporters alike, including Likud lawmakers, all acknowledged on Thursday.

Opposition leader Yair Lapid didn’t mince words: “The fact that Netanyahu is doing everything to push Kahanists and terror supporters who glorify Baruch Goldstein into the Knesset is a national disgrace. He has no shame,” he tweeted.

Likud Knesset Speaker Yariv Levin, in an interview with Israel Radio Thursday, prefaced his defense of Netanyahu’s efforts to “unite all the forces” of the right with, “of course, Itamar Ben Gvir’s path isn’t my path and his views aren’t my views.”

In 2019, when Netanyahu engineered a similar deal to try to get Otzma Yehudit into the Knesset, even the American Israel Public Affairs Committee broke from its typical aversion from commenting on internal Israeli politics, announcing that it has “a longstanding policy not to meet with members of this racist and reprehensible party.”

Poster of a terrorist

It’s hard to exaggerate the extremism of Ben Gvir’s views, past and present. In his teens, Ben Gvir led the youth wing of the racist Kach movement founded by Rabbi Meir Kahane until it was outlawed following the 1994 massacre by Kach activist Baruch Goldstein of 29 Muslim worshipers at the Tomb of the Patriarchs in Hebron.

That record of extremist activism, including his leadership role in Kach at an early age, led the IDF to reject him for military service.

In the run-up to the assassination of former prime minister Yitzhak Rabin, the young Ben Gvir was among the most vociferous activists orchestrating attacks on Rabin’s motorcade, calling the prime minister a “traitor” and threatening him openly. He helped organize a protest-turned-attack on Rabin’s motorcade in 1995 in which the car’s emblem was ripped off by the assailants.

As he told a Channel 1 news crew at the time, holding the emblem in front of the camera: “People managed to take this emblem off the car. The emblem is a symbol that symbolizes that just as we could get to this emblem, we can get to Rabin.”

A short time after the broadcast, Rabin was assassinated by a far-right Jewish activist opposed to his policies.

But Ben Gvir’s extremism didn’t end in the mid-1990s. Ahead of the March 2020 election, Yamina leader Naftali Bennett vetoed Ben Gvir’s inclusion in his right-wing slate. One reason cited by Bennett: Ben Gvir had a portrait of Baruch Goldstein hanging in his living room.

Ben Gvir reportedly took down the portrait in an unsuccessful attempt to mollify Bennett. It is not clear if the portrait was returned to his living room wall after the election.

Yet Ben Gvir poses another problem for Netanyahu. Beyond the moral and public-relations costs of openly working to legitimize and enhance Ben Gvir’s extremist politics, there’s the simple fact that Ben Gvir can’t be trusted to reciprocate the favor.

Asked by the religious-right Srugim website on Thursday about his future membership in a Netanyahu-led coalition, Ben Gvir sounded less than grateful for Netanyahu’s help. Netanyahu, he explained “always has excuses” for failing to establish a “true right-wing government.”

“I’ll recommend whoever can form a right-wing government,” he replied.

Likud doesn’t want to be painted with the Ben Gvir brush, and every defender of Likud on Thursday took the same line. To paraphrase: “Ben Gvir is terrible, sure, but leftists willing to sit with Balad MKs don’t have a right to criticize.”

Even Betzalel Smotrich himself is uncomfortable with the union and tried to avoid it until the last minute. Smotrich has sought to transform his far-right image into one of a competent mainstream leader and only agreed to hitch his horse to Otzma Yehudit when the polls showed that rebranding hadn’t worked.

Smotrich “has worked hard to improve his public image,” noted Atara German, political analyst for the right-wing newspaper Makor Rishon, on Thursday. “But his union with Ben Gvir sets him back.”

Why, then, is Netanyahu tying himself to extremists even the religious-right dislikes and his most avid supporters struggle to defend? Ben Gvir may carry Smotrich over the threshold, and then, without batting an eyelash, may refuse to support a Netanyahu-led government if he believes it isn’t sufficiently right-wing.

Netanyahu may also be aiming for a bigger prize, and having Ben Gvir as a bogeyman could get him there.

The simplest explanation is because even if Ben Gvir goes to the opposition, Netanyahu still has three reliable seats from Smotrich and whoever else he brings in. Seats don’t grow on trees and if Netanyahu wants to stay in power, he’ll need every one he can scrounge up.

Ben Ari entered the Knesset in 2009 as the fourth-placed member of the four-seat National Union faction. He appointed Ben Gvir, a fellow Kahanist and activist, as his parliamentary aide.