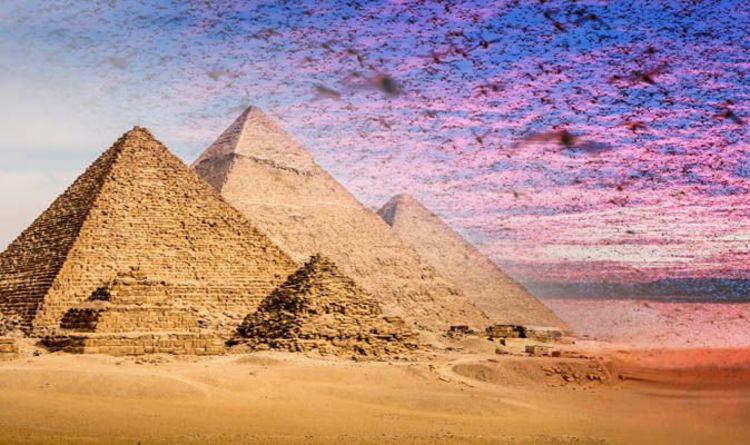 ed note–Readers who were paying close attention nearly a year ago when Covid had first made the news will recall that those rabbis in Israel associated with Netanyahu’s Likud party described it as a ‘plague’ sent by Yahweh, or ‘Hashem’, whatever name they chose to give it, in the immediate aftermath of DJT hosting Netanyahu at the White House in order to unveil Trump’s ‘Deal of the Century’ that would see the caging of the monster in contradiction to the very specific ‘protocols’ as laid out in Kristol clear terms within the pages of the Torah, or ‘Old Testament’ to Christians.

The timing of the appearance of this virus was/is by no means coincidental, no more ‘coincidental’ than that the terrorist attacks taking place in NY almost 20 years ago on the 11th day of the 9th month coincided (in reverse) with the Jews’ yearly celebration of ‘Tisha b’Av’ (9th day of the 11th month in the Hebrew calendar) where they mourn the loss of their 2 temples (Twin Towers), first to the Babylonians (modern day Iraq) and then in 70 AD to the Romans.

Nor is it coincidental that of all the countries affected, Israel has suffered one of the lowest mortality rates from Covid, the same country that maintains one of the most sophisticated germ-weapon/bio-warfare programs in the world and is on record having developed ‘race-specific’ viruses that can kill others based upon their genetic DNA while leaving Jews unharmed.

And likewise, nor is it merely ‘coincidental’ that America is suffering the HIGHEST levels of mortality as a result of ‘Covid’, and rest assured then that it is only a matter of time before Trump’s biggest base of support–the Israel-loving Christian Evangelicals, with a long-established record of IMMEDIATELY assigning any and all ‘curses’ that fall upon America as being a form of ‘divine punishment’ for America forcing Israel to ‘divide the land’ (as Trump’s ‘Deal of the Century’ clearly does) will ‘diagnose’ the arrival/cause of Corona/Covid within PRECISELY those pre-determined parameters, i.e. it being the reaction/result of an angry Yahweh towards ‘Pharaoh’ for mistreating the apple of his eye.

As we like to say here, wait for it, watch for it, cuz’ as sure as shinola, it’s coming.

While scientists struggle to understand the coronavirus as it shifts and changes in front of their eyes, a mystic rabbi in Israel is making accurate predictions of what lies in store for the world.

Last week, it was announced that a spike in coronavirus cases in Britain was caused by an outbreak of a new mutated strain of the virus labeled N501Y by scientists. This development is raising concerns about the efficacy of the recently released vaccine. A mutation means a change in the genetic sequence of the SARS-CoV-2, which is an RNA virus. Experts are reassuring the public that the vaccine will be effective as there have already been over 4,000 mutations detected in the coronavirus since the pandemic began while noting that a single mutation does not render the vaccine ineffective. The British mutation initially appeared in Brazil in April before crossing the Atlantic Ocean, though it appears to have become up to 70% more transmissible but not more deadly or resistant to vaccines, since leaving South America. The same mutation has also been detected in the Netherlands, Denmark, and Australia. Several countries to put a travel ban in place, restricting arrivals of travelers and, in some cases, products from Britain.

This development in the pandemic was predicted seven months ago by Rabbi Nir Ben Artzi, a mystic rabbi in Israel renowned for his accurate predictions. On May 27, the rabbi gave a sermon in his Torah academy.

“The Creator of the world loves Israel,” Rabbi Ben Artzi began. “He brought the plague of the corona by the ‘king’s road’ (the high road, the fast way). God is pleading with the Jews who live outside of Israel to come to Israel. Outside of Israel is a killer that will not stop killing. The corona is running rampant in the world. The corona has made the world into a huge bowl of spaghetti.”

In November, the rabbi discussed the pandemic again.

“There is the plague epidemic but very soon there will be an epidemic of a different sort. This is because God wants to change mankind into a different kind.”

“The Jews outside of Israel are living in an illusion that nothing will happen to them,” Rabbi Ben Artzi said. “The hatred is going to increase and corona is just going to get worse. There will come a new corona that will go to the US and every place including Russia.

God is telling the Jews outside of Israel that He will not go back. The next stage is the redemption and Messiah.