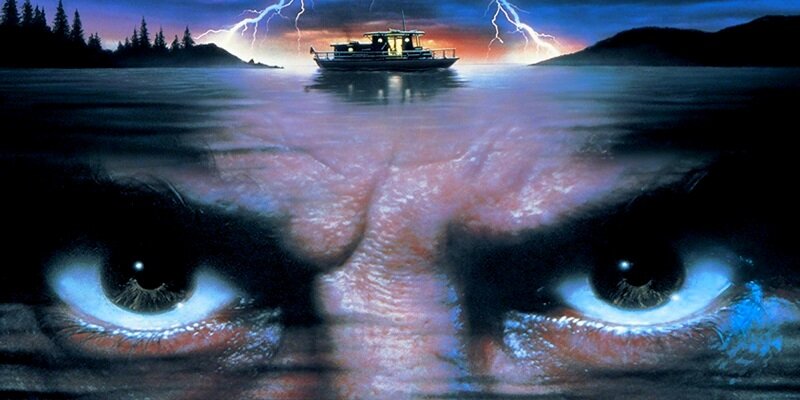 ed note–The 1991 movie Cape Fear (featuring the psychotic Robert Deniro playing the role of the equally-psychotic Max Cady) begins with Cady being released from prison, walking away from the cage that housed him for 14 years with an angry and determined look on his face amidst a background of gathering storm clouds and lightning.

As the rest of the movie unfolds, it is a frame-by-frame depiction of Cady’s revenge upon the lawyer and the justice system that sent him to prison for the brutal rape of an under-age girl 14 years previous. What begins as a campaign of mild harassment by Cady towards the lawyer and that lawyer’s family eventually escalates by film’s end to several additional murders, another violent rape, Cady molesting that lawyer’s teenage daughter and the attempted murder of the entire family.

Throughout the film, and particularly at its ‘apocalyptic’ end, Cady’s ‘religion’ plays an integral part in understanding his mindset and what drives his violent and psychotic behavior, featuring tattoos on his body with revenge-laden bible verses and climaxing with his getting ‘caught up in the spirit’ by ‘speaking in tongues’ as he slowly sinks to the bottom of a flood-swollen river.

Now, highly doubtful that the film’s director, creature-of-Hollywood Martin Scorsese intended this to be a warning of what the world faces today as a result of Israel’s being ‘paroled’ from its 2000-year-old prison known as the ‘exile’, but that is precisely what it is nonetheless, albeit with much more dire and deadly consequences, and not just for a small town in North Carolina known as Cape Fear but indeed for the entire world and the 7 billion Gentiles living on it.

Since the rebirth–‘resurrection,’ if you will–of the Jewish state, it has been a play-by-play, real-life/real-world mirrored image of Cady’s revenge in Cape Fear against the same civilized society that locked him away for his violent crimes. In the film, Max Cady–rather than doing a little soul-searching and examination of conscience concerning the brutal crimes that sent him to prison, instead spends the 14 years of his incarceration seething with anger over the justice that was handed him and begins meticulously plotting his revenge.

And now that the ‘Jewish nation’ has been ‘freed’ from its incarceration it is hell-bent upon revenge for thousands of years of perceived ‘wrongs’ and ‘insults’ leveled against yahweh’s ‘chosen’ people, and everything–EVERYTHING–we see taking place now on an economic, geopolitical, cultural and social level where one can find one (or several) of them in any decision-making role, we find Max Cady carrying out to some degree the demented and diabolical plan to pull the entire world down to rubble, just as took place with the Temple in Jerusalem 2,000 years ago.

Now, as it relates to Iran and to the ‘protocols’ contained within this article, remember something–the ‘Jewish nation’ has been plotting Iran’s destruction for 2,400 years. It is not something ‘recent’, and it has nothing to do with nuclear weapons. Every year for the last 2,400 the Jews have stated with bold, brazen, in-your-face arrogance their plans for Iran’s destruction with their yearly celebration of Purim as ‘punishment’ for the perceived slights and insults which yahweh’s ‘chosen’ people believe were committed against them by the ancient Persians and furthermore, view today’s Islamic Republic of Iran as an impediment to them attaining all the promises, prophecies and predictions as laid out in clear and explicit language in their ‘holy’ book, the Torah, concerning their yet-to-be-received ‘inheritance’ in the Middle East, to wit–

There is a fundamental disconnect at the heart of the Biden administration’s strategy for preventing Iran from attaining nuclear weapons.

The US is trying, without success thus far, to persuade Iran to resume compliance with the 2015 nuclear deal (the Joint Comprehensive Plan of Action), and is more than ready to return to that deal itself after the Trump administration withdrew from it in 2018. But it also says it seeks a longer and stronger deal that would address the gaping flaws in the JCPOA.

In other words, it is having a very, very hard time persuading an emboldened Tehran to return to a lousy accord, and yet ostensibly hopes it will subsequently be able to somehow convince the ayatollahs to agree to a more effective one.

That the 2015 deal was an Iranian victory and a Western catastrophe was clear from the get-go.

Foremost among its many lacunas were its “sunset clauses”: After 15 years, it permits Iran to enrich as much uranium as it wants to 20 percent. And after 10 years, it allows Iran to manufacture and utilize advanced centrifuges. It also allowed Iran to continue R&D on advanced centrifuges — which the regime has done with alacrity — and other elements that would hasten a breakout to the bomb. It didn’t even purport to try to rein in Iranian advances on ballistic missile delivery systems. Far from dismantling Iran’s rogue nuclear weapons program, the JCPOA does not even achieve the much more limited goal of freezing and effectively inspecting it.

Since the Trump administration pulled out, Tehran has been openly breaching the deal — including by producing advanced centrifuges, enriching fast-growing quantities of uranium to 60%, and stockpiling (as of August) some 85 kilos of 20%-enriched uranium.

The US approach, and that of the other P5+1 nations party to the 2015 accord, reflects their particular priorities and assessments. Certainly, where the US, UK, France and Germany are concerned, the combination of the ayatollahs and a devastating nuclear weapons capability is seen as a strategic danger.

For Israel, however, a nuclear Iran is an existential threat.

For perhaps three years after the JCPOA was inked, Israel essentially discarded its operational planning and capability to decimate Iran’s nuclear facilities. Not many years earlier, extremely robust military attack plans were in place and arguably close to being implemented. But with the international community, led by the US, locked into a diplomatic arrangement, Israel recognized that such an operation was unthinkable.

Of late, however, in the aftermath of the Trump administration’s withdrawal, and the open Iranian breaching of the accord, such extremely serious planning is again the order of the day.

In his speech to the UN General Assembly last week, Prime Minister Naftali Bennett declared that “Iran’s nuclear program has hit a watershed moment, and so has our tolerance. Words do not stop centrifuges from spinning… We will not allow Iran to acquire a nuclear weapon.”

With quite dramatic candor, meanwhile, IDF Chief of Staff Aviv Kohavi publicly declared (in January) that the IDF was preparing fresh “operational plans” for a potent military strike; (in August) that Iran’s nuclear progress has prompted the IDF “to speed up its operational plans,” with a fresh budget to do so; and (in September) that the IDF has “greatly accelerated” preparations for action against Iran’s nuclear program.

Israel has not seen signs that Iran is about to break out to the bomb. Notably, while Iran declared in July that it can enrich uranium to 90%, weapons-grade, it has not moved to do so. Such a move, it likely calculates, would be regarded as proximate to a declaration of war.

And even amassing enough enriched material for a bomb, which Iran is assessed now to be able to do in 2-3 months, is emphatically not the same as attaining a deliverable nuclear weapon. That’s still a lengthy process — perhaps eight months to a year from a decision to break out, according to one assessment by ex-IDF intelligence chief Amos Yadlin.

What the recent, repeated, public declarations that Israel is preparing operational attack plans underline, however, is the recognition that while Biden assured Bennett at the White House in August of the US “commitment to ensure Iran never develops a nuclear weapon,” Tehran is manifestly unfazed and undeterred.

“We’re putting diplomacy first and seeing where that takes us. But if diplomacy fails, we’re ready to turn to other options,” said Biden. But that vague formulation — delivered as the US essentially pleads with Iran to return to a leaky deal, deeply breached, that allows it to close in on the bomb — is not regarded in Israel as constituting a credible military threat. The more so because the US president is grappling with a host of other priorities, is on the defensive after the fiasco of his withdrawal from Afghanistan, and, again, does not regard a nuclear Iran with the same degree of concern as Israel does.

And therefore Israel is ramping up both its rhetoric and its concrete practical preparations.

It is avowedly preparing to strike, with the added credibility of a track record of recent successful actions against the Iranian program. And it is doing so, genuinely readying for action, in the profound hope that the very candid sincerity of that planning will deter the rapacious extremists in Tehran, rendering such a strike unnecessary.