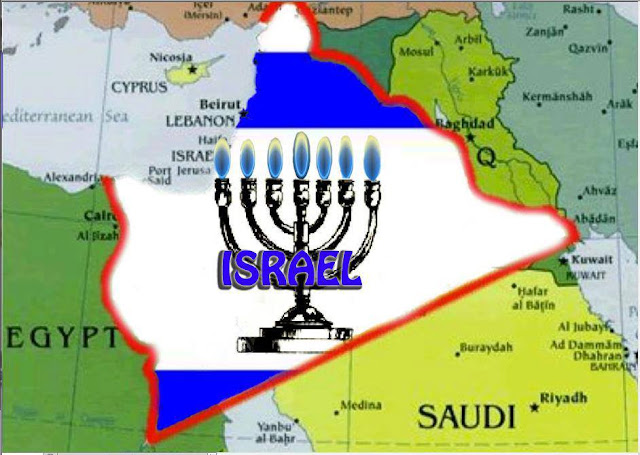 ed note–the reader should not make the mistake of thinking for a micro-second that Trump convening these top-level goombahs from the swamp of Judea, Inc at the exact moment his Senate trial is taking place is in any way mere coincidental. Nor should the reader make the mistake of thinking for a micro-second that the images of Trump and ‘Bibi’ and Gantz all smiling for the cameras and engaging in all the political kissey-face that must attend any and all events of this type means that there won’t be bare-knuckle swashbuckling going on behind the scenes once the cameras and mics have been put away. Trump knows that the entire Impeachment coup in progress has its tentacles buried deep in Tel Aviv and that all Netanyahu need do in bringing it to a screeching halt is to pick up the phone and give the ‘cease and desist’ order to Nadler, Schiff and the JMSM, and Abracadbra, Alakhazam, no more rough seas.

Exactly what kinds of screws Trump is planning to turn in those closed-door discussions with Nutty Netty and Grinny-Gantz is anyone’s guess, but rest assured that this is not a meeting that either of the 2 Maccabee/Sicarri generals want to attend. The fact that Netanyahu suggested to VP Pence that Gantz attend as well suggests that the 2 will be cooking something up together in scuttling the deal so that when both go back they can project unified left/right opposition to it, thus robbing Trump of any entryway in getting his proposal to move forward.

About three years after it first announced its intention to formulate an Israeli-Palestinian peace plan, the US administration is finally ready to present the proposal, Vice President Mike Pence indicated Thursday in Jerusalem.

“We just completed a conversation about plans for next week. President [Donald] Trump asked me to extend an invitation to Prime Minister [Benjamin] Netanyahu to come to the White House next week to discuss regional issues as well as prospects for peace here in the Holy Land,” Pence said.

“At the prime minister’s suggestion, I also extended an invitation to Benny Gantz,” he added, referring to Israel’s de facto opposition leader.

Gantz accepted the invitation to join a meeting with Netanyahu and US President Donald Trump, the VP said.

“I am grateful that you accepted the invitation and we look very much forward to welcoming you to our nation’s capital to continue discussions about a broad range of issues of mutual concern between the United States and Israel, including the prospect of peace,” he added.

Netanyahu, sitting next to Pence at the US Embassy in Jerusalem, said that he suggested his key political rival join the trip to Washington for a presentation of the peace plan, “because I think that it’s important that we do not lose this historic opportunity.‘

“With such friends in the White House, with such backing from the United States, we should get as broad a consensus as possible around the efforts to achieve security and peace, peace and security for the State of Israel.”

Gantz did not immediately comment on the invitation to Washington, and his office has yet to confirm his intention to travel to the US next week.

Netanyahu and Gantz will head to Washington on Tuesday, the White House confirmed, the same day as a Knesset plenum vote to establish the committee that will weigh Netanyahu’s request for parliamentary immunity from graft charges.

“President Donald J. Trump will welcome Prime Minister Benjamin Netanyahu of Israel to the White House on January 28, 2020. LTG. (Res.) MK Benjamin Gantz, Blue and White Chairman, has also accepted the President’s invitation to come to Washington,” the White House said in a statement. “The United States and Israel are strong partners, and the Prime Minister’s visit is an opportunity to discuss our shared regional and national security interests.”

A short while later, Trump tweeted that he was looking forward to hosting Netanyahu and Gantz, but stressed that reports about “details and timing of our closely-held peace plan are purely speculative.”

According to Channel 12, the peace plan will be unveiled next week, and is the most generous US proposal ever for Israel, likely providing for Israeli sovereignty over all West Bank settlements and sovereignty throughout Jerusalem. The TV report, which was unsourced, said the plan also offers potential eventual recognition of Palestinian statehood, provided the Palestinians demilitarize Gaza and accept Israel as a Jewish state — conditions the Palestinians would presumably reject.

The network earlier said the plan apparently includes a “significant moving of the [Israeli] border” eastwards, without specifying.

The Palestinian Authority, which has boycotted the US administration since Trump recognized Jerusalem as Israel’s capital in December 2017, is expected to reject the proposal.

Bracing for potential Palestinian unrest over the plan, the Israel Defense Forces will boost its level of preparedness next week in the West Bank, Channel 12 reported.

Responding to the reports, Defense Minister Naftali Bennett said his right-wing Yamina alliance would oppose any plan that includes “transferring land to Arabs or the establishing of a Palestinian state.

Earlier on Thursday, Netanyahu accompanied Pence during to the Western Wall in Jerusalem’s Old City. The vice president is the highest-ranking US official to tour the flashpoint holy site together with a senior Israeli official.

Since the Western Wall is located in a part of the city the Palestinians claim for their future state, many in the international community visit the site in a private capacity only, lest they be seen as endorsing Israeli sovereignty over the site.

Gantz met earlier Thursday with Pence for talks that Blue and White said were scheduled in advance.

“The two discussed diplomatic and security issues that concern regional developments,” a statement from the party said.

Gantz had long maintained that the United States should wait to publish the plan until after the election, but on Tuesday reversed course.

“I hope the president will move up [the roll-out] and I expect the plan will be released very soon,” he told reporters while touring the Jordan Valley. “Several weeks have passed. A lot of dramatic things are happening in the Middle East, and I look forward to the publication of the plan.”

Gantz also said he would push to extend Israeli sovereignty over the Jordan Valley “in coordination with the international community” after the upcoming elections.

Netanyahu later voiced support for a Knesset vote in the coming weeks to apply Israeli sovereignty over the area.

But according to a Channel 13 news report Wednesday, the Trump administration opposes any unilateral Israeli moves in the West Bank — such as extending sovereignty to the Jordan Valley — before the release of its peace plan.

Israel captured East Jerusalem, the Gaza Strip and the West Bank in the 1967 Six Day War. The Palestinians claim these areas for a future state, a position backed by the international community.

Since taking office, Trump has refrained from backing a two-state solution to the Israeli-Palestinian conflict, a formula backed by past US administrations and many other countries.

Jared Kushner, Trump’s senior adviser and son-in-law, was expected in Jerusalem this week for meetings with Netanyahu and Gantz, but canceled on Wednesday.

A White House official cited weather-related issues in Davos, Switzerland, where Kushner was accompanying Trump for the World Economic Forum.

Over the course of the last two elections in 2019, Trump officials repeatedly said they would wait until Israel’s democratic process resolved itself before unveiling the proposal. With a third election on the way, however, continuing that policy could mean the White House shelving the plan indefinitely so as not to release it in the middle of America’s 2020 presidential election cycle.