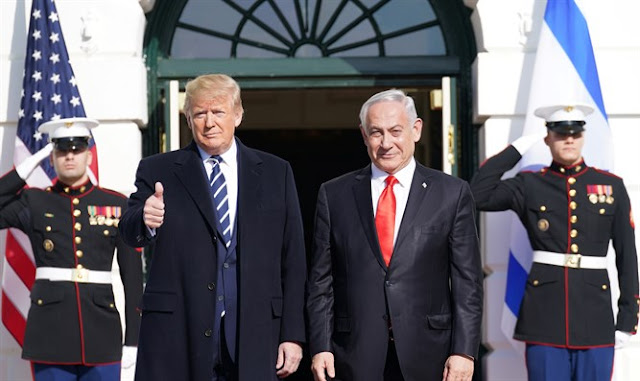 ed note–although seemingly innocuous, Trump displaying the ‘thumbs up’ gesture needs to be seen and understood for its historical significance–During the time of the Roman Empire when the gladiatorial games were taking place and it was up to the Emporer to decide whether someone lived or died in the arena, it was done by a simple thumbs up or thumbs down statement, and rest assured that even if the significance of this is lost on most (all) the American people it is most certainly NOT lost on those in Israel who view and study all things of this nature with a microscopic lens.