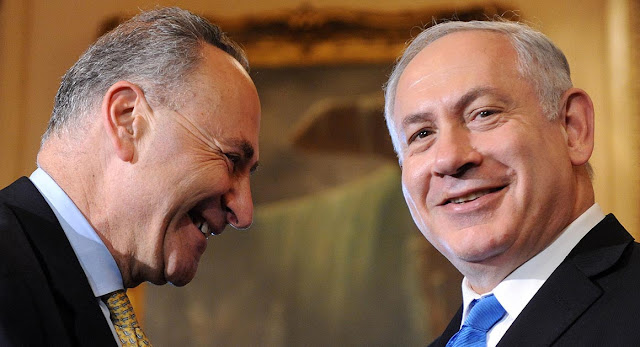 ed note–remember that Bolton is one of the most important of the many tentacles of the NeoCon octopus responsible for pulling off 9/11 and lighting the fuse on the entire ‘clash of civilizations’. As a shabbos goy gentile, he has been indispensable in furthering Judea, Inc’s goals vis war against the Islamic world and in bringing closer to reality that thing known as ‘Greater Israel’. Trump hired him for reasons still yet unknown but then fired him because he was an unhinged warmonger out to see WWIII get started.
Anyone of any stripe selling themselves as some sort of expert when it comes to modern-day judeo-centric geo-politics and who still, even in the midst of the tectonic political upheavals taking place right now as we speak involving the Jimpeachment of DJT, POTUS and who does not see the obvious hand in all of this is worse than a fool. They are snake-oil salesmen who do not possess the minimum competence necessary to pour water out of a pitcher while reading the directions for doing so on the bottom of the vessel.
Washington Times
Senate Minority Leader Charles E. Schumer on Monday said new revelations from former National Security Advisor John R. Bolton had blown apart GOP resistance to calling witnesses at the impeachment trial of President Trump.
“If there was ever a shred of logic left to not hear witnesses and review the documents, Mr. Bolton’s book just erased it,” said Mr. Schumer, New York Democrat.
He said Mr. Bolton’s account of the president linking withheld military aid to politically motivated investigations in Ukraine bolstered both of the two articles of impeachment.
Mr. Trump is only the third president in U.S. history to face an impeachment trail. In two articles of impeachment passed by the House in a party-line vote of abuse of power for asking Ukraine to investigate political rival former Vice President Joseph R. Biden and obstruction of Congress for not cooperating with the House impeachment inquiry.
Before the report about Mr. Bolton’s unpublished book, Senate Republicans were expected later this week to shoot down Democrats’ move to call witnesses and likely move toward a vote to acquit the president.
The report threw that into question.
“This is stunning,” Mr. Schumer said the newspaper report. “It goes right to the heart of the charges against the president.”
He said it was still an “uphill fight” to call witnesses because of pressure from the White House and Senate GOP leaders.
But he insisted the senators, who act as the jury in the impeachment trial, need to hear more than was in the newspaper report.
“Who knows what he’ll say under oath,” said Mr. Schumer.
According to Mr. Bolton’s manuscript, Mr. Trump said he wanted the aid held up until Ukraine officials turned over all materials they had about the Russia probe that related to Mr. Biden and supporters of 2016 Democratic presidential nominee Hillary Clinton.