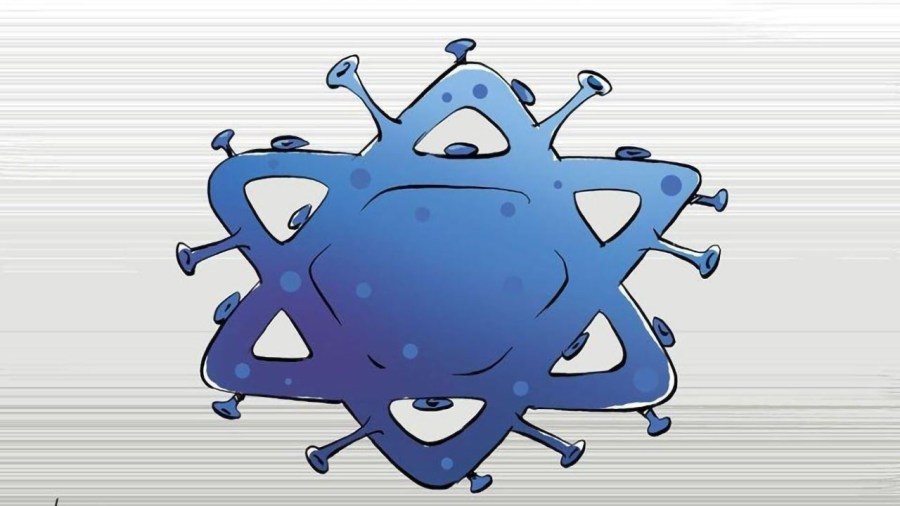 ed note–For a ‘novel’ virus to mutate this quickly in less than 1 years’ time, means (or at least suggests) 1 of 2 things–

1. Either it is not a ‘mutation’, but rather another virus altogether,

2. That it was genetically-designed to do so.

AT THE VERY LEAST what it means is as follows–

WHOEVER (gee, wonder who had the resources, motive and opportunity to do such a thing?) cooked this thing up did so for 8 simple words–

Not that this was done FOR DJT POTUS, but rather AGAINST him, during an election year, and which–by no coincidence whatsoever–just so happened to coincide with not only an Impeachment brought against him by 2 Jewish congressmen with dual citizenship in Israel–Jerald Nadler and Adam Schiff–but as well, appeared on the world scene WITHIN MERE DAYS of Trump hosting Netanyahu at the White House in order to unveil his ‘Deal of the Century’ plans for bringing ‘peace’ to the Middle East.

Corona was developed and released in order to prevent Trump from succeeding in bringing the one ‘vaccine’ to the Middle East that would be effective in ending the Zionist/Judaic contagion/infection of war that the Jewish state has brought to the region for close to a century–‘peace’ with Israel’s Ishmaelite neighbors.

A new study released by a team of British scientists suggests that a coronavirus variant that was recently discovered in England is 56 percent more contagious than the original strain.

The study, released by the Center for Mathematical Modeling of Infectious Diseases at the London School of Hygiene and Tropical Medicine, noted that while the data suggests that the new variant is more contagious, there are no results showing it to be more deadly, The New York Times reported.

Researchers warned that stricter measures should be taken due to the new variant, however, including shutting down universities and schools. They also advocated for more widespread vaccinations.

“It may be necessary to greatly accelerate vaccine rollout,” they said, according to the Times.

Alessandro Vespignani, director of the Network Science Institute at Northeastern University in Boston, was not involved in the study, but agreed with the findings.

“While we were all rejoicing for the vaccine,” he told the newspaper, “here is the possibility of a change of epidemiological context that makes our next few months much more complex and more perilous to navigate.”

“Evidence is accumulating that the variant is more transmissible, and this implies that it will likely require an even greater effort to keep spreading under control,” he added.

The Centers for Disease Control and prevention announced earlier this week that the new strain could already be present in the United States. It also stated that it is working to determine how quickly the virus is transmitted.