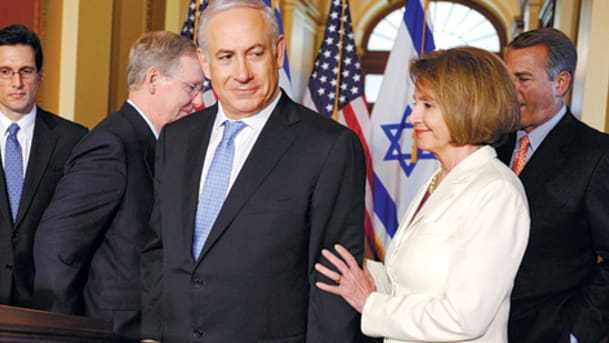 Pelosi says House could move to impeach Trump by next week

‘We have a limited period of time in which to act, said Nadler, ‘and the nation cannot afford a lengthy, drawn-out process, and I support bringing articles of impeachment directly to the House floor.’

The House could move next week to impeach President Donald Trump if Vice President Mike Pence and the Cabinet do not remove the president before then, a top Democrat said Friday.

Rep. Katherine Clark of Massachusetts, the fourth-ranking House Democrat, told CNN that the chamber could act “as early as mid-next week.” She said the House could take steps to bring articles of impeachment to the floor without going through committee hearings and votes.

The House has prepared to impeach Trump an unprecedented second time after a pro-Trump mob stormed the Capitol on Wednesday and delayed Congress’ formal count of President-elect Joe Biden’s election win. At least five people, including a U.S. Capitol Police officer, died as a result of the attack on the legislature.

Trump spoke to his supporters before they marched on the Capitol, spouting conspiracy theories that widespread fraud cost him the election. He lied to them about the results for two months before he acknowledged Thursday that a “new administration” would take power.

Biden will take office on Jan. 20. Democrats have called for Trump’s removal as they warn he could further degrade democratic institutions or put more lives at risk during his final days in office.

But it is unclear whether they have enough time to remove the president before Inauguration Day — or if Republicans will join them in the process.

House Speaker Nancy Pelosi, D-Calif., and Senate Minority Leader Chuck Schumer, D-N.Y., called Thursday for Pence and Trump’s Cabinet to remove Trump by invoking the 25th Amendment. They said he could not remain in office after inciting an “insurrection.” More than 190 other lawmakers, only one of them a Republican, have also called for Trump’s removal since the attack.

Pelosi and Schumer said invoking the 25th Amendment, which requires support from Pence and a majority of the Cabinet, would be the quickest way to remove Trump. However, Pence reportedly does not back the move. While officials including Treasury Secretary Steven Mnuchin and Secretary of State Mike Pompeo discussed the prospect of removing Trump, they decided not to take the step for now.

Pelosi and Schumer threatened Thursday to move forward with impeachment if Pence and the Cabinet do no act. House Judiciary Committee Chairman Rep. Jerry Nadler, D-N.Y., called for the president’s removal Thursday and said he could take steps to expedite the process.

“We have a limited period of time in which to act,” Nadler said in a statement. “The nation cannot afford a lengthy, drawn out process, and I support bringing articles of impeachment directly to the House floor.”

Democrats will hold a caucus call on Friday where they are expected to discuss plans to remove the president.

The Democratic-held House would have enough support to impeach Trump, likely with a handful of Republican votes. The chamber did so once in December 2019.

But the GOP-controlled Senate, which acquitted the president last year, may not follow suit. Only one Republican — Mitt Romney of Utah — voted to remove Trump after his first impeachment trial.

Until Democratic Sens.-elect Raphael Warnock and Jon Ossoff from Georgia are sworn in to seal a Democratic majority, Republicans will hold a 51-48 edge in the Senate. A two-thirds vote to remove Trump would need 66 votes, with 18 Republicans on board.

At least one Republican who voted against removing Trump the first time would give it more serious consideration now.

“If the House, they come together and have a process, I would definitely consider whatever articles they might move, because as I’ve told you, I believe the president has disregarded his oath of office. … What he did was wicked,” Sen. Ben Sasse, R-Neb., told CBS on Friday.

Sen. Lindsey Graham, R-S.C., argued in a Friday tweet that impeaching Trump now would “do more harm than good.” He said the effort to remove a president who helped to spark a siege of the Capitol “would not only be unsuccessful in the Senate but would be a dangerous precedent for the future of the presidency.”