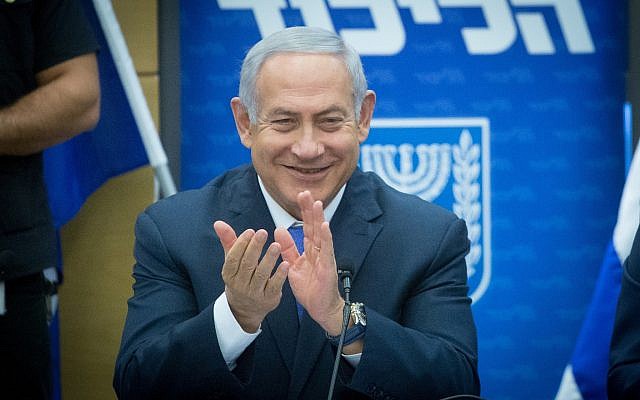 Rep. Elissa Slotkin, last of 25 Jewish Democrats to do so, joins call to impeach Trump

ed note–it goes (or should) without saying, but we’ll say it again. Generally speaking, the Jews move as one unit, always have, always will. Yes, there are a few disagreements now and then over the difference between 6 of one and half a dozen of the other, but as a general rule, when a seek-and-destroy mission has been declared against someone, and ESPECIALLY if that someone is of the non-Hebraic persuasion, they obey their orders handed down from ‘HQ’, meaning Israel.

This being the case means that just as it was with the destruction of former administrations who got sideways with Judea, to say nothing of the destruction of Iraq, the ‘Arab Spring’ and all the other dirty business that Israel has achieved through the use of its ‘ethnic network’ that what Israel wants, Israel gets.

This being the case, it needs to be understood that none of the turmoil that has taken place ever since DJT took office would have been permitted to move forward as much as a micro-millimeter were it not for the clear and stated approval of Israel and especially of Benajmin Netanyahu.

If Trump truly were ‘bestest buddies’ with Netanyahu as all the political theatre/theatrics have intimated over the last 4 years, Netanyahu would have picked up the phone, called all the various players involved in all of this, from Nadler to Schumer to Schiff to Pelosi et al and given in very plain language the orders to CEASE AND DESIST, and the fact that he did not means this was absolutely what he wanted to take place.

We are forced to point out these very basic and rudimentary facts due to what has been a tidal wave of strangulating, suffocating stupidity on the part of so many whose personal claim to fame has been how they are ‘woke’ to the Jewish problem and yet who have added their own voices to what has been a seek-and-destroy mission against the person and presidency of DJT that has been run out of Israel via the agency of her assassination service Mossad.

Elissa Slotkin, the Jewish Democratic moderate from Michigan whose role was critical in impeaching US President Donald Trump in 2019, is in favor of impeaching him a second time.

Slotkin was among the last Democrats to sign on to this week’s impeachment effort, and the last of the 25 Jewish Democrats to do so. She said Monday evening in a Detroit Free Press op-ed that she consulted broadly before coming to her decision — with constituents and in “hard” conversations with her Republican colleagues.

“The textbook definition of terrorism is the unlawful use of violence and intimidation, especially against civilians, in the pursuit of political aims,” she said. “The definition of an insurrection is a violent uprising against a government. Last Wednesday, the president incited domestic terrorists and an insurrection against the constitutional rule of law.”

The House of Representatives is set to vote Wednesday on impeachment and is expected to pass the measure, with at least some Republicans joining the call.

Trump, who for months has peddled the conspiracy fiction that President-elect Joe Biden did not win the election, spoke to pro-Trump protesters on Wednesday and urged them to march on the Capitol. Hundreds followed by raiding and looting the building, and at least five people died as a result of the violence.

In a series of Politico articles this summer, Slotkin became nationally recognized for her skill in maintaining her popularity in a Trump-majority district stretching from Detroit’s suburbs to Lansing.

She played a critical role in Trump’s impeachment when she led a group of moderates with national security backgrounds — Slotkin is a CIA alumnus — who changed their minds about impeaching Trump after he sought to pressure Ukraine into investigating Biden.