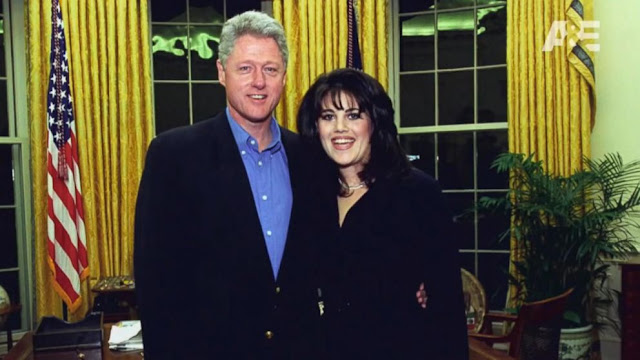 ed note–no one, repeat–NO ONE–should make the mistake of thinking that ‘Madame’ Speaker Pelosi just chose 2 high-level operatives for Israel as the lead prosecutors in the Impeachment trial against DJT, POTUS just out of the clear blue. In the same manner as Israel wanted it known to the political class in DC in the scandal and subsequent Impeachment of Bill Clinton that he was ‘done in’ by a nice Jewish girl named Monica Lewinsky, likewise, Judea, Inc wants it known that it is OJI who are–once again, as they have done repeatedly over the course of thousands of years–overthrowing a government that they deem unacceptable to their agenda.
Nor should anyone get too confident that Trump is superman and that all of Judea’s plans and machinations against him are doomed to failure. Remember, these people have been doing this–as already stated above–for THOUSANDS OF YEARS and in those thousands of years have made it into an art form, and all anyone need do in confirming this fact is to sit down and read a few pages from the Old Testament dealing with Pharaoh, Haman, Antiochus Epiphanes, etc, to say nothing of what they have achieved in the 20th/21st century in places such as Germany, Europe, Russia, the Middle East, etc.
The Washington Post
House Speaker Nancy Pelosi tapped two trusted committee chairmen to lead the team that will make the case in the Senate for President Trump’s removal from office, supported by a relatively small cast of additional impeachment “managers.”
Confirming widespread speculation that swirled for weeks as she held back the articles of impeachment, Pelosi (D-Calif.) turned to House Intelligence Committee Chairman Adam B. Schiff (D-Calif.) and Judiciary Committee Chairman Jerrold Nadler (D-N.Y.) to lead the House team. She made the announcement at a Wednesday news conference after keeping the cast of managers under tight wraps for weeks.
Here’s what you need to know to understand the impeachment of President Trump.
What’s happening now: Trump is now the third U.S. president to be impeached, after the House of Representatives adopted both articles of impeachment against him.
What happens next: Impeachment does not mean that the president has been removed from office. The Senate must hold a trial to make that determination. The House will vote Wednesday on a resolution appointing impeachment managers and transmitting the articles of impeachment to the Senate, meaning that a trial could begin this week. Here’s more on what happens next.
How we got here: A whistleblower complaint led Pelosi to announce the beginning of an official impeachment inquiry on Sept. 24. Closed-door hearings and subpoenaed documents related to the president’s July 25 phone call with Ukrainian President Volodymyr Zelensky followed. After two weeks of public hearings in November, the House Intelligence Committee wrote a report that was sent to the House Judiciary Committee, which held its own hearings. Pelosi and House Democrats announced the articles of impeachment against Trump on Dec. 10. The Judiciary Committee approved two articles of impeachment against Trump: abuse of power and obstruction of Congress.