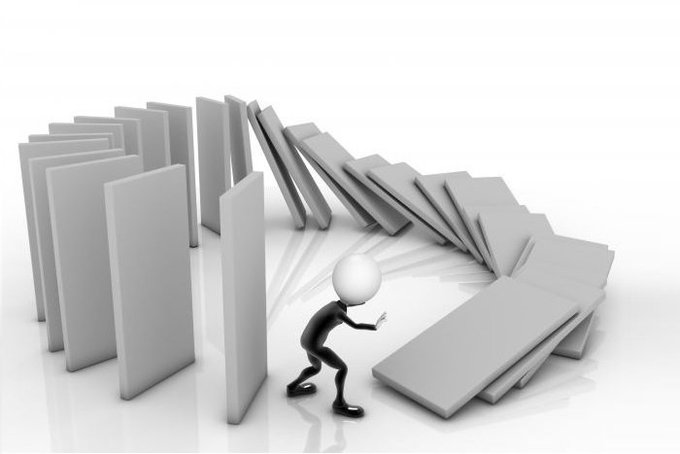 ed note–Again, why a basic understanding of the pathology of Judaism is absolutely necessary if one is to understand why a world so much in the grips of this pathology is in the mess that it is.

Firstly, keep in mind that the Torah–which our deranged Hebraic author references–is a Jewish book. Written by Jews, for Jews, and for them only. Whether any of the events in it are real or not is immaterial as far as they and their long-range plans/agenda are concerned. To them, it is a winning lottery ticket which they wrote for themselves and which no one is allowed to question viz its accuracy or authenticity.

Having said that, the notion that the Israelites were ever slaves forced to toil for their daily bread is highly unlikely, given the history of their modern-day descendants, the Jews, and something which Pharaoh himself references in the Judaic tall-tale of how/why Pharaoh decided to get ‘shrewd’ with them, to wit–

‘Then a new king came to power in Egypt. ‘Look,’ he said to his people, ‘the Israelites have become too numerous and too powerful for us. Come, let us deal shrewdly with them, or they and their power will increase even more, and if a war breaks out, they will join our enemies, fight against us, and leave the country.’

What is this ‘power’ that has caught Pharaoh’s attention and which is causing him concern?

Put simply, they controlled the money and the economy of Egypt as famously recounted in the Torah tall tale referenced by our deranged Hebraic writer involving Joseph, the Hebrew who sniveled his way into the previous Pharaoh’s court and managed his money for him and in the process, got rich and passed it along to his fellow Hebrews.

Logic tells us that Pharaoh wasn’t necessarily worried about them leaving. No country, its political leadership or people have ever dreaded their leaving anymore than a neighborhood bemoans the loss of some household full of loud, fighting, obnoxious human trash when they either get kicked out or move on to become someone else’s burden.

Rather, what had him concerned was that them controlling/owning Egypt’s economy meant that if they left, they would take the wealth of Egypt with them, which was indeed what they did as recounted in the Torah tall tale featuring the murderer Moses instructing the Israelites to ‘borrow’ all the gold and silver they could get their grubby hands on via the trust/gullibility of their Egyptian friends/neighbors before hightailing it out of Egypt and into the ‘promised land’.

In other words, the very same ‘conclusion’ to which each and every Pharaoh, Pasha, Sultan, King, President, Prime Minister has arrived at some point in their political career after rubbing elbows with the self-Chosenites and learning first-hand ‘how they roll’.

And the Pharaoh who suddenly ‘had it in’ for them wasn’t the first. According to the tall tales found within their own winning lottery ticket, the Torah, it was none other than Abraham himself who put a bad taste into the mouth of Egypt’s political leadership by pimping his wife Sarah off to Pharaoh under the guise/lie that she was his ‘sister’ rather than his wife. Once Pharaoh realized he had been Jewed by dishonest Abe, he reacted thus–

…So Pharaoh summoned Abram and asked, “What have you done to me? Why didn’t you tell me she was your wife? Why did you say, ‘She is my sister,’ so that I took her as my wife? Now then, here is your wife. Take her and go!’ Then Pharaoh gave his men orders concerning Abram, and they sent him away with his wife and all his possessions.…’

Now, true to Judaic form, our Hebraic author doesn’t delve into exactly what the cause may be for the later-Pharoah’s disfavor with the Israelites other than to say ‘For whatever reason’ when in fact, according to his own silly religious lore, the answer is right there in Kristol clear terms–The assumption on the part of Egypt’s leader that the Israelites were by their nature treacherous, untrustworthy and inclined to engage in chicanery and swindling.

Now, as far as the ‘remedy’ which our deranged Hebrew offers for America ‘healing itself’, it is the typical mindless word salad that attends virtually all Judaic ‘remedies’ for those problems of the world where they themselves have played an intrinsic role–be nicer to the Jews and give them more of what they demand, and for yahweh’s sake, never, NEVER, assign any of the bad things that happen to befall them (or anyone else’s) as being the inevitable end result of obnoxious Judaic behavior.

Shocking as this past week’s storming of the Capitol by domestic terrorists may have been, it was not a surprise. There is a direct line between the actions and personalities of last Wednesday and those of Charlottesville in August of 2017.

Trump’s video, issued while rioters were in the Capitol, telling them “We love you. You’re very special” was just a new “Some very fine people on both sides.”

The Nazi slogans brandished last week in D.C. were a natural evolution on the Charlottesville chants of ‘Jews will not replace us.’

We have seen this coming for years. I am reminded of the Hemingway line in reply to the question ‘How did you go bankrupt?’

His answer: ‘Two ways. Gradually, and then suddenly.’

Civil society does not unravel all at once. There is no one moment when conscience crumbles and dissent dies.

According to the Torah, when the Children of Israel first followed Joseph into Egypt, they held an important place in Egyptian society and in the Egyptian imagination. But then ‘A new king arose over Egypt who did not know Joseph.’ For whatever reason — likely because he was threatened — this new Pharaoh systematically ‘othered’ the Israelites, played on Egyptians’ fears to transform a country once defined by ‘us,’ into an ‘us’ and ‘them.’

According to the rabbis, Pharaoh’s shrewd strategy had a clear method. First he worked to change the cultural climate; then the laws; then the very definition of truth. He was subtle, moving so gradually that when he issued the decree to enslave the Israelites and kill their male children, it was met with little — if any — objection. Each stage of his plan normalized what would have otherwise been unconscionable.

But social norms do not come undone exclusively because of the designs of one man. It took the complicity of many others for Pharaoh’s strategy to be realized. Maybe ‘Joe Egyptian’ thought the bile Pharaoh was spewing could be shrugged off as the indulgent excesses of a charismatic leader: ‘That’s just Pharaoh being Pharaoh.’

‘All right, I don’t like the guy, but he is good for Egypt,’ he might have thought. ‘He projects strength, and just look at all the construction: These pyramids not only boost the economy but give us a point of shared pride.’ At a certain point, it gets uncomfortable to take a stand, and be the odd one out. The line between self-interest and self-preservation is not a clear one.

We must learn from the Torah’s account of what happened in Egypt. Pharaoh undoubtedly had his own cohort of true believers. But more consequential were those who facilitated his worst policies, those who were indifferent, complicit or concerned only with their own well-being.

Just as we must learn from those who enabled Pharaoh, so too we can learn from those actions that led to the Israelites’ liberation. That process began with the decision of midwives to disobey Pharaoh’s decree: it teaches that moral courage is within everyone’s reach. So, too, it should not be missed that Pharaoh’s daughter saved Moses, teaching that no matter how close one is to the throne — even as close as Pharaoh’s daughter — it is still possible to act with empathy and conscience. The fact that Moses risked and lost everything by striking down an Egyptian in the process of assaulting an Israelite slave affirms that moral leadership comes not by protecting self-interest, but by protecting the interest of the person who has no one else to protect them.

What is the lesson for an America in pain? Redemption happens step-by-step, one upstanding citizen at a time, making decisions small and large to push back. It is really not more complicated than that. May we all learn from the events of the past week gone by and strive to step up to the calling of the hour.