If you want to define it, it’s the national awareness/culture of the Jews

ed note–as we say often here on this humble little informational endeavor, LOTS of important ‘protocols’ contained in this little ‘burp’ on the part of our deranged follower of Judah-ism that need to be understood by every Gentile with a vested interest in his/her own future survival.

Firsto, our deranged Judah-ite is correct–Judah-ism is not just a ‘religion’. It can carry with it the appearances that come with ‘religion’, but a ‘Jew’ can still be a ‘Jew’ whether he/she is ‘practicing’ or is an avowed atheist.

What it is–this ‘Judah-ism’–is what its very name clearly indicates–a tribal ‘code of ethics’ similar in many respects to that same ‘code’ followed by members of La Cosa Nostra, or better yet, ‘La Kosher Nostra’, where a system of systemized and highly-organized criminal activity is deployed against civilized society for the enrichment/empowerment of the gang, irrespective of whatever personal moral/religious beliefs its individual members may or may not possess.

Likewise, Judah-ism requires behaviors and actions that members of ‘la famiglia’ are expected to perform as part of their ‘member’s dues’, something which Christians, Muslims and others have a hard time understanding, given that their perception of what constitutes a religious group is based upon a UNIVERSAL set of specific morals rooted in UNIVERSAL ‘rights’ and ‘wrongs’, whereas no such demands are made on the follower of Judah-ism.

It is for that reason then that substantively, there is little difference between this guy, who happens to be VERY ‘religious’–

–and this guy, who also happens to be very religious– 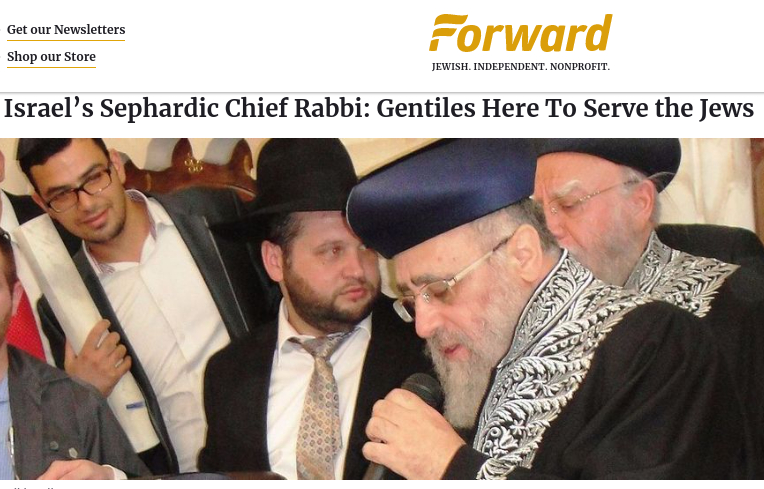 –And this gal, who does not practice any type of ‘religion’… 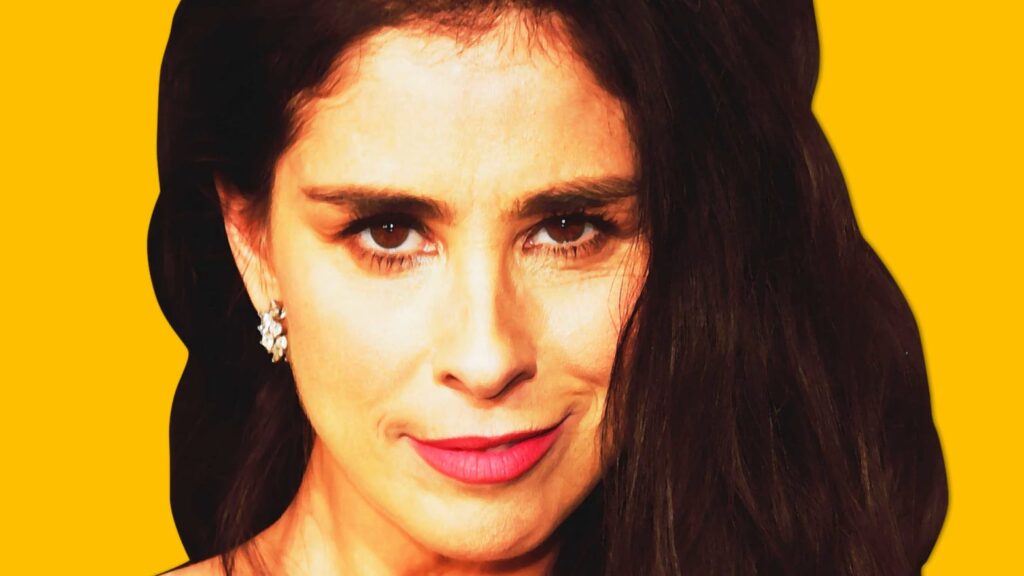 –Other than to act in that historically-annotated socially/culturally/morally OBNOXIOUS, ANTAGONISTIC AND AGGRESSIVE manner against Gentile society that has been/is/always will be THE ESSENCE of what ‘Judah-ism’ actually is.

In short, all that counts and all that is required of the Judah-ite to be considered a ‘member’ in good standing are 2 things–

1. Accepting/embracing the superiority of the tribe of Judah, and–

All the other ‘business’ concerning Abraham, Moses, David, Solomon, the 10 Commandments, etc, etc, etc, are immaterial window dressing and of no substantive importance.

All that really matters is that they worship/adore/swear allegiance to their own ‘tribe’ (crime family) and continue through their own actions to engage in the same state of eternal war against non-tribe members, meaning all Gentiles, that began thousands of years ago with their patriarchs and matriarchs.

Now, as far as some of the particulars scribed by our deranged Judah-ite below, nota bene the following–

There is also something insulting in speaking about the ‘Three Abrahamic Monotheistic Traditions’. It claims that Jewish wisdom and awareness are equal to those Gentile assets found within Christianity and Islam, and while the word ‘equality’ always sounds liberating, democratic, and respectful, nevertheless it is a farce...

This is of MONUMENTAL importance (and especially for all those deranged Christians and Muslims who see the followers of Judah-ism as their ‘elder brothers and sisters’) to read, re-read, READ AGAIN, and understand in the Kristol Clearest of terms that the Jews do not view Christianity or Islam with as much as a micro-ounce of respect or even tolerance.

Therefore, whatever ‘Kumbayah’ that seems to be present on the part of the Judah-ite towards Christians and Muslims is merely a tactical maneuver on the part of the Hebrew/Shebrew who seeks to penetrate those 2 groups for the purpose of subversion/subjugation and of eventually bringing them to their knees in pliant supplication/bowing inferiority to the protocols of Judah-ism.

As far as the rest, as we say here often on this humble little informational endeavor, pay close attention to those sections in red.

The concept of ‘secular’ Jews irks many Christians, more so than Muslims. And yet, more than 90% of ‘secular’ Jews fast in some fashion on Yom Kippur and celebrate Pesach Eve in some traditional way. Many also have a special festive meal with family and/or friends almost every Friday night, Shabbat Eve.

We even have secular Jews who learn Talmud as part of their inheritance too. We could call them traditional instead of secular, but that solves little of the outsiders’ dilemma in understanding the seeming contradiction.

For us Jews, secular and religious, everything we do has meaning because it’s done in the presence of G-d. Everything we do is an expression of our humanity and our Jewishness. Being Jewish is living around the clock with an awareness of ourselves and with our long roots. Unlike Christians and Muslims, Jews aren’t focused on the world to come or the hereafter. ‘Now’ is our world and therefore we don’t spend much time worrying about ‘later’.

The ‘Judeo-Christian’ tradition may be a concept of value for Christians, a way of acknowledging their Jewish roots, but for us Jews, it’s a gross contradiction of ideas and terms. The more we water down our Judaism, the less Jewish we are. For Jews, there is nothing redeeming (pardon the pun) in assimilating with Gentile cultures and Gentile ways of thought.

There is also something insulting in speaking about the ‘Three Abrahamic Monotheistic Traditions’. It claims that Jewish wisdom and awareness are equal to those Gentile assets found within Christianity and Islam, and while the word ‘equality’ always sounds liberating, democratic, and respectful, nevertheless it is a farce.

Jews are the parents of all Monotheists. That is one reason why the Holocaust cannot be made equal with any other genocide, nor can Antisemitism be just one other form of racism, for it is ‘patricide’ and a violation of the 4th commandment as it is a form of dishonoring parents by the leading cultures of Christianity and Islam.

Christians and Muslims, Buddhists and Hindus, Sikhs, and other Monotheists are religious groups, but Jews are a Nation and a People with their own special culture, teachings, traditions, and written sources. We were founded upon a Divine Mission, to be a light to the other Gentile nations, to teach and to lead them.

When we refuse to marry Gentiles, that is not ‘racism’. True racism is when one Jew refuses to marry another Jew from a different nation than ours.

As our students and subjects, what Gentiles need to do is to respect and maintain their reverence for us as Jews, not for our sake but for their own well-being, because ungratefulness towards G-d who made the Jewish people is a terrible and ugly thing to carry. We Jews gave humanity the basis of Science, equality, democracy, Monotheism, etc.

As Gentiles, do yourselves a favor and ask knowledgeable Jews to evaluate your worldview, religion, and life’s priorities, and fight against anyone or any group that threatens Jewish well-being.

Endangered rainforest trees might hold cures for terrible illnesses, and there is wide sympathy for attempts to save them. Judaism however holds wisdom that all people need.

We could do with more enthusiasm to protect and secure Jews.