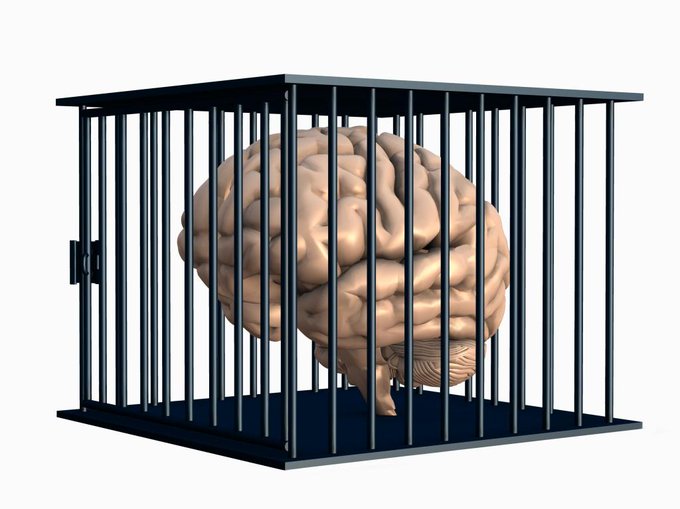 ed note–prima facie evidence as to why it is absolutely pointless to try and argue rationally with someone who is under the spell of Torah Judaism, as facts–including those ‘facts’ as they appear IN CLEAR, UNCONTESTABLE BLACK AND WHITE LANGUAGE WITHIN THEIR OWN RELIGIOUS LORE–have no effect on them whatsofreaking ever.

First a little primer on our deranged Hebraic essayist, one Keren Gelfand. According to the bi-line accompanying this essay, she served as ‘Director for Media Affairs at the Israeli Consulate in both Chicago and New York,’ which means that despite serving in (what surface-ly appears to be) merely a ‘diplomatic’ capacity that what she actually did was to serve in an intelligence capacity, meaning she’s a spy, just as all Israelis serving abroad are.

Now, as the reader will plainly see as they begin reading the word-salad gibberish emanating out of the disturbed mental processes of our deranged Hebress, what is at issue here is Biden’s declaring Columbus Day in America to be ‘Indigenous Peoples Day’ as a reminder of just who was here first before being violently driven out in order to make room for foreigners who believed they had a divine right to the land.

Now, we are not here to debate the merits or demerits of Biden’s declaration, but rather to underscore just how detached from reality the collective Jewish brain happens to be on a wide variety of subjects, most notably those dealing with geopolitics on a global and apocalyptic scale.

Our deranged Hebraic essayist would have the world believe that a great injustice has been done to the apple of Yahweh’s eye, the Hebrews/Israelites/Judahites/Jews–whatever combination of vowels and consonants we want to use in describing those unfortunate addicts of the mind/soul-destroying precepts of Torah Judaism–in that certain portions of the world’s population just can’t get past recognizing the injustices done to the peoples of the Levant, i.e. the Palestinians, Lebanese, Jordanians, etc–ever since the beast of the Middle East was resurrected from its 2,000-year-old grave. In typical Jewspeak, which means lying, twisting of ‘facts’ and conceptual somersaults, our deranged Hebress makes the claim–even if only by inference–that the Jews should be included in Biden’s ‘Indigenous Peoples Day’ declaration since they were the ‘first’ people to settle Israel before being driven out–as our deranged Hebress details–by various peoples/empires, including the Assyrians, Greeks, Romans, Babylonians, Crusaders, Ottomans, etc, etc, etc.

The problem in this case–as it is in virtually all cases where someone of the non-Gentile persuasion happens to have ‘the floor’–is that this narrative is completely worm-holed with lies, and she knows it, or at least she SHOULD know it if she actually read/understood what her own religious ‘scripture’ says on the matter, to wit–

‘When the Lord your God brings you into the land you are entering to possess and drives out before you many nations—the Hittites, Girgashites, Amorites, Canaanites, Perizzites, Hivites and Jebusites, seven nations larger and stronger than you—and when the Lord your God has delivered them over to you and you have defeated them, then you must destroy them totally. Make no treaty with them, and show them no mercy, for you are a people holy to the Lord your God and the Lord your God has chosen you out of all the peoples on the face of the earth to be his people, his treasured possession…’

In other words, LONG before there was an ‘Israel’, long before there was a ‘Judea’ and along with it, ‘Jews’ and ‘Judah-ites’ who were ‘indigenous’ to the Holy Land, there were ‘Hittites, Girgashites, Amorites, Canaanites, Perizzites, Hivites and Jebusites’, and this according to the very same book which our deranged Hebress uses as ‘proof’ of the Jewish claim to Israel.

And so, any rational person reading this must ask the question then, ‘how DOES this person of the non-Gentile persuasion reconcile the 2 ideas, that of the Jews being ‘indigenous’ to the Holy Land and the fact that–within her own religious lore–it makes plain there were already indigenous people living there long before they were violently driven out by Moses and his violent Hebrew hordes?’

Within the confines of the mentally disturbed Judaic mind, Israel IS heaven, and since heaven, being of course the headquarters of Yahweh, the eternal ‘G-d’ of the Jews, is also eternal, and since Israel was ‘promised’ to the Jews, that means that it ALWAYS belonged to the Jews. Furthermore, the Jews being the ‘treasured possession’ of Yahweh, the ‘G-d’ of the Jews, as the above passage from Deuteronomy makes clear, means that this very same Yahweh does not desire that his heaven–meaning the Holy Land–be sullied or tarnished with those inferior and less ‘treasured’ peoples of the Gentile persuasion, and therefore, irrespective of just who the truly ‘indigenous’ people were who occupied the Holy Land, it was/is/ always will be the Jews who were ‘there first’.

Yes, a bit of a ‘twisty’ for sure, but that’s how it is with those unfortunate souls who have lost their minds to Judaism.

The Times of Israel

October 11, 2021 has been declared “Indigenous People’s Day by the Biden administration. In its proclamation, Biden wrote, “On Indigenous Peoples’ Day, our Nation celebrates the invaluable contributions and resilience of Indigenous peoples, recognizes their inherent sovereignty, and commits to honoring the Federal Government’s trust and treaty obligations to Tribal Nations…Today, we recognize Indigenous peoples’ resilience and strength as well as the immeasurable positive impact that they have made on every aspect of American society.”

There is no argument that the Native Americans are indigenous to North America, even though there have been numerous foreign conquerors to the Americas prior to colonials gaining sovereignty over the United States of America in 1792.

There is no argument that the Aboriginals are indigenous to Australia.

It is clear. They lived on the land and called it home prior to the colonization of foreign forces.

Yet, when it comes to the land of Israel, people choose when they want to look at the calendar to declare which people are indigenous to the land.

However, if we put the same parameters into place when considering which people are indigenous to Israel like we do for other countries – before conquerors came to the land and disrupted the status quo – the answer is quite clear.

It’s time that we look at the land of Israel, and which people are indigenous to the land through the same lenses as we do the people of other lands.

A brief history. Israel was settled by the patriarchs of Judaism – Abraham, Isaac, and Jacob – in the 17th century BCE. Due to a famine that gripped the area, they trekked to Egypt. There, the Jews were enslaved until they returned to Israel in the 13th century BCE. In 1020 BCE, the Jewish monarchy was established by King Saul and in 1000 BCE King David established Jerusalem as the capital of Israel. In 960 BCE, the First Temple was built in Jerusalem and in 722-720 BCE the Assyrians conquered Israel and 10 of the 12 Tribes of Israel were forced to scatter across the region. In 586 BCE the Babylonians conquered the area and the Temple was destroyed. Many Jews were forced into exile. But the Jews returned from 538-142 BCE and rebuilt the Temple in Jerusalem. In 332 BCE Alexander the Great conquered Israel, but from 166-160 BCE the Jewish people fought back against religious restrictions in order to have Jewish autonomy in the area. However, in 63 BCE the Romans took control over Israel. In 66 CE the Jews revolted against Roman rule. It was during this time that Jerusalem and the Second Temple were destroyed. Arab rule of Israel did not come until 636-1099 CE, and it was in 691 CE that the Al Aqsa Mosque was built over the site of the First and Second Temples. The Crusaders than conquered the land in 1099 and controlled the land until the Mamluk conquered it in 1291.In 1517 the Ottoman’s had rule of the land for 400 years, until 1917, when the British conquered Israel. The rest, as they say, is modern history.

How about we just look at any picture taken of Jerusalem (a city that is often a point of contention over its sovereignty). You can choose the date of the picture. Today. 1948. 1967. Anytime you wish. You will see the Al Aqsa Mosque built over the site of the First and Second Temples of the Jewish people. Read that sentence again. Over the Temple. Every time you look at a picture of Jerusalem you will see proof of the Jewish indigenous right to the land of Israel. Just like New York and Chicago and every major North American city was built over tribal land of the Native Americans, the Roman, Muslim, and Ottoman conquerors of Israel built over the Jewish sites, often covering up and erasing the Jewish history and its indigenous right over the land.

Through exiles and revolts. Through war and occupation, the Jews have always maintained a community in Israel. While the Jewish people were scattered across the globe, their hearts always remained in Israel. Each day, as Jews around the world gather in prayer, they face Jerusalem. So, what makes people question the Jewish right as the indigenous people of Israel? Because the Jewish people never lost hope in resettling in Israel. They refused to continue to live in ghettos and reservations. They never bowed to the conquerors. Even today, Israel continues to fight those wishing to conquer its land. The Jewish people stand tall in their defense of their homeland. In rallies across the world, people chant, “From sea to sea, Palestine will be free.” The preamble of the Hamas charter (the people who govern Gaza and lobby missiles into Israeli cities and towns) clearly states, “Israel will exist and will continue to exist until Islam will obliterate it, just as it obliterated others before it.”

Unlike the Native American tribes in North America or the Aboriginals in Australia who have completely given up on ever reestablishing their presence in their homeland, the Jews have always fought, and will also defend their indigenous right to live freely in their land. For this, the Jews are vilified, just like the Native Americans were constantly considered the bad guys in Hollywood films and in popular culture, as children would run around and play (good) cowboys and (bad) Indians.

If the world looks at Israel through the same lenses as they look at the rest of the world, they would recognize the Jewish indigenous right to the land of Israel and, like Biden proclaimed regarding the Native Americans, the world would make the same declaration about the Jews and celebrate the invaluable contributions and resilience of the Jewish indigenous peoples, recognizing the Jewish inherent sovereignty over the land of Israel…and to recognize indigenous peoples’ resilience and strength as well as the immeasurable positive impact that they have made on every aspect of Israeli society.