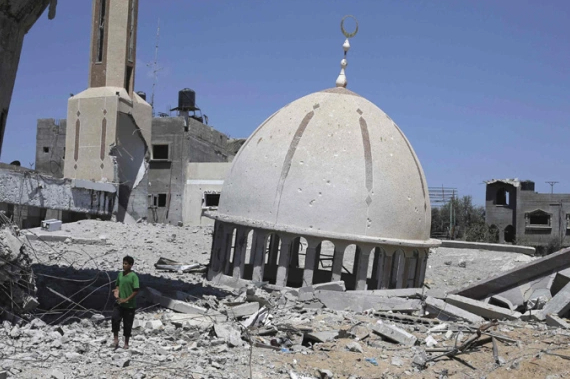 The Jewish Brain– ‘The Palestinian legacy of destruction’

The damage inflicted by Palestinian construction workers on Joshua’s altar should be condemned by all members of society, regardless of their religion.

ed note–once again, as we point out on a regular basis on this little informational endeavor, one simply cannot understand the nature of the ‘Jewish problem’ as it has existed for thousands of years without first understanding the Jewish brain and how it operates, and especially the dominant role that Judaism plays as the main operating system of Judaic thought.

First, a lil’ ‘scriptural reference’ to get the discussion started in the right direction–

This is not some passage from Theodore Herzl’s ‘The Jewish State’ or from some other relatively-recent ‘Zionist’ tract only a century old, but rather from the Torah, (Old Testament to Christians) Judaism’s oldest and most sacred book. The passage above makes clear what the invading/murdering/thieving/marauding ‘Israelites’ are to do to the places of religious worship that existed in Canaan long before the Chosenoids got there–

‘Break down their altars, smash their sacred stones, and put their idols to the torch…’

And, making good on that very clear and concise commandment coming out of the mouth of ‘yahweh’, the violent and vindictive ‘god’ of the Hebrews, this is EXACTLY what the Jewish state has done since its re-inception nearly a century ago. Christian churches have been blown up, set on fire, defaced with graffiti denigrating Jesus Christ and His legacy. Mosques have been deliberately targetted by the feral dogs of the IDF in the chronic and regular bloodbaths which they unleash against the Palestinians, especially in Gaza, in one engagement alone, ‘Operation Protective Edge’ (as the feral Israelites dishonestly and deceptively called it) where over 200 mosques were bombed, 73 of which were completely destroyed.

But in the Jewish brain whose higher functions have been permanently disabled and corrupted, this is ok, because this is what the religion of the Jews commands be done, and–as the passage above clearly states, ‘without mercy’.

The worst part of this entire ordeal are the denizens, LEGIONS, IN FACT–of defenders and apologists for Judaism hailing from not only the Judaic camp, but as well, from the Muslim and Christian, who will claim that the destruction of Christian and Muslim holy places/places of worship by the Jewish state is a ‘denial’ of Judaism’s ‘tolerance’ for other religions and that in fact it is ‘Zionism’ that is to blame for it, despite the fact that–as it clearly appears above–indeed it is the thousands-of-years-old religion of the Hebrews/Israelites/Jews, whatever we want to call them, that commands that such devilish business be done, and what’s worse than the deceptive ruse offered by those defenders and apologists is how many will believe it whole-hog.

The public’s shocked reaction to the desecration of the biblical site of Prophet Joshua’s altar, one of the most important Jewish heritage sites in the land of Israel, is puzzling. After all, the Palestinians have a long-standing reputation for decimating and damaging Jewish heritage sites. Some of the damage was intentional and aimed at supporting their claims the Jewish people have no historical or religious connection to the land, and some of the damage was merely out of spite.

The images of the stones that had been cut out of the terrace surrounding the site, which they intend to use as the lower level of the road to be paved there, was reminiscent of the shattered tombstones the Jordanians left on the Mount of Olives during their rule. The Jordanians displaced those tombstones ahead of the 1967 Six-Day War to make way for a new road. In some cases, they were used for sidewalks and public bathrooms.

It is outrageous that the government has been powerless to act to prevent such incidents. As far as Joshua’s altar is concerned, the legal argument is that the construction was carried out in Area B, which is under the authority of Ramallah. Jericho’s Hasmonean fortresses are situated in Area C, which can be accessed through Area A. In the case of the Temple Mount, as in every other part of sovereign Israel, we have seen a deliberate and longstanding policy of evading responsibility for enforcing planning and antiquity laws on the site due to religious sensitivities.

In all of these cases, Israel has either avoided using the means it has at its disposal to pressure the Palestinians or is too slow to act.

The damage inflicted on Joshua’s altar should be condemned by all members of society, regardless of their religion. This is not about right versus left or religious versus secular. A political lobby must be established that operates within Israel, as well as in the international arena, to ensure that incidents like these never happen again.