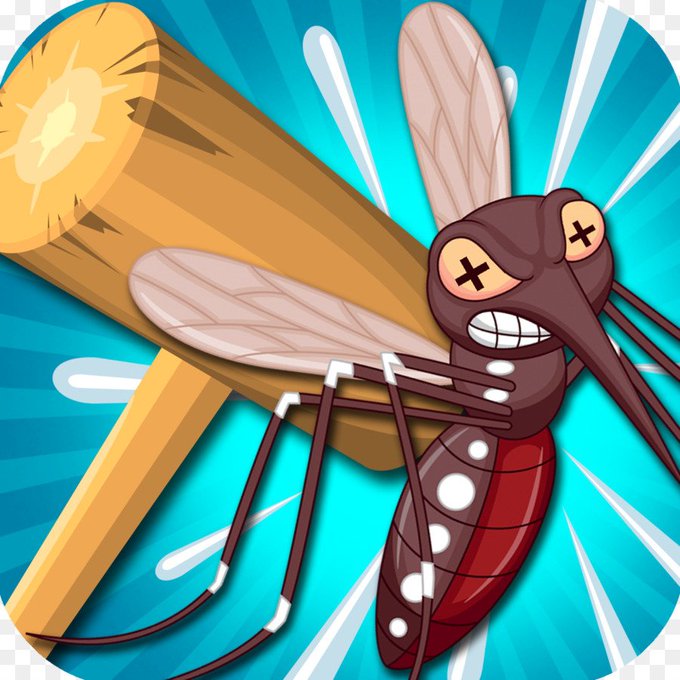 ed note–mamma mia, where do we even begin?

Ok, the first thing is obvious, which is the title of the piece itself where our deranged Hebraic writer homes in on the one word, the one adjective, the one combination of vowels and consonants that was/is/always will be the source of all Hebraic/Israelite/Judaic woe, which is the word

And, just so everyone understands this in its totality, what is the ‘proof’ of this ‘chosenness’, this ‘betterness’, and this ‘we are superior to thee’ mindset that is the beating heart of the Judaic operating system?

A ‘book’ which the sole beneficiaries of this ‘chosenness’ wrote, for themselves and for those lesser beings (Gentiles) whom those ‘chosen’ believe were created to serve them.

Now, having said that, please examine CLOSELY the following–

Attributing antisemitism to ‘chosenness,’ or to anything else Jews say, believe, or do for that matter, crosses wires and results in the victim being blamed. Antisemitism – the obsessive hatred of the Jew, of Judaism and, now, the Jewish state – reflects only on the accuser and definitely not on the accused.

For the benefit of the reader, we are going to go back into history (history which by the way, was written by the ‘chosen’ themselves) and examine the VERY FIRST RECORDED CASE of the same ‘anti-Semitism’ which our deranged Hebraic author claims is NEVER, EVER, NEVER-FREAKING-EVER the result of anything that Jews ‘say, believe or do’–the expulsion of Abraham and Sarah from Egypt as recounted in the book of Jenesis.

According to the ‘storyline’, Abraham has just sold his wife Sarah to Egypt’s Pharaoh as a prostitute, ‘pimped’ her out in fact, so that he will be ‘well-treated’, which, according to Jenesis, he was, after Pharaoh rewarded Abraham with ‘flocks and cattle, silver and gold, male and female slaves, camels and donkeys…’

Now, the lie upon which Abraham was able to ‘seal the deal’, or rather, ‘steal the deal’ with Pharaoh was that Sarah was Abraham’s ‘sister’ rather than his wife, intimating that–not being married–she was a virgin and therefore, had a clean bill of health viz the various venereal diseases that were something about which to really worry prior to the invention of penicillin and other antibiotics.

However, as the Jews’ book, Jenesis, then makes clear, Pharaoh’s entire household comes down with some ‘plague’ the details of which are not completely explained (but not difficult to surmise) resulting in Pharaoh then angrily summoning Abraham and charging him with the following–

What is this treacherous thing you have done to me? Why did you not tell me that she was your wife? Why did you say, ‘She is my sister’? Now therefore, here is your wife; take her and go your way.’ And so Pharaoh commanded his men and they sent Abraham away with his wife and all that he had.

SO, the VERY FIRST recorded instance of ‘anti-Shemitism’, and from a source no less reliable than the Jews’ own book, the Torah, reveals in Kristol clear language that indeed it was the direct result of Abraham and Sarah doing what the followers of Judaism have historically been known to do, which is to engage in dishonesty, chicanery, fraud, etc, employing the ‘protocols’ of Jypsyism in getting what they want from Gentiles, in complete contradiction and contravention to what our deranged Hebraic author writes in the below piece, to wit–

Attributing antisemitism to ‘chosenness,’ or to anything else Jews say, believe or do for that matter, crosses wires and results in the victim being blamed. Antisemitism – the obsessive hatred of the Jew, of Judaism and, now, the Jewish state – reflects only on the accuser and definitely not on the accused.

Again, it bears repeating, that perky little catch-phrase which we here at this humble little informational endeavor have coined and which Gentiles should call to mind in all cases where something emanating out of the mouth of one of the ‘children of Israel’ is being considered, which is that

The rest of the Jibberish permeating the piece is just the typical, run-of-the-mill Jewspeak meant to confuse the Gentile mind in much the same way as the wolf dressed as the old lady in the children’s tale attempted to explain away all his dangerous and deadly wolfish features with harmless answers so as to get the little girl’s throat into his mouth.

On the lecture circuit, Jews love asking ‘why does Israel have such bad PR?’ In response, many sympathetic, non-Evangelical Christians often ask: ‘Isn’t their chosenness the reason there is antisemitism?’

There’s a simple answer to this question: ‘no.’

Attributing antisemitism to ‘chosenness,’ or to anything else Jews say, believe or do for that matter, crosses wires and results in the victim being blamed. Antisemitism – the obsessive hatred of the Jew, of Judaism and, now, the Jewish state – reflects only on the accuser and definitely not on the accused.

Many religions, like many countries, from Saudi Arabia to America, entertain some notion of chosenness. Yet only the Jews’ use of the concept has been used against them so systematically, so consistently, so cruelly.

Of course, the answer is more complicated, too. Chosenness may be the most willfully misunderstood Jewish concept. Ignoring the Torah’s many injunctions to love strangers, and the Bible’s constant universalist affirmations of humanity, Jew-haters – and Jewish chauvinists – misinterpret chosenness to suggest superiority. Politically correct Jews agree, ignorantly exiling from Jewish liturgy the resonant, historic phrase ‘ata behartanu’, ‘You chose us’, while Jewish comedians love challenging God with ‘If we’re going to suffer so much, please choose someone else!’

As we Jews begin our annual reading of Exodus – in the Torah reading cycle – it’s worth revisiting the idea of the Jews as a Chosen people; not to explain how Jews insult others, but to see what Jews can teach others.

In Exodus 19:5-6, the Israelites reach Mount Sinai. God proclaims: ‘Now if you obey me fully and keep my covenant, then out of all nations you will be my treasured possession…Although the whole earth is mine, you will be for me a kingdom of priests and a holy nation.’

In his majestic book Founding God’s Nation: Reading Exodus, the philosopher Leon Kass explains that the Israelites, this ‘chaotic multitude of abased ex-slaves,’ are not chosen ‘because they are worthy or deserving’ but ‘because they are willing to obey.’ God challenges the Israelites to be kind to others – and not lord any presumed special status over anyone else. In going from slavery to a freedom that is filled with responsibility, the Israelites become the poster children of those who are free to choose.

And what do they choose? Not riches, not glory, but a mission, striving to become a ‘treasured people’ through kindness and godliness. 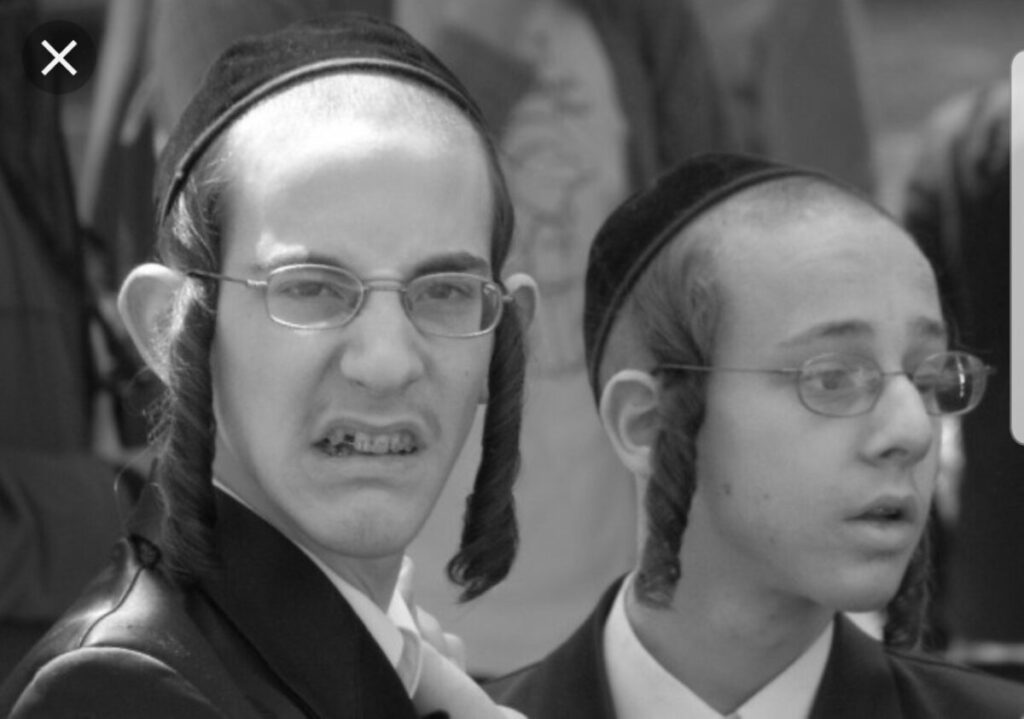 Becoming both a priestly kingdom and a holy nation requires forever balancing secular and religious, individual and collective, moral and practical, impulses.

‘The call to holiness,’ Kass writes, addresses ‘the people’s need to work through the human penchant for error and evil.’

If Genesis chronicles many ways people sin, Exodus challenges humanity to transcend those urges – showing the exalted way forward. This understanding of chosenness, then, is covenantal and aspirational, not exclusive or superior.

Traditionally minded Zionists, from Rav Avraham Yitzhak Kook to Menachem Begin, were less conflicted and less apologetic. Seeing chosenness as essential to the Jewish mission, they celebrated the Jewish character and Jewish rituals as vehicles for advancing good in the world. Left-wing and secular Zionists sweated it conceptually, trying to exorcise any whiff of possible bigotry or what we now call ‘judginess.’

Golda Meir wrote that the halutzim, the pioneers, ‘interpreted ‘ata behartanu’ [you have chosen us] to mean that when Jews would return to their homeland, and when they alone would be responsible for their home and society, they would make a better society.’ With those dual ambitions, Socialist Zionists needed national fulfillment to do universal good.

David Ben-Gurion interpreted ‘am segula’ as Moses’s call for the Jews to ‘be a unique nation’ by embodying ‘the higher virtues.’ Being ‘treasured’ did not mean being ‘singled out for special status by God, to be his favored creatures or his superrace…. Rather, am segula implies an extra burden, an added responsibility to perform with a virtue born of conscience.’

AS WE end this dispiriting secular year of 2021, it’s worth reexamining this challenging nuance, this idealistic juggle.

Today’s far-Right pushes group pride to its chauvinist extremes – dividing the world into ‘us,’ the ‘chosen’ ones, and ‘them,’ who are menacing outsiders.

Simultaneously, the far Left’s obsession about race and victimhood divides the world into those ‘chosen’ to suffer and those deemed to oppress.

Both extremes are nihilistic, clumping people together solely by their group affiliations, not their souls, spreading a European, Hobbesian, dog-eat-dog view of the world. Both kinds of fanatics give identity a bad name.

The Jewish way, now the Zionist way, is more subtle. It embraces identity, but as a collective launching pad toward living well and doing good, stretching everyone individually and communally. Since Sinai, and now in Israel, Jews seek to be tribal enough to feel that strong enveloping sense of solidarity humans crave within their tent, but not so tribal as to hate everyone outside their tent. We seek a community, a nation, committed to raising hopes, not building walls.

So, rather than seeing ourselves as ‘chosen’ to judge others, we see ourselves as chosen to challenge one another and help others, making our world and the world truly ‘treasured,’ better for us and for others, too.