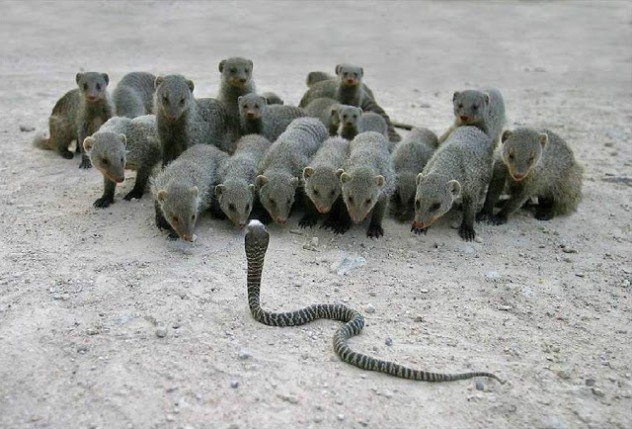 The Jewish Brain–‘We Jews Should Embrace Being the Chosen People’

Now imagine a world where everyone knows these facts, but because of a program of deliberately-imposed/tyrannically-maintained censorship, no one talks about these things, and not even when the aforementioned items are rising to epidemic numbers and thus pose serious dangers to society at large.

Et, Voila!–the absolute reluctance these days to discuss Judaism, and in particular its inherent and organic narcissistic tendencies as the source of so much trouble in the world today.

As much as Jews and the well-funded/highly-organized groups which they have created–ADL, WZO, AJC, etc, etc, etc–CONSTANTLY kvetch about ‘anti-Shemitism’, which they characterize as ‘irrational’ and as ‘the world’s oldest hatred’ with no explanations for it outside of jealousy, envy, etc, the fact is that the primary cause of this ‘irrational’ hate that–as all are told–has been around longer than any other has perfectly explainable and–more importantly, DIAGNOSIBLE–causes which can be summed up in six simple words–

‘We Jews are God’s chosen people…’

What’s worse is that an honest reading of ‘the book’ which serves as the primary spark for this mindset, meaning the Torah/Old Testament doesn’t just stop there. It tells these ‘chosen people’ in clear, unambiguous language that they have been given the order from their Commander-in-Chief, yahweh, to

And to engage in every other form of known criminality understood to be such by every civilizational standard throughout human history.

There simply isn’t another religion in all of human history like this.

What’s worse is that an honest reading of ‘the book’ which serves as the primary spark for this mindset and which tells these ‘chosen people’ in clear, unambiguous language that they have been given the order from their Commander-in-Chief yahweh to engage in all the aforementioned criminal acts doesn’t just stop there, but hypnotizes the reader with tall tales of role models, patriarchs, matriarchs, prophets, warlords, etc, who engaged in the aforementioned criminal acts and who were REWARDED handsomely for doing so.

It’s very easy then to see the inevitable end result of something such as this–a group of people in love with themselves who believe they’ve been given a blank check to engage in every form of criminality known to be such by every single civilizational standard throughout the entirety of human history and the inevitable backlash against them which has been inaccurately called ‘anti-shemitism’.

Like someone vomiting when a foreign, hostile organism has entered his/her system, likewise the Jews and their ‘we alone are God’s chosen people’ mindset concomitant with their magnetic pull towards Old Testament-sanctioned criminality is the reason they are/have been hated throughout history and why they always will be as long as they maintain that course. It is a drug for them and unfortunately, something from which they are not likely to distance themselves for the ‘high’ that it provides.

That doesn’t mean however that a society that values its own survivability has to go along with this suicidal program of willing censorship, as the outcome of such a protocol is obvious–the death of entire nations in exactly the manner as these ‘chosen’ people celebrate every year in religious feasts such as Passover, (Egypt) Purim (Persia/Iran) and H’Nooka (Greece).

Now, as is typical with the lying and subversive nature of Judaism and of its ‘priests and prophets’ who peddle their product like a dealer/pusher peddles his highly-addictive narcotic substance, our unesteemed rabbi does his damndest–no pun intended–to ‘explain’ (the word in Hebrew is ‘hasbara’) that Judaism and its ‘chosen’ qualities does not contain the poison in it that Gentiles think it does. He characterizes it as the Jews being ‘chosen’ for the great mission of ‘civilizing’ an otherwise uncivilized world and of bringing the light of truth to the masses of Gentile asses who are too deaf, dumb and blind to figure it out for themselves.

And yet, everywhere they have gone, they have brought the opposite, a fact made clear within the very first chapter of their ‘holy’ book, the Torah/Old Testament, where Abraham has just lied to Pharoah about the marital status of his wife Sarah, and mean ol’ Pharaoh–having come to terms with the fact that dishonest Abe dealt ‘treacherously’ with him (the adjective used in the Genesis story) kicks both of them out of Egypt, the first recorded expulsion and the very first case of recorded ‘anti-shemtism’.

Whatever we may think of John Lennon and some of the more radical aspects of the peacenik movement, there is a part of us that wants to buy into the core message of his iconic song ‘Imagine’. Surely, it represents a perfect world — no war, no arguments, no discord, not even petty disputes about possessions. And although we live in an imperfect world, Lennon gave us a glimpse of what a perfect world could look like.

Well actually I’m quite sure he didn’t. To begin with, let me contrast the lyrics of “Imagine” with a prayer we say numerous times over the festival period, beginning on Rosh Hashanah and Yom Kippur, and then again over Sukkot:

‘You chose us from all the nations; you loved us, you desired us above all other people, you sanctified us with your commandments, you drew us near to your service.’

The prayer is a celebration of the fact that God turned the Jewish nation into His Chosen People.

This theme reappears on numerous occasions in Hebrew scripture with countless verses that reflect this idea — telling us that the Jews are special, the Jews are chosen, the Jews are unique — “am segulah” — “am ha-nivchar” — “am kadosh.”

Troublingly, this idea seems to fly in the face of a universal God. How is it that the God of all humanity has chosen to reveal Himself uniquely and only to one nation? What about equality for all? And I need not remind you that our enemies and detractors have often used this foundational aspect of our national identity to criticize and vilify us.

Yes, there is an uncomfortable truth here — we cannot possibly reconcile our Jewishness with a universalist worldview. How can we be good Jews and yet subscribe to the utopia of universalism?

The answer is simple — we can’t. But actually, that’s not a bad thing, it’s a good thing. A universalist world would be a world that is the very antithesis of what God wants; rather than being a utopia, it would be a nightmare.

Search through the entire Torah, Talmud, and Midrashim, or indeed in any Jewish literary source — and you will be struck by an incredible fact. It appears we Jews do not believe that we were chosen for any special privilege. Nowhere are we exclusively promised the Kingdom of Heaven to the exclusion of gentiles. Nor are we promised special treatment by God to the detriment of others.

If anything, the contrary is true. We are told that we need to serve, or else we will fare badly. And in return for a life of unending commitment, we are told that our lives will be OK. It seems that being chosen means we were chosen to serve, and potentially to suffer the ordeals that true service might entail.

The point is this. Our ancestors took something on at Mount Sinai — they declared Naaseh Venishma: ‘we shall do, we shall obey.’ They meant that they would do everything and anything that Judaism demanded of them. They undertook an exacting code of morality, law, and discipline — more than any of their contemporary nations, then as now.

Many Jews have indeed opted not to be so special after all, and have rejected observing mitzvot and ultimately their Jewish identity. To do so hardly makes sense if being chosen is such a privilege.

In which case, what does it mean to be chosen? It means that God chose us to do everything that made creating the world worthwhile. And like all relationships, the closer you are, the more intense it is. If someone hears about a random kid who has misbehaved, they won’t be too concerned. But when it’s their own kid, it is very different. And when a person hears that their kid has done well, they celebrate. Your child’s success intensifies your feelings of love.

So, too, is our special relationship with God. It is subject to highs and lows, because we are His children: when we do well we bask in His love, and when we do badly, we elicit a negative reaction.

Chosen-ness means responsibility. It means something is expected of us. And it requires a consciousness that is reflective and on the ball. This is the chosen-ness that explains what it means when we say that the Jews are God’s ‘Chosen People.’

The pretty chords and softly sung words of Lennon’s anthem blind us to the fact that if the world was ever the way he describes it, it would be an utterly dreadful place. Universal love is not love at all. Imagine I would say to my wife “Darling, do you know how much I love you? I love you just as much as I love every other woman on the planet.”

How long do you think it would take her to sling me out? By choosing my wife I expressly and without equivocation rejected every other woman on the planet. That is not regressive, nor backward. It is beautiful. But such exclusive commitment comes with responsibilities. We know very well what this means, and we also know that the alternative is ridiculous and unworkable.

It explains why God is referred to as a jealous God in the Ten Commandments. Rather than describing some petty human emotion, the verse is using a human emotion to help us understand our chosen-ness. If a husband is not jealous with regard to his wife or a wife not jealous with regard to her husband, then their relationship is not a relationship of chosen-ness. God could never allow us to have any other “gods” in our lives, because we are His chosen. Jealousy is the perfect human emotion to understand that.

This is why being the Chosen People is nothing to be ashamed of. We must celebrate it, and every time we say, or hear “ata bechartanu mikol ha’amim” we should remind ourselves that we need to live up to our chosen role, and not fool ourselves to think that we are special or better than everyone else. Rather than being a privilege, it is a challenge. Our task, as those who have been chosen, is to live up to that challenge.