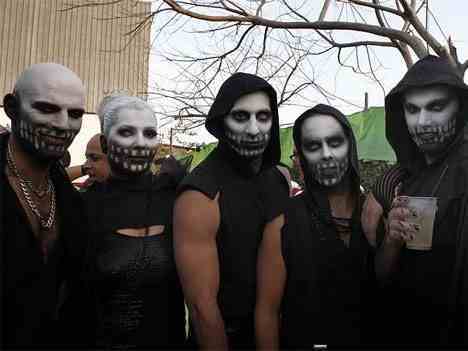 The Jewish Brain–‘What Purim is really all about’

While many people believe that the holiday of Purim is a celebration of the Jewish people miraculously avoiding annihilation, there is another important aspect to the Jewish holiday that is largely overlooked.

What Purim is really all about

The rabbi of Kfar Tapuach, Rabbi Yehuda Richter, reveals in a recent lecture that the Purim holiday is a day of celebrating the downfall of the enemies of the Jewish people. Furthermore, the celebration itself is a cautionary tale to all of Israel’s enemies warning them that if they come against the nation of Israel, not only will they fail but their demise will be celebrated by the Jewish people for all eternity.

Keeping the king up at night

Rabbi Richter refers to a Judaic tract that tells the story of the king of Persia, Ahashveros, who was having trouble sleeping. “All of a sudden, he remembers that he was saved by Mordechai” the rabbi explains.

As the king considers ways to show appreciation to Mordechai for saving his life, in walks his evil advisor Haman. Ahashverosh turns to Haman asking for a suggestion to reward a man who saved the life of the King. Assuming the king was referring to himself, Haman recommended the king to throw him a grand parade through the streets of Shushan.

It was during that celebratory parade that Mordechai delivered onto Haman what the Rabbi called a “Bruce Lee kick.”

When that day arrived, Mordechai asked Haman to bend down to help him get onto the horse that was to parade the former through the streets. And as Haman bent over, Mordechai gave Haman a “big kick.”

The rabbi calls that iconic attack a “kick of humiliation, the kick of rejoicing in the downfall of our enemies.”

The rabbi added that this is also the reason why during the reading of the story of Esther, the Jewish people stomp their feet each time they hear Haman’s name.

A kick of pride

“We’re not hiding it. We’re not embarrassed by it. Exactly the opposite – we’re showing it off” he explains. He adds that the stomping of the feet ritual when hearing Haman’s name serves as a proverbial warning shot to Israel’s enemies saying: “those that want to destroy the Jewish people – we tell them look what happened! We make this boisterous party and we publicize our victory telling the evil nations of the world: be careful if you want to come against us.”

When evil is on top

“Look at the party atmosphere that has happened as we celebrate the dustruction of our enemies.”

Rabbi Richter explains how the fall of the enemies of the Jewish people is a tremendous sanctification of God’s name.