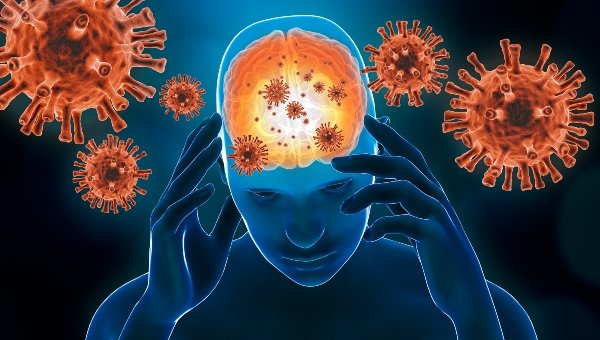 Within the English language, these are known as homonyms, where words PRONOUNCED in the exact same manner nevertheless possess different spellings and different meanings altogether.

In other words, no pun intended, each word possesses an identity that is distinctly its own and is utterly different from its homonymic ‘twin’ and if one were to try and use one in place of the other in a written sentence, the message being conveyed would make no sense whatsoever.

Now, imagine people who live in such a state of utter disconnect with this thing known as ‘reality’ that everything they see, everything they do, all their thought processes and the manner in which they interface/interact with the world around them and with the REALITY that is the inescapable signature of the world, all of these people-types exist in a parallel universe that–like the homonyms listed above–have certain superficial similarities, but which have no relationship to other people-types whatsoever.

Welcome to Judaism and its followers who refer to themselves as the ‘children of Israel’.

The entire affair beginning with a penniless nomad named Abram hearing voices in his head promising him and his future DNA complete ownership of the world, a plane of existence where those who are NOT part of his ‘chosen’ DNA club will be ‘blessed’ in accordance with how well they ‘bless’ him and ‘cursed’ in accordance with/to whatever degree they ‘curse’ him was/is the beginning of this reality-disconnect between the 2 distinct people-types.

In fact if we really want to get down to the nitty-gritty of it all as to why we find ourselves at the precipice of the same Apocalyptic events that mankind has feared would someday arrive, it is these 13 words–‘I will bless those who bless thee and curse those who curse thee’— that, having begun life as a mere microscopic hatchling lizard, have now turned into the same Tyrannosaurus Rex threatening to devour us all.

Now as to the reality-detached nonsense scribed by our deranged follower of Judaism below, let us consider the most important ‘protocols’ associated with it–

Like the homonyms listed above, the ‘Jews get blamed for everything’ concept bears SOME RESEMBLANCE to the truth, just as ‘bare’ sounds like ‘bear’ and ‘ate’ sounds like ‘eight’.

Where he of course gets it completely wrong, living as he does in that parallel universe of Judaic thinking detached and utterly separate from reality, is the reason WHY Jews ‘get blamed for everything’.

–is found front-and-center/right smack dab in the middle of some kind of criminal activity against Gentiles.

And not merely as an anomoly or as an accident, but rather due to the UNFETTERED/UNSHACKLED license given by those 13 aforementioned words–

When someone (or an entire group of them) operates under this ‘protocol’, ANYONE who ‘curses’ them, and even in the aftermath of some horrible, violent criminal activity on the part of the deranged Judaic, deserves the wrath of the creator as promised in that silly verse appearing in Jenesis, and therefore in such a situation, with those 13 words acting as the operating system of all Judaic thought processes, there is no other reason for the Jews getting ‘blamed for everything’ except ‘baseless anti-Semitism’.

Historically-speaking, whenever something goes awry there hasn’t been this autonomic, automatic, reflexive assumption on the part of large groups of people that it was the Catholics, the Mormons,  the Muslims, the Hindus, the Buddhists or anyone else that just MUST be responsible for it, and for the simple reason that the aforementioned peoples live to some degree in some type of cooperative relationship with their neighbors and live their lives in such a manner not criminally-inclined.

As we like to point out here, the very first recorded act of ‘anti-Shemitism’ was Abraham and Sarah being expelled from Egypt after Pharaoh figured out that he and his court had been ‘Jewed’ by the 2 of them.

The other reason that–again, quoting our deranged Hebraic author–‘the Jews get blamed for everything’ IS BECAUSE THEY ACCEPT RESPONSIBILITY FOR NOTHING.

Like no other group of people in history, they exist in a universe all their own viz the brazen and bold manner in which they deny any and all wrongdoing, shameless and without hesitation, even when they are caught RED HANDED and where no possibility of an acquittal exists. Whether it is their monopolistic control/ownership of money, bribing governments, their 5th column war against Gentile societies’ culture and morals through their control/ownership of media to the war crimes that the Jewish state perpetrates against Palestinians and others on a daily basis, they boldly and brazenly lie about their roles in the aforementioned as easily as pouring water out of a pitcher.

Now, as far as our deranged Hebraic author and his detached from reality OpEd below, please note the following–

In an earlier piece he wrote tangential to the current theme of this piece, he writes the following–

We are approaching a critical point in the history of the world, and we Jews will be at its center, as we always have been. We will be accused of everything that is wrong in the world, as we always are, and the truth is that there is a lot that is wrong with it today. There will be no distinction between Jews in Israel and Jews abroad, all of us will face the world’s indictments. Moreover, the more we stall, the more momentum and intensity the hatred of the Jews will gain.

And in our own ed-note commentary to this, we had the following to say–

Just WHAT is this ‘critical point’ that is approaching and just WHY will ‘the Jews’ be blamed for it? Complete collapse of the world’s economy as a result of a laboratory-created virus that likely came out of Israel? Another Judaically-created world war that will involve nukes and result in millions or billions of deaths? Exactly what is it that our deranged and delusional follower of Judaism knows that the rest of us do not?

These are the questions, queries, and conversations that need to be taking place right now but, sad to say, are not. While the world right now can be divided into 2 camps of discussion, one side advocating mandatory vaccines, masks, and lockdowns and the other side opposing them, in the meantime the architects of this planned disaster, this ‘Samson Option’ designed to end the world not with a bang, but with a whimper, continue on with their plans while the Gentiles busy themselves with discussions and debates that are AT BEST diversionary and distractionary.

As we like to remind the readers from time to time, no one ever accused ‘them’ of being stupid.

When something bad happens in the world, no matter what, Jews can prepare to take the blame for it. In the end it somehow always comes, so there’s nothing to be surprised about every time. Just a few days ago, the founder of a Utah tech company emailed a number of colleagues and political leaders claiming that the Covid-19 vaccine was part of a plan by ‘the Jews’ for the ‘systematic extermination of billions of people.’

The CEO of the Utah tech firm Entrata, David Bateman, had to resign his position after his conspiracy theory about the pandemic as part of a Jewish plot to ‘consolidate all the countries in the world under a single flag with totalitarian rule’ triggered condemnation.

If we examine history, we see that the Jews have always been at the epicenter of the storm when the world was busy recovering from a blow. Even though it is not politically correct to say so out loud, the prevailing opinion in humanity is that the Jews run the world and its governments with all the money they have. And when it benefits them, Jews provoke wars and organize crises all over the world—all in their own self-interest, always pulling the strings and compelling others to work for them. Even people who have never known Jews feel that this is how the world is run.

Our own sources explain the origin of this perception: ‘No calamity comes to the world except for Israel,’ our sages noted long ago. They made a direct connection between the quality of relations amongst the Jews as a group and world peace. As it is written, ‘We are commanded in each generation to strengthen the unity among us so that our enemies do not rule over us.’ (The Book of Consciousness)

We Jews should be united, connecting with each other according to the great rule, ‘Love your neighbor as yourself.’ Since this almost never happens, a blockage is created that hinders the flow of beneficial power into the world. At the same time, the power of evil constantly increases, and selfishness spreads. This negative balance is the cause of many problems, and much suffering is inflicted as a result.

On the part of the great natural system, the good force in our world remains unrevealed and hidden. Only through the Israeli nation can it be revealed, for we are by definition responsible for the world’s development and peace. As the Midrash Rabbah writes, ‘Israel, bring light to the world.’ (Song of Songs)

In Abraham’s time when we were properly connected, well-being flowed through us to the world, but since unfounded hatred destroyed our unity, this path has been blocked. This is why the world perceives us as the cause of all evil. Even if one does not understand how the system is structured, and even if the connection between the Jews and the resulting bad phenomena is not visible, it is instinctively clear to people that the Jews are to blame for every problem, from the life of the individual to the whole of humanity.

When will it stop? Never, unless we take action and change the quality of our relations. This is a law of nature. The negative attitude towards us will only increase until we treat each other with love and become like one man with one heart. Only in this state will a positive force come into the world and balance all evil. Humanity will begin to feel harmony, tranquility and serenity, and will enjoy a good life in reciprocity and reconciliation.