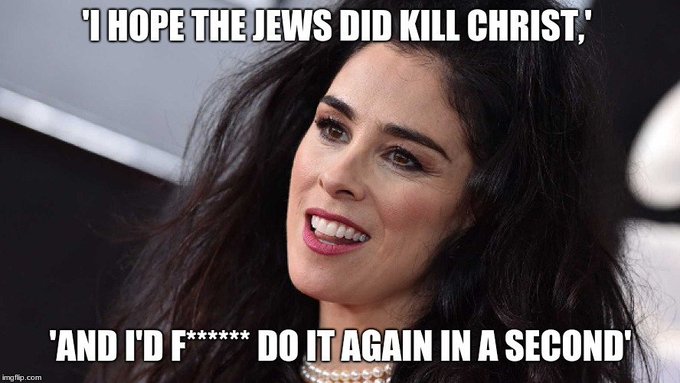 By Benyamin Cohen for Slate

’Twas the night before Christmas, and all through the house, Jews were playing dreidel, being celibate, and tearing toilet paper. Allow me to explain. Please.

The Jewish community has long had a tense relationship with Christmas. You wouldn’t know it by the two main customs observed by many 21st-century Jews on Dec. 25: eating Chinese food and being the first to see the Christmas blockbuster. But less well-known are the more historic—and, to be blunt, more bizarre—Christmas Eve customs that Jewish communities have kept secret, even from most Jews. As a public service announcement, I’m here to let you in on what the rabbis thought about Christmas Eve. Gather round, little ones. This is a scary tale.

The Talmud, with its share of rabbinic repudiations against Jesus, was never a big fan of Christmas. Call it the Grinch. Indeed, the rabbis looked at it as a day of mourning—perhaps due to the suffering that Jews encountered in Jesus’ name throughout history. And Christmas Eve—named “Nittel Nacht” by Jewish scholars in the 17th century—took on a life of its own. Some Jewish mystics were under the impression that many apostates were conceived on Christmas Eve (which is one reason the rabbis forbade sex on Dec. 24; more on that later). In Europe, the Jewish community was victim of more acts of violence on this night. All in all, it didn’t end up being a festive evening for Jews.

And so the rabbis decreed that the public study hall be closed and that no Torah learning take place on this night. The edict came about because of the popularly-held belief in Judaism that studying the Torah brings spiritual benefit to the world at large and many didn’t want to make this positive contribution on what they considered a “pagan” night.

Although there is no exact demarcation as to the genesis of this odd holiday, the renowned Talmudist Rabbi Samuel Eides observed Nittel Nacht as early as the late 1500s. The Baal Shem Tov, a famous Jewish mystic and the founder of Hasidism, popularized the holiday in the 1700s. Many rabbis after him added on their own special rules. By the mid-1900s, when Judeo-Christian relations matured, the Christmas Eve customs fell mostly by the wayside. While there are still some Orthodox groups that observe Nittel Nacht, these are not widespread customs among modern Jews.

Although Torah study was forbidden, some privately studied what’s called Toledot Yeshu—a medieval manuscript that tells the story of Jesus from a non-Christian perspective. A few didn’t even sleep on Christmas Eve for fear that they might dream about Torah study. Hassidic legend says that dogs, often and quizzically seen in ancient Jewish texts as a symbol of evil, appear to those who study Torah on this night.

The rabbinic sages behind Nittel Nacht also decreed that a married couple should not have sex on Christmas Eve. There are also similar customs—no Torah study, no sex, etc.—on the ninth day of the Hebrew month of Av, the historic date on which both of the Jewish Temples were destroyed. Ironically, many rabbinic authorities actually suggest this was the actual day of Jesus’ birth.

In classic Talmudic fashion, there are debates as to when Nittel Nacht actually begins. Chaim Saiman, a law professor at Villanova who specializes in Jewish legal theory, calls it the “Russian nesting doll” theory. Ask one question and several others pop out. You can’t study Torah on Christmas Eve? Great … when does that start? Midday? Sunset? Nightfall? And since Orthodox Christians observe Christmas in January, there was actually a rabbinic debate about when to “celebrate” Nittel Nacht. Not surprisingly, extra-strict Jews decided to hedge their bets and observed Nittel Nacht on both nights.

So what would Jews do on Christmas Eve?

1) Tear toilet paper. I kid you not. Bear with me, as the reason is a bit convoluted: Observant Jews do not tear anything on the Sabbath as they consider it a form of “work.” As such, they either don’t use toilet paper on Saturdays (opting instead for pipe-clogging tissues) or pre-rip toilet paper before sundown on Friday. (I reluctantly confess, this is something I was exposed to while growing up the son of an Orthodox rabbi.) Since Jews were not allowed to study Torah on Christmas Eve, the rabbis still wanted the community to be doing something, um, productive. So they suggested people spend the time pre-ripping toilet paper for the entire year. I wish I was joking but, alas, I am not.

2) Play cards, play chess, spin a tiny top. Many synagogues held poker games on Christmas Eve; some say this is where the custom of spinning the dreidel on Hanukkah matured from, as a way for Jews to pass to the time.

3) Everything from managing finances to reading secular books to, get this, sewing. (That last one was actually a custom of the late Lubavitcher Rebbe, Rabbi Menachem Mendel Schneerson.)

It’s obviously important to keep in mind that the often bizarre customs of Nittel Nacht were, as Rabbi Ari Enkin points out, “born out of political realities rather than theological ones. … Nittel Nacht comes to us from an era when relations between Jews and Christians, the Church and Judaism, could be described as ‘tense’ at best. We are fortunate to be living in a day and age where relations between these two groups have flourished immensely.”

I couldn’t have said it better. This is an era of remarkable religious tolerance. Hanukkah menorahs get erected next to Christmas trees at the mall. Kwanzaa gets its own postage stamp. The Gap’s holiday commercials name-check winter solstice. Which is why most Jews no longer celebrate (or even know about) Nittel Nacht. It is, on many levels, a holiday far past its expiration date.

Regardless, because of the fact that it’s the nature of the beast, there will be Jews gone rogue: holding poker tournaments and furiously ripping toilet paper this Christmas Eve. And to them I simply say, “Merry Nittel Nacht, and to all a good night.”