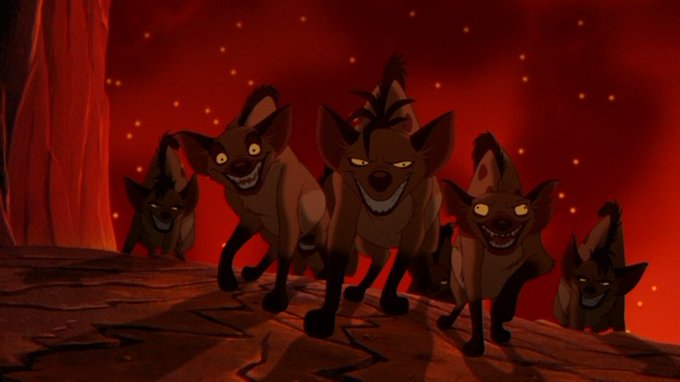 ed note–First, let us discover and dispense with the hasbarah (lying) contained herein–

There are no ‘shared values’ between Christians and Jews as disingenuously claimed by our unesteemed Hebraic author. Jews hate Jesus Christ–always have, always will–and Christians–as long as they remain CHRISTians–LOVE JC, always have and always will. This ‘schmooze’ on the part of our hasbaratchik is nothing more than the application of the same ‘by way of deception, we shall make war’ that serves as the motto of Israel’s disinformation murder machine known as Mossad.

But, but, but…before he wrote this, what he said was that the 10th of Tevet is a day of MOURNING for Jews because of the Torah being translated into the vulgar language of Gentiles, thus opening it up to Gentile interest and introspection…

And yet, someday, these same Gentiles are going to come to Jerusalem to ‘study Torah’ during the time of the Moshiac, i.e. Messiah?

OH, WAIT, HE FORGOT TO MENTION SOMETHING THAT BETTER EXPLAINS THIS APPARENT CONTRADICTION–

After the ‘redemption’, where the Jews, Hebrews, She-brews, Israelites, Khazars, Schmay-zars, whatever we want to call them, have come back (stolen) Palestine, the Gentiles will be permitted to ‘study Torah’, for the simple reason that they will be a conquered and defenseless people, and all of this according to that same guy named Isaiah referenced by our unesteemed Hebraic writer, to wit–

And just who is to bring these Gentiles and their kings to heel?

Why, the Moshaic (Messiah) also described by that same guy named Isaiah, to wit–

Who is this coming from Edom (Europe and the West in Judaic religious eschatology) in crimsoned garments?…Who is this, majestic in attire, pressing forward in His great might?

“It is I, who makes war victoriously, Powerful and triumphant I am.”

Why is your clothing so red, Your garments like his who treads grapes?

“I trod out a vintage alone…From the peoples no man was with Me. I trod them down in My anger, trampled them in My rage; Their life-blood bespattered My garments, And all My clothing was stained. For I had planned a day of vengeance, And My year of redemption arrived.

“My own arm wrought the triumph, And My own rage was My aid. I trampled peoples in My anger, I made them drunk with My rage, And I hurled their glory to the ground.”

Occasionally, Christmas coincides with Hanukkah and Jews and Christians rejoice in our festivals sharing a date, reminding ourselves of our shared heritage and values.

This year, however, December 25th is a day when Christians are celebrating and Jews are mourning. What can we learn when Christmas coincides with the Jewish Fast Day known as the Tenth of Tevet?

WHAT IS THE FAST OF THE TENTH OF TEVET?

Several reasons for mourning on the 10th of the Hebrew month of Tevet are offered, however, the Talmud (Megillah 9a) records a fascinating story.

On the 10th of Tevet, King Ptolemy II Philadelphus (285–247 BCE) gathered 72 Jewish scholars and forced them to translate the Torah from Hebrew into Greek. The holy words of the Torah were suddenly widely available to all for the first time. Interlopers began to deliberately mistranslate certain passages in order to further false theologies and the resulting Septuagint (“translation of the 70”) was mourned as a national disaster for the Jewish people. To the rabbis of the Talmud, the 10th of Tevet thus marks the first devastating act of biblical coercion committed against the Jewish People.

In the Middle Ages, Christians attacked the Hebrew Bible and dragged Jews to disputations and forced debates over “problematic” Biblical passages. In a famous example, the leading Torah sage of his generation, Nachmanides (1194-1270), did an admirable job defending his faith to which King James I of Aragon scoffed that never before had he heard “an unjust cause so nobly defended.” Nachmanides was let off relatively easy from this disputation and rather than being burnt at the stake, the saintly rabbi was charged by the church with blasphemy and evicted from Spain in 1267.

A final example from the modern era of non-Jews using the Torah against the Jewish People, is known as the Napoleonic Sanhedrin of 1807. The great statesman Napoleon Bonaparte organized 71 Jewish notables to answer 12 sensitive questions about Judaism to determine if Jews could be loyal French citizens deserving of equal rights. The Jews were asked uncomfortable questions and forced to compromise their principles in order to win the approval of the secular sovereign.

The Tenth of Tevet is the day that mourns the fact that the Torah, which was given by God for the benefit of all mankind, had been twisted and used against the Jewish People throughout history, a very sad day indeed.

WHY THINGS ARE DIFFERENT IN OUR GENERATION

A cursory reading of Jewish History would lead one to conclude that Jews should stay far away from Christians, and never enter into Biblical discussions with them. One could be forgiven for coming to this conclusion in light of our bitter history. However, I believe that today we are in a different generation, and we should look towards this question from a new perspective.

Today, unlike those earlier episodes in our history, the Jewish people are no longer weak subjects of foreign rulers, but sovereign in our own State. While for centuries, Christians used to debate the Bible with the Jews to prove that they were right and we were wrong, today things are different. Many Christians are looking to read the Bible in Hebrew and studying Scripture from a Jewish perspective. They are coming towards us in reconciliation and sincere friendship out of our mutual love for God’s word.

This is why I published “The Israel Bible”, the first Hebrew Bible with a commentary written by Orthodox Jews for a largely Christian readership to appreciate the connection between the Land and the People of Israel.

WHEN CHRISTMAS COINCIDES WITH THE FAST OF THE 10TH OF TEVET

Christmas is the day that more than any other, highlights the differences between Jews and Christians. Nativity Scenes and Christmas Trees have always been seen as a threat against Judaism and are met with great discomfort by many Jews.

However, we are living in unique times when Christians are standing with the Jewish People because of their love for the Bible.

The shared calendar day of Christmas and the Fast of Tevet has one final lesson we can take from an encouraging passage in the Hebrew Bible.

The prophet Isaiah wrote long ago that one day in the future the Jewish people will return to their homeland and to their eternal capital. When that day finally arrives, “all the nations shall gaze on it with joy, and the many peoples shall go and say: ‘Come, Let us go up to the Mount of Hashem, To the House of the God of Yaakov, so that He may instruct us in His ways, and so that we may walk in His paths, for instruction shall come forth from Zion, the word of Hashem from Yerushalayim’, Isaiah 2:2,3.

Isaiah describes the final redemption of the world in the end of days and the ultimate spiritual achievement is the day when non-Jews will come to Jerusalem to study Torah. The fast of Tevet falling on Christmas this year should remind us that in our generation we are indeed witnessing this major historical turning point. Today, Jews and Christians can both pray that we continue to reverse centuries of fighting over the Bible and wish our Jewish friends an easy fast and our Christian friends, a Merry Christmas.