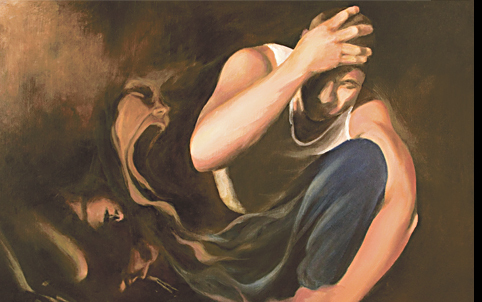 Continuing our discussion viz the ‘corrosive force’ of Judaism and the inherent Apocalyptic dangers associated with any civilization allowing an inherently schizophrenic group of individuals driven by the dark voices in their heads to get control of a nation’s politics, economy, culture, etc. In fleshing out this discussion, we are joined by a deranged Hebraic lunatic from Israel discussing how Covid is a punishment by the god of the Hebrews sent to the world as a result of Trump’s plans for bringing ‘peace’ to the Middle East.

Also, the new ‘strain’ of Covid as it grows stronger and more deadly–Is DJT’s vaccine just a political remedy to his re-election strategy or is the vaccine an EXISTENTIAL NECESSITY in preventing half of the US being ‘Holocausted’ as Judea, Inc has planned on doing now against Rome for 2,000 years.

Also, POTUS Trump’s insistence upon the stimulus check amount being raised to $2,000–is this merely part of the politics of his re-election or does he and his team forsee a complete collapse of the American economy in the very near future as a result of the deadlier strains of Covid now making their way through the ranks and therefore–like the vaccine–sees this as an existential necessity if the US is to survive?

Again, not for the hopelessly stupid, intellectually shallow or mentally feeble, so listen only at the risk of getting a high-voltage jolt of the Ugly Truth.