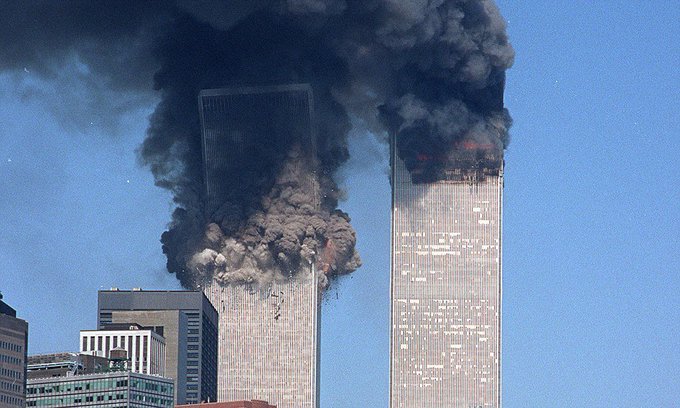 A newly identified variant of the SARS-CoV-2 virus appears to be more contagious than established ones. Here’s what scientists know.

ed note–As discussed on the most recent TUT program, ‘Corona’ as a deliberate intelligence operation devised against a certain DJT who aims to stabilize the Middle East in ways to which Judea is militantly opposed–is a multi-leveled, multi-staged plan.

Just as 9/11 began with planes crashing into towers in broad daylight during rush hour, thus garnering immediate attention as smoke billowed out of the burning towers followed by the very dramatic collapse of the structures, likewise ‘Corona’ has several levels and stages. The first was the mild strain whose release was used to bait DJT into the corner of downplaying its danger so that the ensuing collapse of the economy could be dumped in his lap just prior to elections. The strain being released now is of the more deadly variety whose aim is to get DJT to cry ‘uncle’ and cede the election to Biden, Israel’s choice as POTUS.

The vaccine that was rushed into production by DJT was not just a political stunt in an election year. He and the rest of the US Defense and Intelligence establishment know that there are more deadly strains on their way in the (likely) event he refuses to cede to the ascension of Biden as President. The various talking heads within the ‘trooth muuvmnt’ downplaying the deadly nature of the strains to come and warning that the vaccine is only there as a form of political control DO NOT KNOW WHAT THEY ARE TAKING ABOUT, in the same way that they had their heads up their southern orifices when it came to Sandy Hook and other items.

In recent days, the world has watched with curiosity and growing alarm as scientists in the U.K. have described a newly identified variant of the coronavirus that appears to be more contagious than, and genetically distinct from, more established variants. Initial studies of the new variant prompted Prime Minister Boris Johnson to tighten restrictions over Christmas, and spurred officials in the Netherlands, Germany and other European countries to ban travel from the U.K.

The new variant is now the focus of intense debate and analysis. Here’s some of what scientists have learned so far.

Is the U.K. variant some kind of new supervirus?

No. It’s just one variation among many that have arisen as the coronavirus SARS-CoV-2 has spread around the world. Mutations arise as the virus replicates, and this variant — known as B.1.1.7 — has acquired its own distinctive set of them.

What is unusual about it?

The variant came to the attention of researchers in December, when it began to turn up more frequently in samples from parts of southern England. It turned out to have been collected from patients as early as September.

When researchers took a close look at its genome, they were struck by the relatively large number of mutations — 23, all told — that it had acquired. Most mutations that arise in the coronavirus are either harmful to the virus or have no effect one way or another. But a number of the mutations in B.1.1.7 looked as if they could potentially affect how the virus spread.

Is it more contagious than other viruses?

It appears so. In preliminary work, researchers in the U.K. have found that the virus is spreading quickly in parts of southern England, displacing a crowded field of other variants that have been circulating for months.

However, a virus lineage becoming more common is not proof that it spreads faster than others. It could grow more widespread simply through luck. For instance, a variant might start out in the middle of a crowded city, where transmission is easy, allowing it to make more copies of itself.

Still, the epidemiological evidence gathered so far from England does seem to suggest that this variant is very good at spreading. In places where it has become more common, the overall number of coronavirus cases is spiking. Neil Ferguson, an epidemiologist at Imperial College London, estimates that the variant has an increased transmission rate of 50 to 70 percent compared with other variants in the United Kingdom.

A series of tiny mutations found in many British samples of the coronavirus may help the virus spread more easily. The coronavirus variant is known as B.1.1.7.

Spikes used to latch onto and enter human cells

Some scientists have raised the possibility that the increase in transmission is at least partly the result of how it infects children. Normally, children are less likely than teenagers or adults to get infected or pass on the virus. But the new strain may make children “as equally susceptible as adults,” said Wendy Barclay, government adviser and virologist at Imperial College London.

To confirm that the variant truly is more contagious, researchers are now running laboratory experiments on it, observing up close how it infects cells.

Researchers have already used such experiments to investigate a mutant that arose earlier in the pandemic, called 614G. That variant proved to be more transmissible than its predecessors, studies in cell culture and animals found.

But disciplined containment measures worked just as well against 614G as other variants. The same is likely true for B.1.1.7. “According to what we already know, it does not alter the effectiveness of social distancing, face masks, hand washing, hand sanitizers and ventilation,” Dr. Muge Cevik, an infectious disease specialist at the University of St. Andrews School of Medicine, said on Twitter.