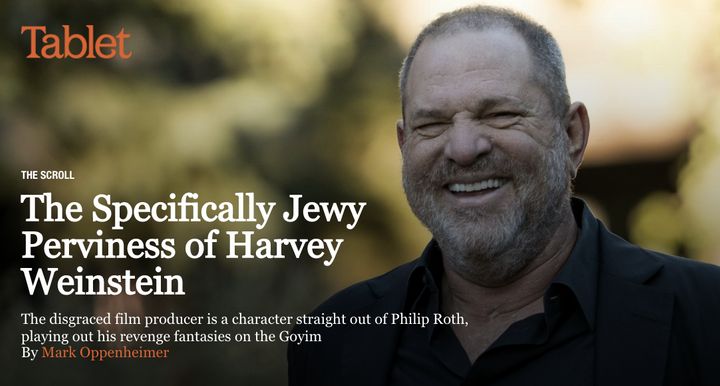 Since Child Victims Act of 2019, at least 150 child sex abuse lawsuits have been filed against Jewish institutions in New York.

ed note–as heinous as it is and as shocking as such news should be to anyone with as much as a microgram of moral fiber in their being, the ugly truth of the matter is that sexually abusing children is as much intrinsic to authentic Judaism as curry is to Indian cuisine.

Apologies to the Indians that you had to be dragged into such an unsavory comparison, no insult intended.

And no, it isn’t a ‘Talmud’ thing at all, but rather goes all the way back to the very beginning of the sordid Hebraic/Judaic affair as recounted in the book of Genesis and the story of Lott, not an Egyptian, Moabite, Canaanite, or Amalekite, but rather the nephew of Abraham himself, considered the patriarch of the Jewish people. As the story goes, Lott has just been paid a visit by a group of gang-bangers from Sodom who want to have sex with the 2 males guests Lott has in his home, and in order to protect them from such an ordeal, Lott instead hands over his 2 virgin daughters to be gang-raped by the group, to wit–

‘Look, I have two virgin daughters…Let me bring them out to you, and you can abuse them as you wish. But please, leave these men alone, for they are my guests and are under my protection.’

So we see, ladies and Gentile-men, that this is indeed part of that ‘old-time religion’ that has always been preached & practiced by those of the Hebraic pedigree LOOOOONG before there were ever ‘Khazars’ and long before there was this book known as the Talmud, and yet, to this very day and at this very moment, the average Christian would/will when asked, look you in the eye and tell you that the Old Testament–with all its criminals and all its criminality–is every bit as holy as the New Testament containing the stories of Jesus Christ who, were He there present at that same gathering featuring Lott giving over his 2 innocent children to be violently gang-raped, would certainly have prevented such an atrocity from taking place, since after all, it was the abuse of children which JC Himself said warranted the death penalty for those who engaged in it.

At least 150 child sex abuse lawsuits were filed against Jewish institutions in New York over the past two years under a special law that temporarily lifted the statute of limitations barring old claims, according to an analysis of the New York court system by the Jewish Telegraphic Agency.

This look-back window for reviving allegations was created by the Child Victims Act of 2019 and it led to a dramatic wave of lawsuits that peaked just ahead of the Aug. 14 deadline. Survivors took advantage of the CVA window to file nearly 11,000 civil suits against individuals and institutions, according to data provided by the New York’s Office of Court Administration.

Only a small fraction of the total involve Jewish institutions, but the number is high enough to reflect a widespread desire among Jewish survivors to hold officials accountable and expose policies and practices that allegedly enabled the abuse.

The number is also a function of the fact that New York is home to almost two million Jews, far more than any other state, and is where nearly all major Jewish institutions are headquartered. The bulk of cases involving Jewish institutions were filed in Brooklyn and Manhattan.

While some of the institutions targeted by new lawsuits appear not to have been associated previously with child sex abuse claims, many others have been the subject of allegations for some time.

There are at least 11 lawsuits, for example, against SAR Academy, a Modern Orthodox school in the Riverdale section of the Bronx, which has been embroiled for years by accusations that two former teachers had molested students in the 1970s and 1980s. One of the teachers, Stanley Rosenfeld, has admitted to molesting hundreds of boys throughout his life.

After the SAR Academy revelations, two other New York schools that had employed Rosenfeld, the Ramaz School in Manhattan and Westchester Day School in the northern suburbs, launched sexual abuse investigations. Both schools are now also subject to multiple CVA lawsuits.

In another high-profile case, Yeshiva University was accused of harboring child sex abusers at its affiliated high school in the 1950s through the ’80s. Dozens of men came together to sue the institution in 2014, but their suit was rejected because of an expired statute of limitations. Now, Yeshiva University has been named in at least a dozen CVA cases.

Non-Jewish institutions that had previously been the subject of highly publicized abuse claims also saw many more filed during the lookback period. Thousands of lawsuits against Catholic clergy appeared, leading four of the eight dioceses in New York to file for bankruptcy protection over the last two years. Another thousand lawsuits name the Boy Scouts of America, whose record on child abuse has also been a focus of extensive news coverage.

Initially, the window to revive cases that had been barred because of how much time had elapsed since the alleged abuse was set to last one year and end in August 2020. But because of the COVID-19 pandemic and its disruption of the justice system, New York lawmakers extended the deadline for another year. They also changed the statute of limitations for future instances of abuse and made a variety of other amendments to lift restrictions on legal actions by survivors.

Trauma and feelings of shame combine to discourage survivors from coming forward. The skepticism baked into the rules and norms of the justice system is also a factor. Statutes of limitations can cause survivors to lose opportunities for recourse; the CVA offered an opportunity, but any survivors who filed lawsuits had to have known about the look-back window and felt compelled to use it.

Advocates for sexual abuse survivors in the Jewish community worked to raise awareness about the look-back period and watched with anticipation as lawsuits entered the New York court system ahead of the Aug. 14 deadline.

For Asher Lovy, who heads the survivor advocacy group Za’akah and lobbied lawmakers in support of the look-back window, learning of the final tally of cases elicited a mixed reaction.

“I feel two ways about it,” Lovy said. “I am gratified many victims are availing themselves of the CVA, especially since I spent so many years fighting for its passage. But there remain a lot of abusers who are not going to be held to account. There are survivors who will have never known that CVA existed and those will never feel empowered to come forward.”