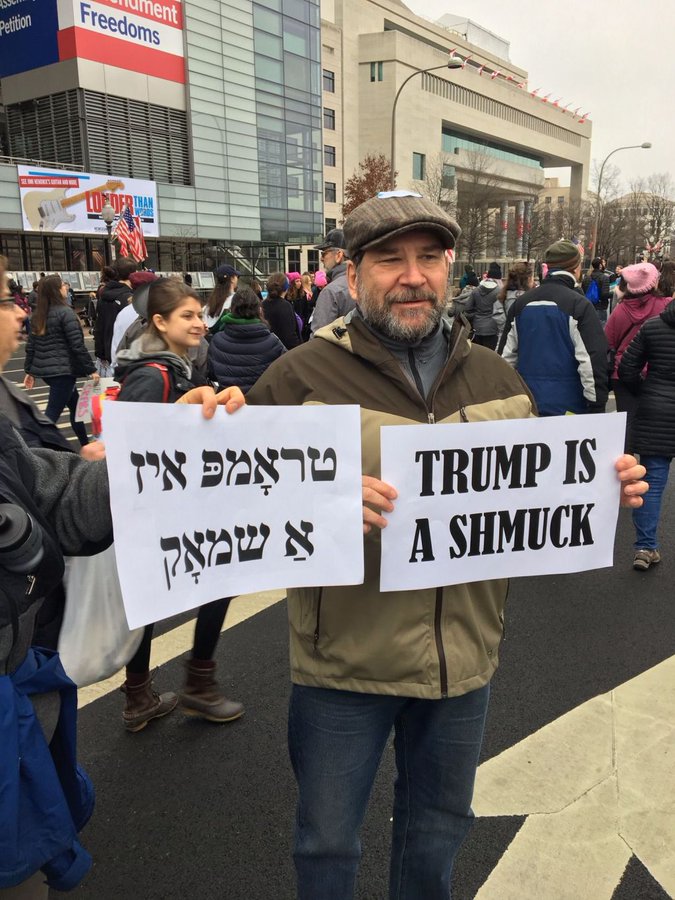 ADL says Trump ‘unfit for office,’ should be removed from US presidency

ed note–And, once again, ladies and Gentile-men, the moment in this little game where we get to throw down the ‘We told ya so’ card.

NO ONE–and especially not those whose ‘claim to fame’ over the years has been monitoring/analyzing/rendering commentary upon the twisty turns and insidious intrigues of the Judaic serpent should react with an ounce of surprise to the statement coming out of ADL and of its commanding commissar Greenblatt, as ADL has been an absolutely UNAPOLOGETIC, outspoken and out-in-the-open enemy of DJT since BEFORE he was even elected.

We are forced to point this out for the one billionth time due to what has been a 5-year long exposition/demonstration of utter incompetence and shocking stupidity on the part of many of the ‘best and brightest’ writers/commentators/’analysts’ making up the ‘911 Truth Movement’ who have asserted–based upon the flimsiest and most superficial ‘evidence’–that the 666 decibel-level seek and destroy mission waged against the person and presidency of DJT on the part of organized Jewry was all ‘just an act’ and an exercise in ‘political theatre’ when in fact (according to their superior skills in doing advanced geo-political math) the real ‘ugly truth’ of the entire affair was that DJT was ‘owned by the Jews’ and that they helped get him elected.

These utter-hogwash positions have been openly and conclusively disproven on thousands of instances long before the 2020 stolen election and political turmoil taking place right now, and the fact that large swaths of those making up the ‘expert’ class within the ‘911 truth movement’ are only NOW coming to grips with the reality that the Jews hate Trump–5 YEARS LATER–underscores why NOTHING they say should be taken with even as much as a grain of salt as they have now outed themelves as functionaries within that same larger ‘Deep State’ against which they claim to be fighting.

The Anti-Defamation League became the first major mainstream Jewish organization to call for Donald Trump’s removal from the US presidency for his role in instigating an armed insurrection at the Capitol.

“In our over 100 years of history, ADL has never called for the president of the United States to be removed from office, but what occurred on Wednesday was inexcusable,” Jonathan Greenblatt, the ADL CEO, said in a letter to the civil rights group’s membership. “It will forever be remembered as one of the darkest days of American democracy and it makes unambiguously clear: President Trump is unfit for office and needs to be removed.”

The mob that stormed the Capitol sought to stop Congress from affirming that Joe Biden won the election. Trump is less than two weeks away from leaving the presidency, but his urging on of the marauders, whose raid left five people dead, has led to calls from Democrats and some Republicans for his removal, either through resignation or constitutional means.

The ADL monitors extremist movements, and Greenblatt attached to his memo reports from his organization about ties between the insurrection and the far right, including anti-Semitic groups. Greenblatt also included petitions calling on social media companies to remove Trump from their platforms, an extension of the ADL’s recent campaign to press Facebook to act more aggressively against hate.

The United States Holocaust Memorial Museum also issued a statement, noting the US Capitol’s role as a venue for ceremonies for survivors.

“That this sacred space was desecrated, including by some individuals displaying neo-Nazi, antisemitic, and white supremacist symbols, several of which glorified the Holocaust, is an affront to all who cherish democracy and those who work to protect it and advance the freedom and dignity of all individuals,” the statement read. “For Holocaust survivors, who have gathered annually for decades in the Capitol to commemorate the past and who deeply love this nation, this was especially painful.”

Democrats are reportedly ready to launch impeachment proceedings against Trump next week. It would be the second time Trump is impeached.